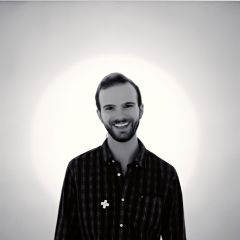 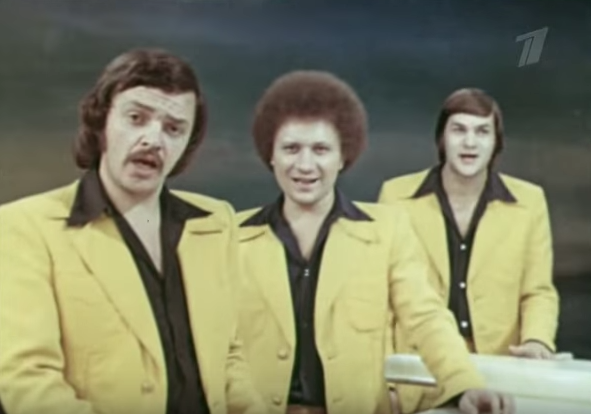 “Vesyolye Rebiata” (The Jolly Fellows), “Krasnye Maki” (The Red Poppies), and “Siniaia Ptitsa” (Blue Bird)—these are just a few of the bands that dominated Soviet mainstream music from the 1960s to the 1980s. While the West twisted, discoed, and boogied, the people of the Soviet Union were treated to a bland but charming, state-censored version of Western music: the so-called vocal-instrumental ensembles (VIAs).

During the post-war era, Western pop poured across Soviet borders via European radio airwaves and record smuggling. Despite expensive jamming efforts, the government was unable to prevent unsanctioned, bourgeois music from garnering a widespread audience inside the USSR. The Soviet leadership was alarmed by the music’s popularity not only because of its promotion of “decadent” Western values, but also because its popularity seemed to undermine Soviet culture’s supposed superiority.

VIAs provided a sanctioned alternative to the state’s more overtly propagandistic efforts to cultivate and win over a new generation of Soviet youth. In the absence of broadly disseminated alternatives, VIAs were hugely popular, selling millions of albums and becoming the de facto soundtrack to late socialism.

Paradoxically, the sonic and visual aesthetics of the Soviet Union’s most popular ensembles such as “Poyuschie gitary” (“The Singing Guitars”), “Samotsvety” (“The Gems”), and “Pesniary” had more in common with their Western counterparts than with the previous generation of Soviet music. As Artemy Troitsky described in his book Back in the USSR :

The words ‘rock’ and ‘beat’ were unwelcome, and so these groups…were officially christened VIA…VIA was a disciplined (or, to be frank, a castrated) version of beat music. A VIA band usually had around 10 musicians in its lineup…and a repertoire including Shadows-style instrumental numbers, limp Russian-language covers of melodies from English and American hits and routine Russian pop tunes with soft electric sound.

Behind the scenes, every VIA had an “artistic director” (read: censor) that made sure the groups’ sound and appearance were to the state's tastes. VIAs were forbidden from dancing or moving around much onstage, had a strict dress code that consisted mostly of suits, national costumes, and military uniforms, and had to follow Soviet ideology—however weak that may have been by the Brezhnev and Gorbachev eras.

Thanks to YouTube and a few online archives, it's still possible to listen to VIAs, which now sound less bland and more kitsch, providing a window into the musical sensibilities that state censors were able to cultivate: sites like sssrviapesni.info, via-era.narod.ru, and zaycev-nett.ru feature extensive lists of VIAs along with some of their most popular songs.

VIAs have not retained their popularity among post-Soviet audiences, however. On VKontakte, for example, membership to groups devoted to Soviet VIAs range from a few hundred to around one thousand, paling in comparison to those devoted to contemporaneous Western groups and that other VIA.

And yet, older generations continue to show their passion for the groups of their youth. The founder of via-era.narod.ru, Valery Kolpakov (b. 1957), says he was a fan of VIAs in his youth and became acquainted with a number of musicians, including Aleksey Puzyrev from The Jolly Fellows and Albert Asadullin of The Singing Guitars while working at a discotheque in Moscow. In 2005, he decided to create the site from the remnants of another VIA fan forum and to this day continues to edit the page and write articles for it.

While many VIAs collapsed along with the Soviet Union, their popularity has persisted, particularly among the Soviet generation that grew up with the artists: the YouTube comments sections for VIA songs are filled with reminiscences about posters’ teenage years and first loves. Like their Western equivalents, these ensembles still regularly perform for large, nostalgic audiences.

Twenty-five years after the fall of the Soviet Union, VIAs remain a cultural cornerstone for Russia and other CIS states. As Kristen Roth-Ey contended in her work Moscow Prime Time, “Soviet rock was derivative, but that does not mean it was inauthentic in the eyes of the people who made it and used it.” And now, thanks to the Internet, the music and stories of VIA artists are still being discussed and preserved by those who were sincerely affected by them.