On YouTube, a Glimpse of the Funny Side of Latin American Christmas Celebrations 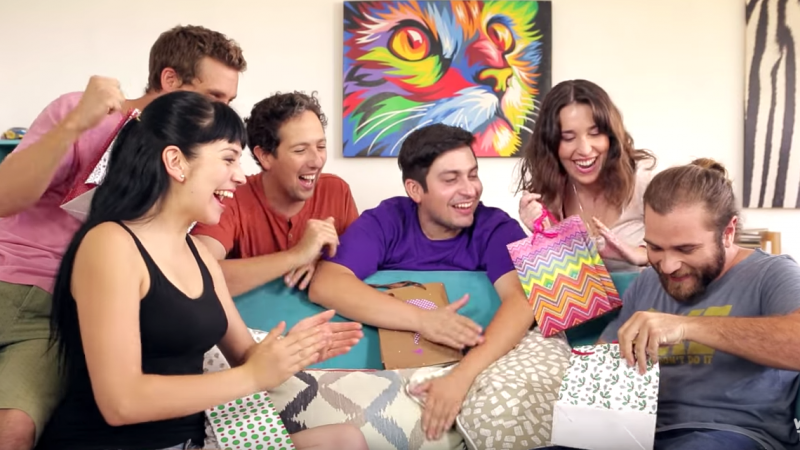 Screenshot of the video made by Woki Toki available on YouTube.

Comedy channels on YouTube are also celebrating the Christmas season in Latin America, and their content says a lot about traditions in their countries.

Some of the videos laugh at the high expectations many have for the holiday celebrations — and how they contrast with the brutal reality. Others explore the way in which family and friends get together to tells stories.

Woki Toki is a popular comedy channel from Chile. A video of theirs recounts the different kinds of gifts people receive, and the people who make them. There's the friend who lies about the gift, the one who can be cruel (giving wrinkle cream to a girlfriend), the chauvinist who gives his girlfriend an iron, and the “friendzone” who gives a woman a ring, only to be disappointed that she considers him just a friend:

Meanwhile, also from Chile, Laf lists the things that happen when people look for Christmas gifts at the last minute:

From Argentina, Ceci Saia contrasts reality and expectations, and points out the importance of party preparations, family disagreements and the hot summer that accompanies Argentinian Christmas:

Further north in Colombia, comedy channel Humor Latino expands on stories about Christmas in Colombia, how people get together, listen to the stories of old relatives, and follow religious rituals mostly in order to get candy and gifts:

Finally, on the US-based Latino YouTube channel Flama, Joanna Hausman lists in English nine “weird” Christmas celebrations in many Latin American countries, and shows the colorful diversity and peculiarity of the celebration around the region: