The World Attempts to Make Sense of ‘Trumpocalypse’ 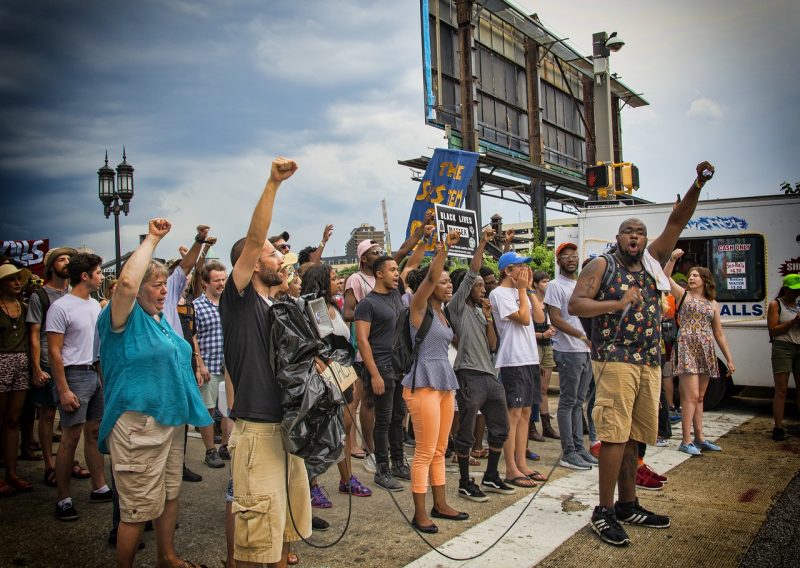 A surprising win for many, expected for others, and a total shock for more than a few. Controversial far-right candidate Donald Trump won the elections for president of the United States of America held on November 8, 2016. Trump was popular among his supporters mostly because, to their eyes, he is anything but the political establishment in which they have absolutely no faith.

Many pundits (and a whole lot of journalists) failed to realize this. Outside the country, the world is pondering how this happened.

This. Is. Not. Only. Poor. Whites. Voting. For. Trump. This is the America we have always lived with, just now undressing.

Another country didn't elect Trump. This one did. Your neighbors and relatives and co-workers and friends did.

Latoya Peterson, a race and culture critic who co-authors the blog Racialicious, tweeted:

I will not fear [election results.] Fear is the mind killer. Fear is the little death that brings total obliteration. I will face my fear.

Palestinian-American Sara Yasin illustrated the fear the Muslim community in the US is experiencing:

So glad Democrats institutionalized a vast and unaccountable national security apparatus that will soon be controlled by a madman.

Some thoughts from around the world

Writer and photographer Stacey Gonzalez, who is based in Canada, summed up how she saw the election using the #Trumpocalypse hashtag:

Well ?? you voted against women's rights, against the environment, against minorities and for racism. You voted in the #Trumpocalypse way2go

This is America, raw and real. Feels like we pretended this whole time that we knew America, but we couldn't have been more wrong.

Marko of Macedonia tried to explain why the polls were so wrong:

Let's break the stereotypes! Polls in the USA were incorrect because a lot of people were ashamed to publicly admit that they'd vote for Trump.

Based in the UK, Dr Siobhan O'Dwyer shared this thought by anthropologist Sarah Kendzior:

“Think Brexit, but with a shitload more guns” – @sarahkendzior has nailed it.

Britain then America. The west can no longer claim to be morally superior. It cannot hide its face behind the mask of liberal universality.

What fascinates me is that most people in the Western hemisphere still seem to think this US election is an isolated incident. Just as they thought Brexit was isolated and a surprise. Or Orban being re-elected in Hungary. Or Duterte's expletive-filled rise in the Philippines. Or Vucic and his nationalist, right-wing progressives in Serbia.

These are not flukes, my friends. This is a clear pattern. I tweeted the other day that “Right-wing ideologies grow and spread when economic & social change are necessary, but liberals & centrists are slow in offering solutions.” I didn't come up with that one all on my own. This has all happened before. It began in 1912 with the Balkan wars and ended with the rise of Hitler and World War 2. And if you don't get it, then you are among the very privileged and out of touch with the average human and with the rest of the world.

I read this Michael Moore piece a while back. And I never much liked the guy (okay, I think he's a whining douche), but I can't help but agree with him when he's right. And he's right.

From Green Bay to Pittsburgh, this, my friends, is the middle of England – broken, depressed, struggling, the smokestacks strewn across the countryside with the carcass of what we use to call the Middle Class. Angry, embittered working (and nonworking) people who were lied to by the trickle-down of Reagan and abandoned by Democrats who still try to talk a good line but are really just looking forward to rub one out with a lobbyist from Goldman Sachs who’ll write them nice big check before leaving the room. What happened in the UK with Brexit is going to happen here.”

And it will keep happening. As long as the failing upper classes are so out of touch with the growing working (or unemployed) classes, things are bound to get worse. One way or another, we will all go through this cleansing process. The more we ignore it, the uglier it will get.

That being said… boy, the next decade is going to be fun to watch! Well, for some of us. As long as you're not too attached to living and working in certain parts of the world.

Referring to the recent rise of the far-right across the world, Mexican journalist and director of online news site Animal Político Daniel Moreno wondered:

Speaking of pollsters’ failure to predict the outcome of the elections, human rights activist from Mozambique, Zenaida Machado said:

Someone will have to reinvent Data, Probability & Statistics, after the upset caused by Brexit and the #USElection2016. Numbers were wrong.

As for US media role in the elections, Nwachukwu Egbunike, Global Voices contributor from Nigeria, had something to say:

Next time, report news. Sadly the mainstream media went amok during the #USelections – they made news!

The image of the day. Someone has left flowers outside the US Consular Office in Moscow with a placard, ‘Je Suis USA’ https://t.co/d9YG5O8DNt

If we decide to believe in democracy, there's little if anything to be sad about. Congratulations to the winner, and may it be – as much as it can be – a not so bad government. Meanwhile, life goes on.

Tonight is a tragedy. Get some sleep. Tomorrow is the first day of the resistance.

Stop saying you're going to move to Canada. What you've got here is worth defending.

People protest, are just and kind in myriad tiny ways every day. Do the same now. Stand up for others. Love those you disagree with. ?

US-based Syrian blogger Anas Qtiesh, also a Global Voices contributor, offered some canine comfort for those who still have a sense of humor:

I think y'all need some pugs right now pic.twitter.com/nkcEkqMjdG

Shout out to all my friends and all my heroes across the world: in Thailand, in Pakistan, in Hong Kong and the mainland, in Russia, Venezuela and Cuba, all across the MENA from Morocco to Bahrain. Chiranuch Premchaiporn and Nighat Dad and Esra'a Al Shafei and Rami Nakhla and Alaa and Oiwan Lam and Nassir and shit I'm so bad at listing everyone. Also shoutout to my Brexit buddies, Tom Steinberg et al.

I'm sitting in the Electronic Frontier Foundation offices in San Francisco running through the disaster scenarios with all of us at 10PM, and trying to channel all the things I've seen you do and act and say in far worse situations.

We're going to have lots of time tomorrow to work out the details, but here's what I'm going to argue for, if it goes the way I think: that our day job here is, to defend /everybody/ from what could happen here, anybody and everybody around the whole world.

We'll need help, and y'all are so good at solidarity and experience and just making me laugh and keep positive and keep going even in the worst of situations. Not everyone here has quite grokked what's going on, but when they do, I'm going to BORE YOU SO MUCH with my questions and begging for advice.