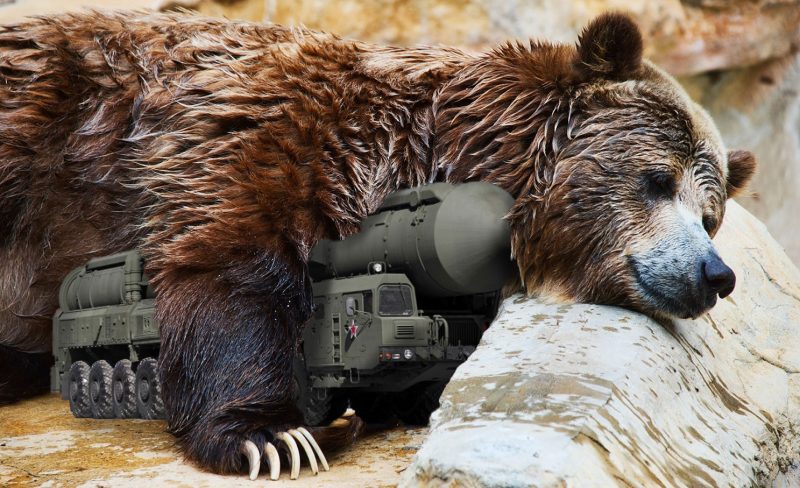 At the US vice presidential debate last week, amid a lot of finger wagging and interrupting, Republican candidate Mike Pence continued an unusual trend this campaign: talking about Russia. Pence recited what he called an “old proverb,” telling the audience, “The Russian bear never dies; it just hibernates.” The saying was meant to capture Russia's looming threat to the United States.

Impressive as the proverb may have sounded to the untrained American ear, it does not actually exist in Russian culture. In fact, the only mention of it is from Pence's own interview with the National Review in 2014. “History shows the Russian Bear’s ambitions never die; they just go into hibernation,” he told reporter John Fund.

However, if there's anything the Russian Internet loves, it's mistakes, misunderstandings, and people misspeaking. Not long after the debate, the spokesperson for Russia's Foreign Affairs Ministry, Maria Zakharova, mocked Pence on her Facebook page. Zakharova, who once shared her own patriotic poetry on Facebook, even wrote in English:

Though Pence seems to have invented the “Russian proverb” himself, it nonetheless reflects the steadily rising tensions between Washington and Moscow. After initial confusion in late September about who bombed a United Nations convoy delivering humanitarian aid to the besieged Syrian city of Aleppo, state officials in the West say the evidence implicates Russia's armed forces.

With 20 confirmed deaths and numerous volunteers and civilians in critical condition, UN official Jens Laerke says the act could be considered a war crime. A coordinator for the UN's Emergency Relief team confirmed that the attack would be a war crime, if it could be established that humanitarian workers were targeted deliberately.

Since the attack, all UN aid convoys to Syria have been suspended.

In the weeks since the airstrike, Moscow has vehemently denied its involvement, going so far as to accuse the US of carrying out the attack, claiming that Russian intelligence shows a US Predator drone in Aleppo minutes after the attack.

The open-source investigation team “Bellingcat,” however, released further evidence pointing to Russia's involvement in the attacks. In the debris, emergency workers discovered the remains of a OFAB-250-270—a Russian-made unguided bomb. According to Bellingcat, “it is widely documented that this bomb is used by Syrian and Russian aircraft in airstrikes in Syria. These bombs are not used by NATO aircraft, in particular drones such as the ‘Predator.’”

As officials in Washington spoke openly about investigating the Russia and Syria for war crimes, President Vladimir Putin suspended an agreement on disposing of plutonium that was signed more than a decade ago. Then, on October 5, Putin canceled another nuclear deal with the US on cooperation in nuclear- and energy-related scientific research and development.

The Kremlin says it is willing to resume the nuclear-cooperation agreements, if the United States agrees to a series of conditions, including ending of economic sanctions against Russia for its military intervention in Ukraine, paying compensation for the sanctions’ damage to Russian businesses, and reducing US troop presence in NATO countries on Russia's borders.

According to Moscow, suspending these agreements was a necessary response to “unfriendly acts” by the United States. The Kremlin shelved the first nuclear agreement just hours before the White House announced it is cutting off all ceasefire talks with Russia over the war in Syria. The US and Russia will continue to communicate, however, about airstrikes targeting ISIS positions in the area, to avoid any overlap or accidental clashes.

“The Obama administration has done everything in its power to destroy the atmosphere of trust which could have encouraged cooperation,” the Russian foreign ministry said in an official statement about the treaty's suspension. “We want Washington to understand that you cannot, with one hand, introduce sanctions against us where it can be done fairly painlessly for the Americans, and with the other hand continue selective cooperation in areas where it suits them.”

Alexey Pushkov, a senator in Russia's Federation Assembly and the former head of the State Duma's Foreign Affairs Committee, wrote on Twitter that the good faith in the United States ran out a long time ago:

Yesterday, on television, I proposed that we never again discuss the “good intentions” and reputed innocence of the United States. It was forfeited a long time ago, for good.

Members of the anti-Kremlin opposition, who typically criticize the government for scapegoating the United States for domestic problems, have found it amusing that Moscow now demands compensation for Western sanctions officials have insisted for years are actually a boon to Russia's economy.

Alexey Navalny, the anti-corruption activist who mounted an impressive mayoral campaign in Moscow three years ago, chided the Kremlin's demands:

Putin demands compensation for the US sanctions. How amazing! Experts have been saying for two years on television that these sanctions have only been beneficial.

Opposition journalist and Chechen War veteran Arkady Babchenko joked similarly, highlighting a T-shirt craze from the past two years featuring images of Russian military hardware with the tagline “Sanctions? Don't make my Iskander [missiles] laugh!” In light of Moscow's new effort to recoup losses for the supposedly “laughable” sanctions, it's the shirts—not the sanctions—that seem ridiculous.

Putin demands compensation from the US for losses from the sanctions, including “losses from the introduction of necessary counter-sanctions.” Well, have you had your laugh? Goodnight!