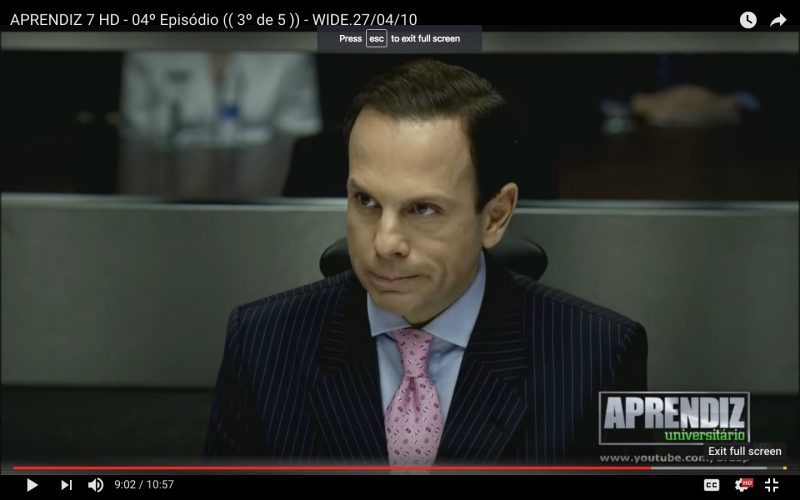 He is a businessman with assets estimated at 170 million Brazilian reais, or about 52 million US dollars. He founded an empire of seven large corporations, in sectors from events management to publishing. He hosted three reality TV programs on network television — among them, the Brazilian version of “The Apprentice” itself.

And on October 2 after a campaign that splintered his center-right party, he was elected mayor of Brazil's largest city in a sweeping victory.

Is this Brazil's very own Donald Trump?

The similarities go beyond their knack for reality TV. Like Trump, João Agripino da Costa Doria Júnior, or João Doria for short, comes from outside of the political establishment, something that proved crucial in the current political atmosphere in Brazil.

The “lava jato” investigations into a bribery scheme worth billions of dollars involving the state-run oil company Petrobras and several large construction companies has left the population with a profound disillusionment with the entire political class.

No wonder then that on Sunday, the rate of abstentions and blank and void votes in São Paulo was the highest it has been of the past six elections. The total number of disinterested voters even surpassed the number of votes Doria amassed for himself.

The center-left Workers’ Party (or PT), which has been in power for 13 years, certainly has bore the brunt of this dismay as it has fielded an avalanche of corruption accusations, a growing recession and the clumsy administration of now-impeached President Dilma Rousseff.

Doria was cleverly placed to embody this anti-politics and anti-PT sentiment. As he has exhaustively repeated, he is “a businessman, not a politician”. In the campaign, he promised to “sweep the PT away from São Paulo”; his slogan, “speed up, São Paulo”, is a direct spoof on Fernando Haddad, São Paulo's current mayor from the Workers’ Party who introduced a maximum speed limit on the heavily congested city's main avenues, angering many drivers.

An opulent businessman with lower-class support

Doria received an overwhelming amount of votes in São Paulo's poorest suburbs, despite hardly being a member of the country's lower classes himself.

The elected mayor is the president of Lide, an association of 1,700 corporations that represents 52% of São Paulo's gross domestic product (GDP) — a state that in turn represents 32% of the national GDP of Brazil's, the world's sixth largest economy. Among the publications owned by his conglomerate is the magazine Caviar Lifestyle, which covers luxury consumption and high-class living.

The new mayor promises to privatize São Paulo's parks, football stadiums, bike and bus lanes, as well as increase vacancies in hospitals and child care by making use of the private healthcare network.

In public, Doria is always finely dressed with designer clothes, from Louis Vuitton suitcases to extravagant Hermès belts accessorizing his signature look of a cashmere sweater wrapped up around his neck. His preppy image has triggered much disdain from his opponents.

While out on the campaign trail, a photo of him making a face while drinking cheap coffee and eating pastel (a type of fried pie) in one of São Paulo's typical padarias (simple eateries that are a hallmark of the city), made the rounds on social media and earned him the nickname “Richard Rich”. But apparently that didn't prevent him from achieving majority of votes in 56 of São Paulo's 58 constituencies. 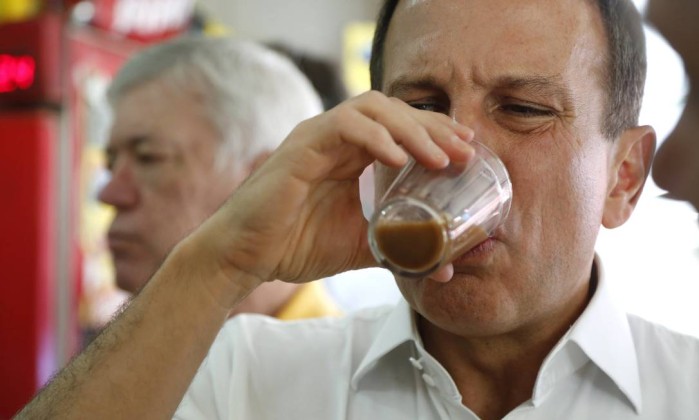 Like Trump in the Republican party, Doria's candidacy triggered an unprecedented rift in the center-right Social Democratic Party. Seen as an outsider by some of the party's caciques, he was accused of jumping the queue of politicians in line for the leadership of Brazil's most important city. Some of his rivals accused him of buying votes during the party's primaries and went so far as to sue him over it.

Doria had a powerful godfather, of course: São Paulo's state governor, Geraldo Alckmin, who has long had a silent feud with the party's leadership (among them, Brazilian ex-President Fernando Henrique Cardoso and Aécio Neves, Rousseff's rival in the presidential elections of 2014). Many see Doria's victory in São Paulo as a personal victory for Alckmin, who has high hopes of running for president in 2018.

And despite his praising of the free market economy, Doria benefited greatly from relationships with the public sector. A story by the newspaper Folha de S. Paulo revealed his companies received 10.6 million reais since 2005 from doing business with the state throughout different governments, including the Workers’ Party-led one. The biggest sum came from Geraldo Alckmin's government, who paid 4.5 million in government advertising in his publisher's magazines.

Wonders of political marketing: a notorious preppy boy was transmuted into a hardworking John; an old-school politician that splintered his party by buying votes at the primaries was transformed into an anti-political manager; finally, a businessman that made a career of exploiting relationships with the state was transformed into an activist of the efficiency of the private sector. Communication is everything. “In politics, what seems to be, is”.