Ayatollah Khomeini Died 27 Years Ago, But a Trump Advisor Still Wants Him to Condemn Last Week's Attack in Nice 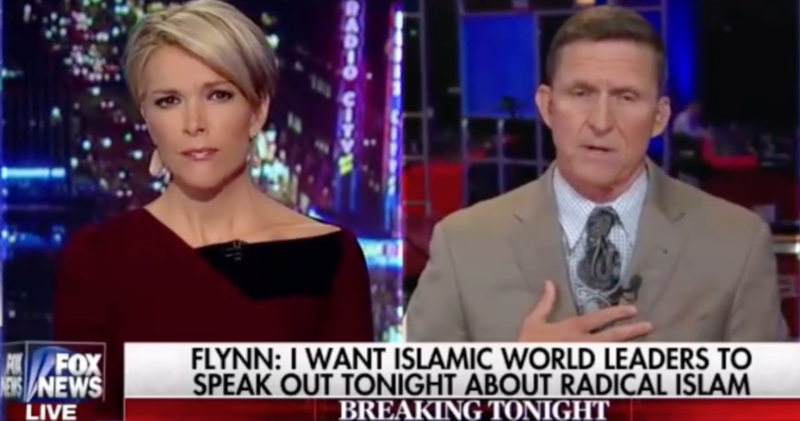 Donald Trump's presidential campaign has always advocated “getting tough on Iran,” but the rhetoric escalated ever so slightly last week, when retired Lieutenant General Michael T. Flynn, one of Trump's chief military advisors and a former director of the Defense Intelligence Agency, demanded that Ayatollah Khomeini—a man who's been dead for more than a quarter of a century—condemn the attack on July 14 in Nice, France.

Appearing on Fox News with Megyn Kelly, Flynn said angrily, “I want the Imam, or Khomeini, to stand up and be counted and to talk about this radical form of ideology in their bloodstream, in their DNA.”

Flynn either confused the name “Khomeini” with Iran's current supreme leader, Ayatollah Sayyed Ali Hosseini Khamenei, or he is unaware that Ayatollah Khomeini died 27 years ago. Whether the mistake was confusion or ignorance, Flynn appeared on Fox News again the following day, on July 15, and said Khomeini again, insisting that the long-dead man denounce the attacks in Nice.

Internet users both in Iran and the US have shared a few thoughts about Flynn's curious interest in “the Imam Khomeini.” Iranian Twitter user Ameneh Mousavi tweeted:

American Internet users took an interest in the story, as well, after the Huffington Post wrote about it:

“Flynn’s offer to list Muslim leaders was undermined by the fact that his top example had been dead for 30 years” https://t.co/8thyQRxdbQ

Cool, let's give the codes to ppl who cant tell diff bet. living ppl and really dead ones COME ON https://t.co/MRhPsxayug via @HuffPostPol

Wonder if he knows that Gorbachev isn't president of Russia.