Russia's Children's Rights Commissioner Is Stepping Down, But We'll Remember Him for These 7 Things 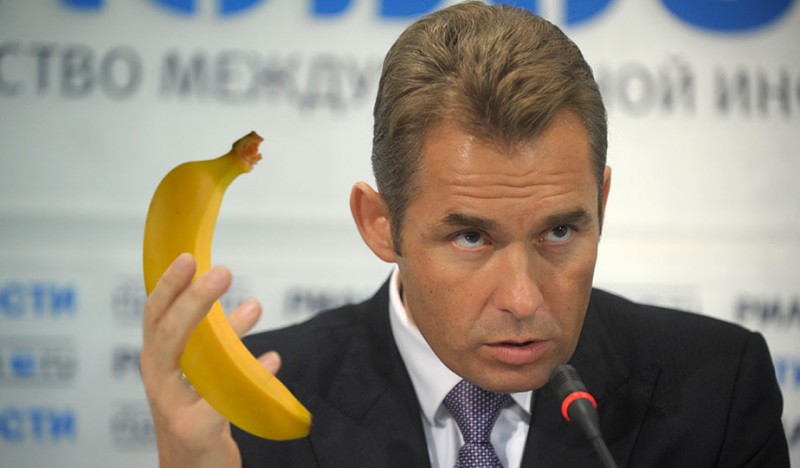 Pavel Astakhov, Russia's children's rights commissioner and a man of many talents, is finally stepping down. Astakhov's resume is quite something: he's written crime novels, hosted TV shows, and worked as a defense attorney, with clients that include former Moscow Mayor Yuri Luzhkov and his wife, Yelena Baturina, Russia's former culture minister, Mikhail Shvydkoi, the conductor and musician Vladimir Spivakov, and dozens of other celebrities and public figures.

And it's safe to say that Astakhov is a celebrity himself, though his claims to fame are owed generally to a history of public scandals and gaffes. RuNet Echo reviews the seven most memorable moments of his career, as we part with Russia's longtime children's rights commissioner.

1) The Courtroom Poet
Back in 2000, when Astakhov was the founder of a legal firm in Moscow, he decided to read one of his own poems aloud in a courtroom. This was before the days of Facebook and other modern social networks, but the nascent Russian Internet took notice. Astakhov was defending Edmond Pope, the American convicted of smuggling military equipment out of Russia, and later pardoned by Vladimir Putin. You can still read some of what Astakhov recited in court, and it's pretty bad.

The code of laws does not have a soul yet,
But you do have a soul, I know that.
Russian have wide-open hearts, and sincere faith,
And ready to behold the Creator,
And ready to forgive not once, not even twice.
So maybe it’s enough with
Wrongfully convicted, crucified?

Astakhov himself has described the poem as a “cry of his soul,” saying it was inspired by either a moment of enlightenment or confusion (though he isn't sure which).

2) The TV Judge
For eight years, from 2004 until 2012, Astakhov routinely appeared on Russian television as a judge for the country's very first court show, “Justice Time” (Час суда). The show was poorly staged, but Astakhov took his role very seriously, scolding the show's participants for bad behavior, telling them to spit out their chewing gum and remove their sunglasses, for instance. Fans praised Astakhov's good looks and personal charisma, but hard-hearted Internet users generally preferred to mock him and the show as cheap entertainment.

3) A Modern-Day Mercutio
In 2005, Astakhov defended Khabib Patakhonov, a 19-year-old illegal immigrant from Uzbekistan, who impregnated Valya Isayeva, an 11-year-old girl from a poor neighborhood in Moscow. With Astakhov's help, Patakhonov escaped prison and was let off with a mere suspended sentence. The Russian mass media depicted Astakhov as the savior of a modern Romeo and Juliet, claiming in reports that the girl tricked Patakhonov, her neighbor, into drinking alcohol, before “seducing” him. After the trial, Patakhonov gained Russian citizenship and married Isayeva as soon as she turned fourteen. Astakhov came under fire from both feminists and Russian nationalists, but the controversy didn't stop him from being appointed to serve as Russia's children's rights commissioner four years later.

4) Full Support for the Ban on US Adoptions
In 2013, Astakhov supported Russia's infamous “Dima Yakovlev law,” which forbids American citizens from adopting Russian children. When asked about his position on the legislation, Astakhov went a step further than the law, saying he opposes all foreign adoptions, though he feels American foster parents are the absolute worst.

5) Inaction When Faced With Forced Marriage
In 2015, Astakhov neglected to intervene in a scandal in Chechnya, where 17-year-old Louise Goylabiyeva was being married to Nazhud Guchigov, an already-married police captain in his 50s (and apparently a personal friend of Chechen ruler Ramzan Kadyrov). Several independent media outlets reported that the marriage was forced on Goylabiyeva, but Astakhov, Russia's children's rights commissioner, made it clear that the case didn't interest him. Justifying his inaction, he awkwardly explained to the public that “early marriages” are more necessary in some areas of Russia, because local women “are already shrivelled by the age of 27, and look about 50 to us [in Moscow].” Astakhov later admitted that his phrasing wasn't ideal, but afterwards on Twitter he still referred to 27 years as “the age of shriveling” for women.

6) The Twitter Idiot
Just a few months after Goylabiyeva's controversial marriage, Astakhov polled his Twitter followers about whether they view chaining schoolchildren to their desks as an acceptable pedagogical tool. Astakhov later said he doesn't support the practice, but the Twitter survey gained viral attention online, and many interpreted it as a passive endorsement of the unorthodox teaching method.

7) The Worst Icebreaker Ever
Earlier this summer, in 2016, Astakhov finally landed in a scandal he couldn't live down. Meeting with survivors from a deadly boating accident in Karelia that claimed the lives of 14 children, Astakhov began with the now-infamous opening question, “So how was the swim?” The insensitive remark sparked enormous public outrage, fueling a Change.org petition calling for Astakhov's resignation that attracted more than 155,000 signatures. In the end, Astakhov actually did agree to step down. On July 1, he confirmed rumors that he is submitting a letter of resignation to President Putin. On July 4, the Kremlin confirmed that Astakhov is stepping down.