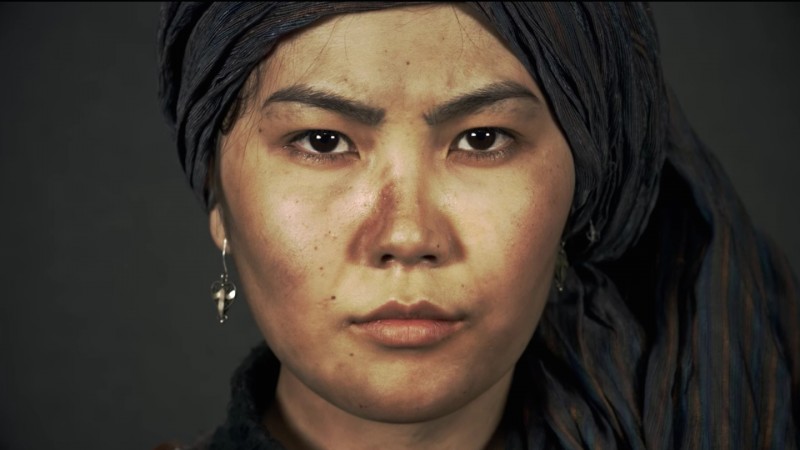 Kazakh women: Defenders of the nation. Screenshot from YouTube video posted on the official channel of the Kazakh Ministry of Defense.

Seemingly in a nod to the upcoming Victory Day holiday celebrated throughout the former Soviet Union and amid efforts to attract more recruits into the army, Kazakhstan's defence ministry has released a video showing how the Central Asian country's women warriors have changed over the last 550 years.

Well, in recent times Kazakhstan's government has been propagating the idea of the Kazakh khanate as the medieval state which provided the historical basis for modern-day Kazakhstan.

The Kazakh khanate had rarely been mentioned beyond Kazakh academic circles before it got a political shot in the arm following Russian President Putin's public comments that Kazakhs “had never had a state” prior to their independence from the Soviet Union.

Those comments were made amid bilateral tensions between the two countries over the Ukraine crisis in 2014 and the following year Kazakhstan marked 550 years since the foundation of the Kazakh khanate in a nationwide celebration of the country's nomadic history.

As for the participation of women in the armed forces, this seems to be a theme being promoted by current defence minister Imangali Tasmagambetov.

Tasmagambetov, who is occasionally mentioned as a potential successor to 75-year-old President Nursultan Nazarbayev, was moved to his post following high-profile stints as mayor of Kazakhstan's two largest cities Almaty and Astana, and seems determined not to drop out of the public's view.

The minister was widely praised by netizens last year for holding a ‘Miss Army‘ competition that promoted the role Kazakh women of all ages and backgrounds played in the forces, while aiming to persuade more men and women to sign up.

The latest piece of ministry propaganda is somewhat reminiscent of the viral ‘100 Years of Beauty’ series highlighting changes in women's fashion across different countries.

The ministry's emphasis on the approximately 8,000 women serving in Kazakhstan's military has been welcomed by many.

Women activists in Central Asia and the broader ex-Soviet region often complain holidays such as the May ‘Victory Day’ holiday and the ‘Defenders of the Fatherland’ holiday in February are excessively masculinized, fostering negative gender stereotypes and downplaying female contributions to the region's history.

But in using a single ethnic Kazakh heroine, the ministry's video perhaps does a disservice to the role other ethnic groups played in defending the multinational country in the 20th century (and particularly during World War Two) when Kazakhstan was a part of the Soviet Union.