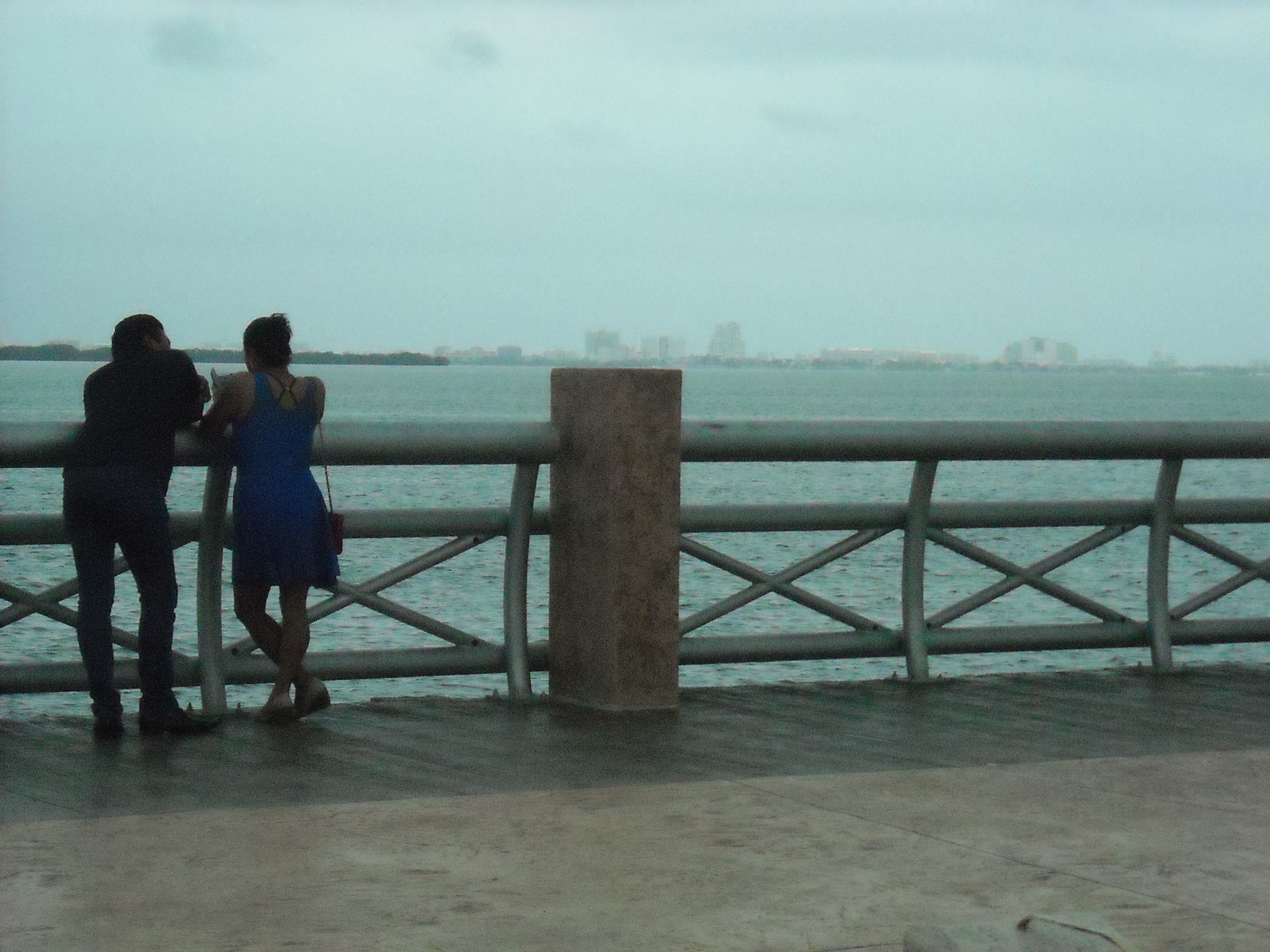 Across the bay from the glittery hotel district, Cancun residents often enjoy some cool respite on the city's breezy malecón, Latin America's name for a seafront promenade. On a typical evening, people can be found jogging, playing, dog walking, or just taking in the fresh Caribbean trade winds. Until January 16, a dense mangrove forest led up to Cancun's malecón, separating the peaceful walkway from the bustling city. But at 2 a.m. on that Sunday, bulldozers moved in and tore the mangrove trees away, destroying a much-needed green space for residents and demolishing the habitat of thousands of creatures.

The residents of Cancun reacted, and moved to protect and restore what was left of the mangrove forest. Leveraging social media, notably Facebook pages Salvemos Manglar Tajamar (Let's Save Tajamar Mangrove) and Guardianes del Manglar Cancún (Mangrove Guardians of Cancun), as well as Twitter, calls to action have been rapidly answered by the community, leading to connections with Greenpeace and the international network to save mangrove forests worldwide.

Every day and night since January 16, the Guardianes del Manglar stand vigil under a blue and white tent, next to a painted tarp depicting a large mangrove tree embracing the earth with its extensive root system. The Tajamar Mangrove had been home to many animals, including the enormous crocodiles that delight residents, and figure prominently in historical Maya cosmology. 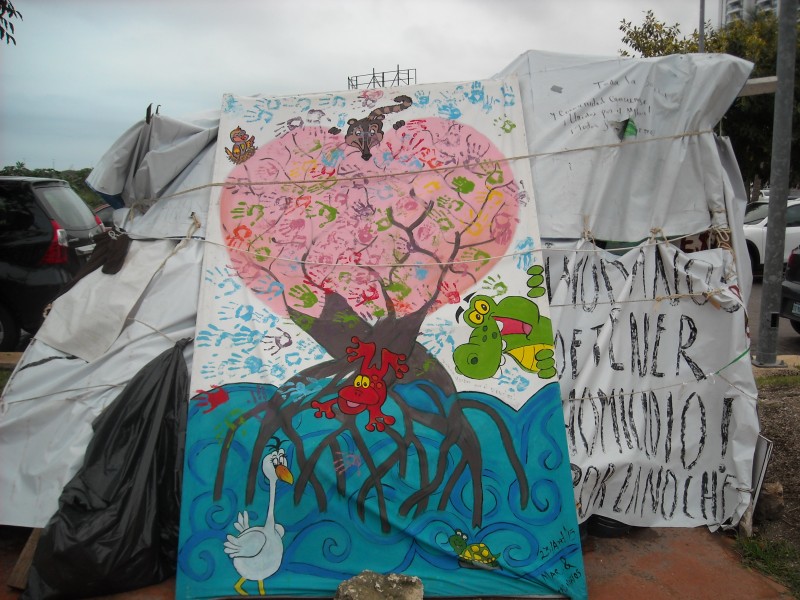 Wire fencing partially surrounds what looks like a messy construction site, full of broken, upturned trees, stagnant pools and leftover materials, some of them labeled “toxic.”

In the darkness before dawn on January 16, bulldozers entered the area, which is supposedly protected under Mexican law, ripping out the rare white mangrove trees and destroying the habitat of thousands of creatures. Dismembered crocodile carcasses [Warning: Disturbing Images] were on view in the days and weeks after, while other animals were ploughed under and buried alive by the heavy machinery. 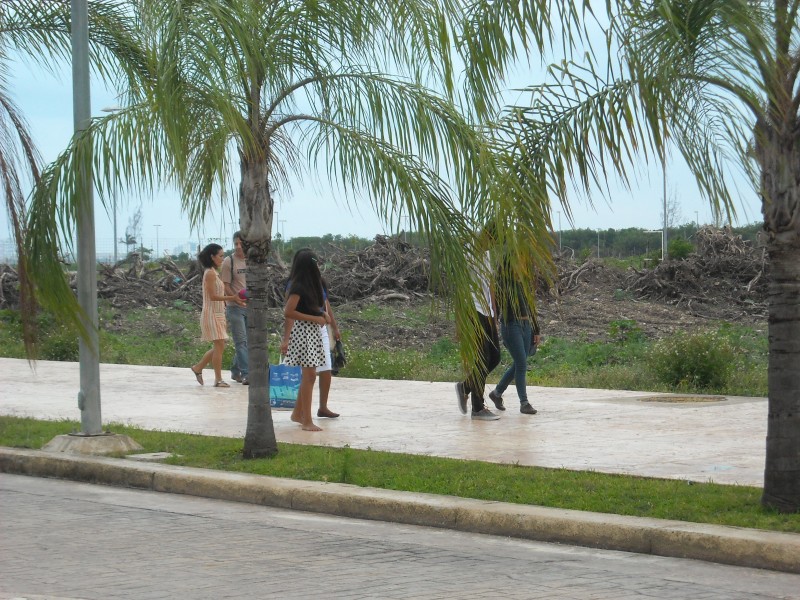 Young people out for a stroll next to destroyed Tajamar Mangrove. Photo: Danica Jorden

The destruction was carried out under the supervision of Mexico's National Fund for Tourism Development, FONATUR, with federal police on hand to protect the operation. 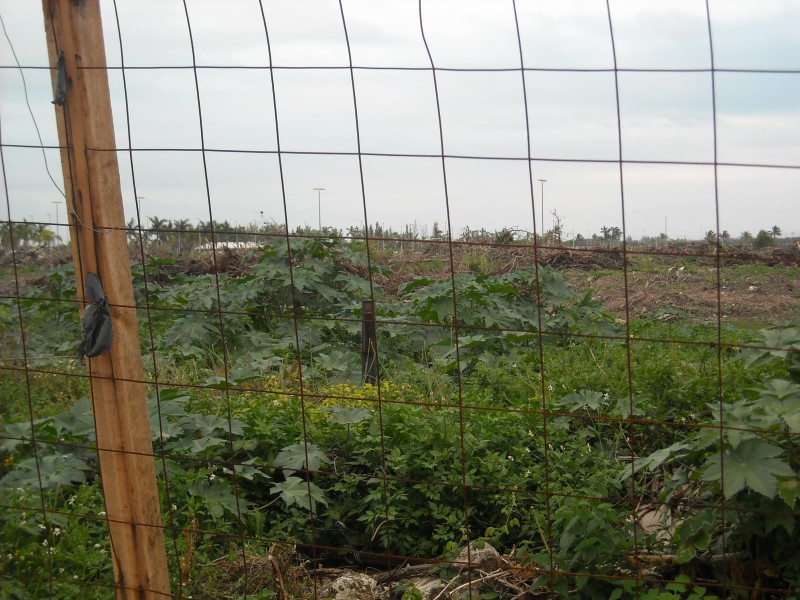 As one of the only greenspaces for Cancun residents living in an increasingly hot and concrete-covered city, the loss of Tajamar Mangrove was immediately felt and civic reaction was swift: young people spearheaded an urgent campaign to take legal action to stop the developers. Citing Mexican law as well as international legislation strictly forbidding mangrove destruction, citizens and youth groups were able to convince a judge to halt the demolition.

By January 20 — just four days after the initial bulldozing — a court had issued an injunction against further development, the Guardians moved in and fences were installed. At first, the fences were covered with black plastic sheets, but activists tore them down to better survey the area and ensure its protection. Ever since the injunction, the situation has reached a a stalemate, with community members keeping watch to make sure nothing else happens overnight. 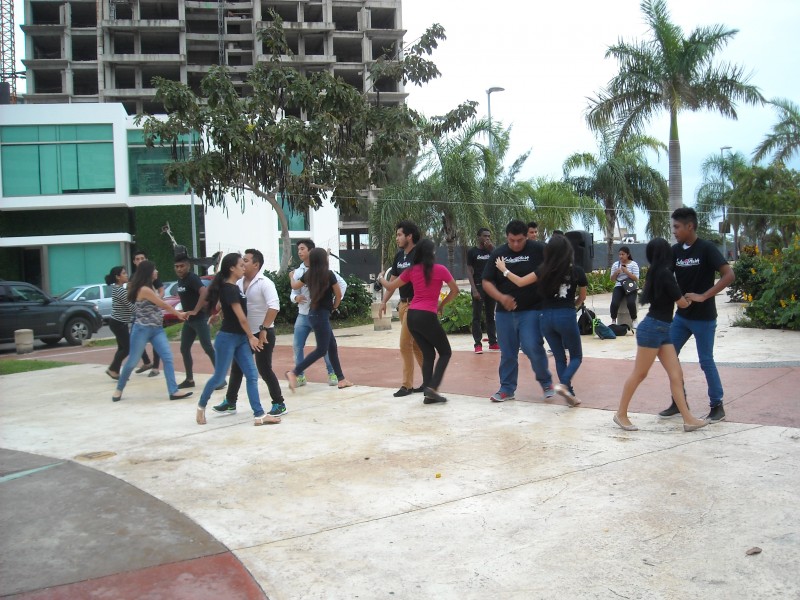 When asked how the mangrove used to look, the teen members of the Salsa Power Dance Workshop began gesticulating excitedly and exclaimed in unison:

It was GORGEOUS! So big, so green!

Mangroves protect and enlarge the shoreline. According to Coastalcare.org, “the greatest benefit of mangroves is their ability to reduce storm surges.” In an area as prone to hurricanes as Cancun, which was devastated by Hurricanes Gilbert in 1988 and Wilma in 2005, the loss of mangrove forests is a serious issue — and not just in Mexico — mangrove destruction also affects the Americas, South Asia, Australia, the Pacific Islands; in fact, in many countries the world over. Each remaining mangrove is essential, but the very location of mangroves on prime coastline is often too enticing for governments and developers, who are eager to clear the way and reap the benefits of beachfront hotels and other properties.

Patrícia Toscano, taking a walk on the malecón one evening with her sister Yolanda and friends Alejandra and Aracely, explained:

The people, especially the young people, are trying to save the mangrove. The government lied to us. The destruction they left behind is a disgrace. Day and night, volunteers are moving to save the environment, not just in Cancun but all over Mexico. 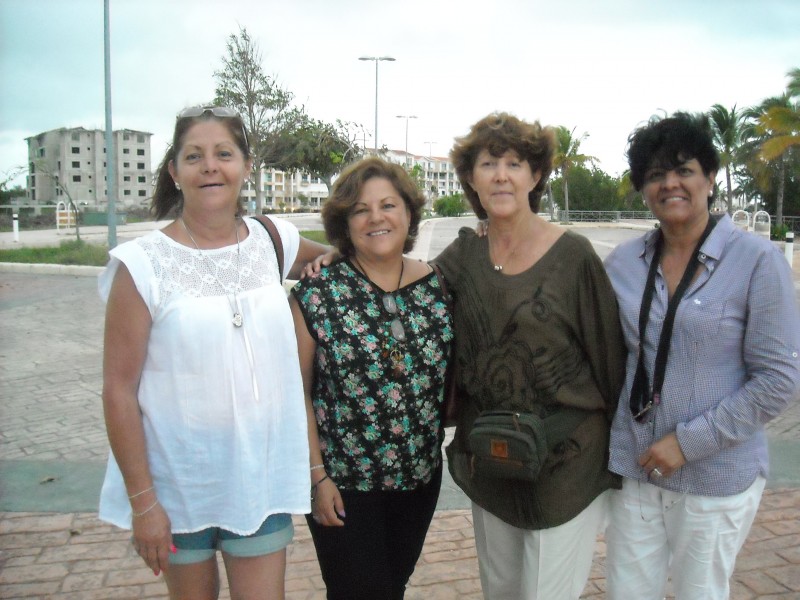 “I love to jog there,” explained Kemel Farjat, a realtor in the hotel district. “In the middle of the night, they took it all away. And for what? Another shopping mall!” Farjat quickly added, “But it's coming back.”

Indeed, thanks to the Guardians and other activists, youth groups and citizens, the area is being protected and allowed to recover. An egret was spotted from the path that used to cut through the lush forest, and a bright yellow bird flitted inside the wire enclosure, just as a frightened grey and white iguana with a broken tail quickly jumped into a drainage sewer. 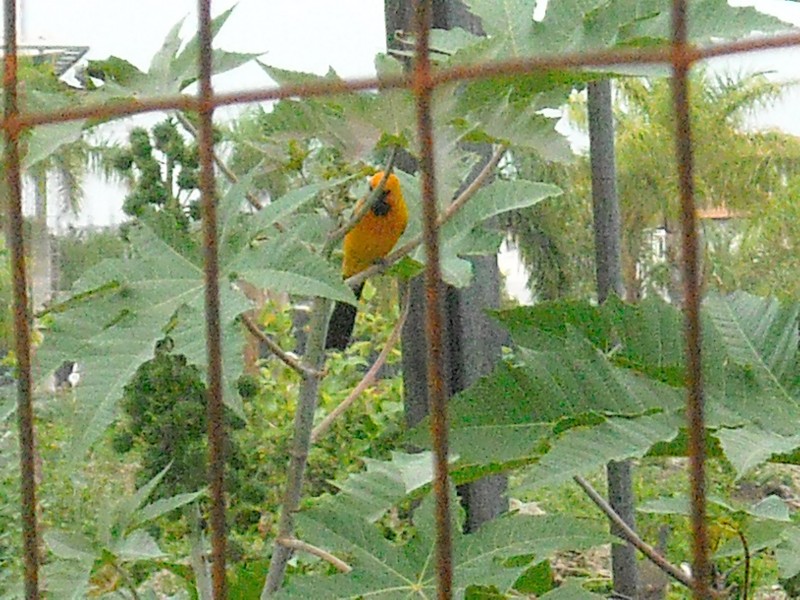