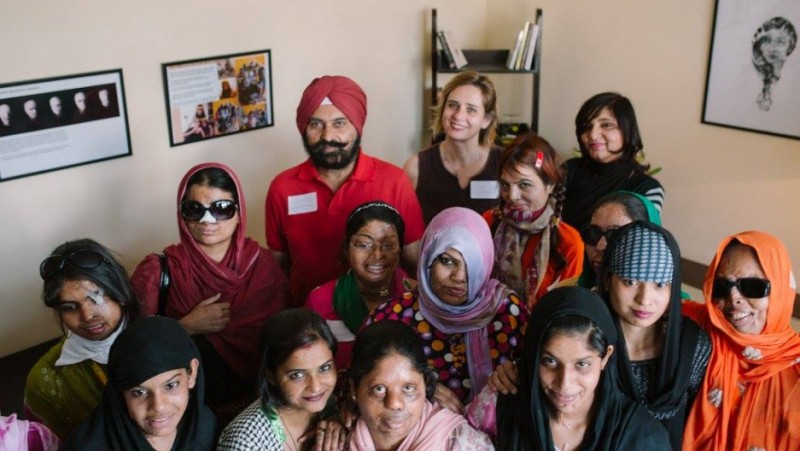 This article by Isis Madrid originally appeared on PRI.org on April 1, 2016, and is republished here as part of a content-sharing agreement.

Ria Sharma wasn't always an activist. Just a few years back she was a fashion student at Leeds College of Art. But she felt uninspired by the work, and decided to branch into film. Her first project: A documentary about acid attack survivors.

“While I was shooting the documentary, I found myself in a government hospital burn ward,” says Sharma. “The things I saw in the ward left me forever changed. I had never witnessed so much misery all at once, I had never been surrounded by so much pain. When you are in that situation you have two options, you could either return to the comfort of your own life or you could try and make someone else’s life comfortable.”

The pioneering Delhiite, 23, now dedicates her life to helping acid attack survivors. She founded Make Love Not Scars in 2014 to support victims, who are mostly women. And on March 7, she launched the first-ever rehabilitation center of its kind in India to extend services to survivors of acid attacks. 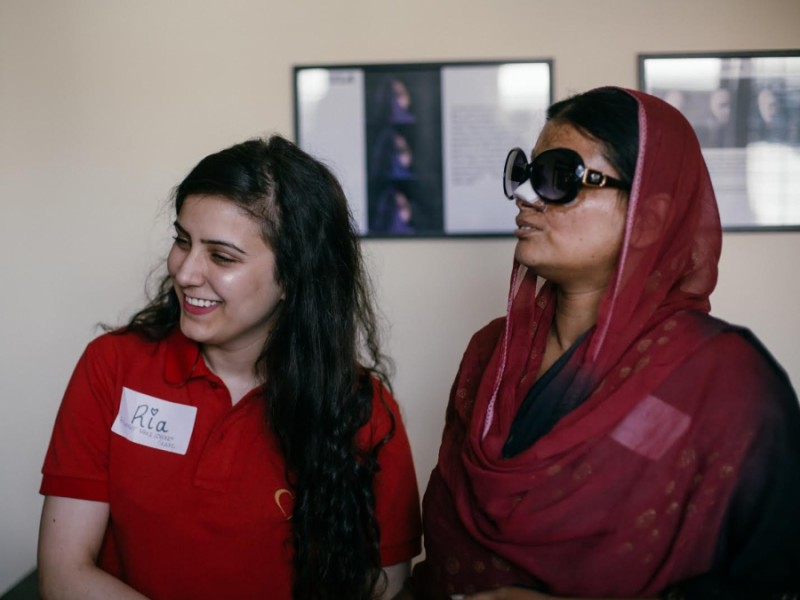 The groundbreaking New Delhi center supports survivors medically, legally, psychologically and financially. Providing access to yoga, poetry and a range of emotional support, the center is a place Sharma hopes women recovering from attacks will feel comfortable. In addition to providing a safe space for local women to bond as they receive treatment, training and support from professionals, the center is equipped with sleeping quarters for survivors who come from out of town.

Acid attacks are a problem all around the world, but particularly in India. There, an estimated 1,000 acid attacks are reported by women each year, often at the hands of a spurned suitor or disapproving family member. Most women don't report the incidents, however, and Acid Survivors Trust International says that the actual number is much higher. 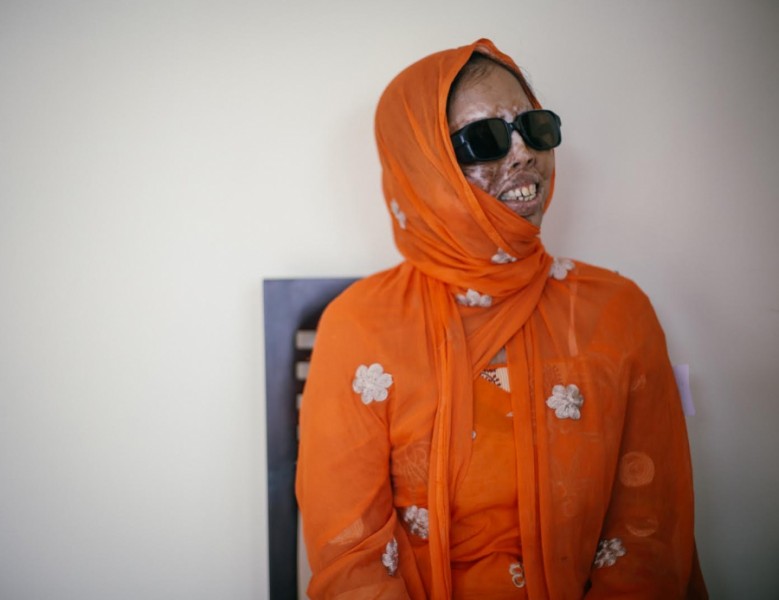 A liter of acid, available to anyone at stores across the country, costs as little as 33 cents in India.

Since founding MLNS in 2014, Sharma has learned that, more than anything else, acid attack survivors need help getting quality medical treatment. She and her co-workers fundraise for survivors who need help paying for treatment and legal representation. When possible, MLNS also appeals to the Indian government to provide free treatment.

Last month Sharma was awarded the British Council International Alumni Award by the mayor of London. But the path to esteem was anything but simple for Sharma and her co-workers. Early on, she fought against ageism and patriarchal values that demeaned her ability to succeed.

“[At first,] we struggled to be taken seriously,” she explains. “It was hard to get people to believe in our vision, because, at the end of the day no one wants to trust individuals that young with their money.” 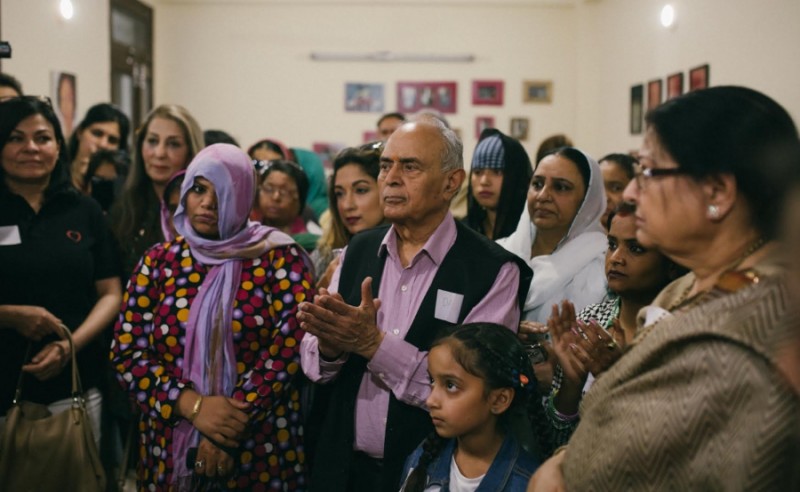 Two years later, Sharma and her organization have gained international acclaim from the likes of the New York Times; teamed up with advertising heavyweights Ogilvy & Mather to design and mount billboards across Mumbai calling for a ban on selling acid; and now find themselves attracting big ticket donations from corporations.

“It's a constant struggle for me,” she says. “I prefer to take calls before I actually agree to a meeting because I don’t want people to judge me by my age or appearance.”

The MLNS center is a point of pride for Sharma, and not just because she fought so hard to open it. In addition to providing survivors with skills and resources, the center provides full-time employment for three Delhi women and a rotating team of teachers. One of these employees is herself an acid attack survivor. 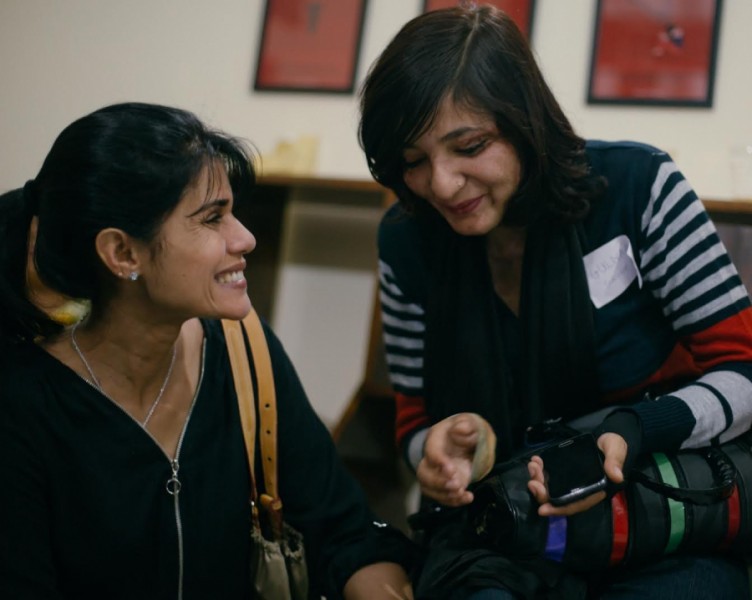 “I feel really good about the direction we are heading in,” says Sharma. “I think the existence of such a center is going to be extremely instrumental towards changing the lives and future of acid attack survivors.”

In ten years, Sharma hopes to see no need for the organization that she's fought so hard to establish. Her dream? By then, survivors will have gained the tools to live productive, independent lives — and acid attacks will have all but disappeared from the cultural sphere.