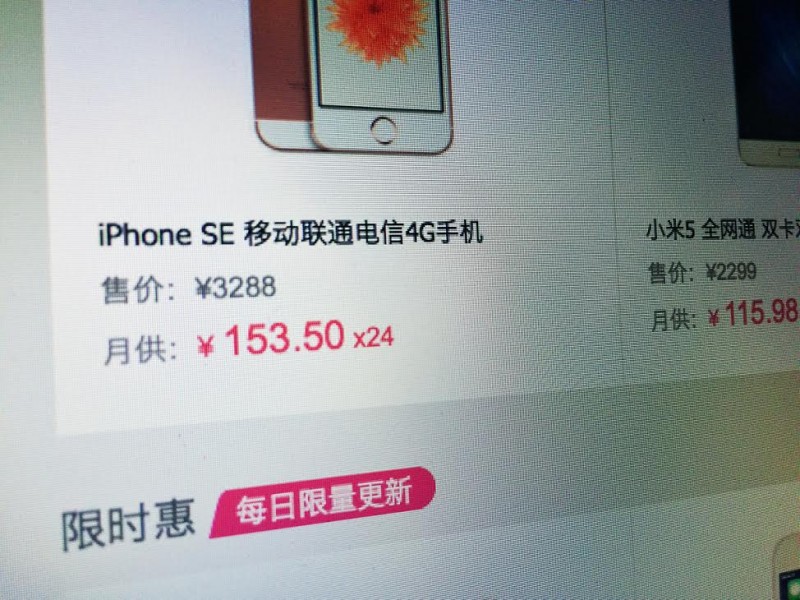 “For Chinese college students, the most delicate issue after graduation is repaying loans, rather than splitting up with a boyfriend or girlfriend, or facing unemployment,” a netizen recently remarked on China's Twitter equivalent Weibo.

Chinese online financial services have been booming in the past few years and many platforms are offering small loans to their customers for online shopping.

Such micro-credit services are very popular among college students. But many of them end up falling into the usury trap.

Du, a college student in Huai’an of Jiangsu province, an eastern part of China, bought an iPhone by instalments from an online loan firm but found he was unable to pay his debt on time.

To prevent a late payment, he borrowed one loan after another and eventually piled up debts of almost 80,000 yuan (approximately $12,380) in total.

He is one of many.

The growing market for internet financial services ranging from loans to investments lacks regulation and is full of traps for both investors and customers.

One online finance outfit Ezubao was charged by authorities earlier this year for illegally drawing funds worth 50 billion yuan ($7.8 billion) from 900 thousand people nationwide, according to the state-owned Xinhua news agency.

Many of the firms work in unison with online shopping platforms, by providing incentives for students to buy their goods in instalments.

The students in turn just need to show ID cards and fill out a short form as part of the credit application process, with approval typically taking less than 24 hours.

The college students usually overlook the loan firms’ demands for extra service fees for arranging the deal. When the students cannot afford to pay for their debts, their parents have to take them on — if they can afford to.

As the Southern Weekend reported last month, one college student bought an iPhone by signing a contract with Hi Cash, a popular Internet loan firm.

He ended up paying 50 percent more than the marked price because of hidden service fees, but worse was still to come.

To the student's horror, he later found out that the contract he signed was a fourth party agreement, which endorsed Hi Cash to utilize his information to apply for a loan in his name from another firm, a transaction about which he claims he had no knowledge.

Under the current practice, Internet loan firms are merely required to register under the Administrative Bureau of Industry and Commerce but are not subject to supervision by financial authorities.

Moreover, the online credit application, which only requires basic ID information, offers a lot of space for loopholes.

Zheng, a college student in Henan province of China, committed suicide after racking up debts of up to a million yuan (over $150,000) last month, according to the China Times.

The report said Zheng had used the ID cards of 28 fellow students to apply for loans in order to engage in online football gambling.

In an interview with state-owned Central Television, Zheng’s father said the loan firm should accept its share of the responsibility for his son's death.

In addition to the usual techniques for harassing debtors (persistent phone calls, lawyers’ letters etc) the loan firms reportedly resort to harassing family members and exposing the names of the student debtors to the public via online platforms.

Meanwhile, the government mouthpiece People’s Daily has called for responsibility to begin at home, telling students’ parents to “guide to their thoughts, cultivate their financial literacy and raise their consciousness of risk.”

To prevent the abusive use of students’ private information, Wang Xinrui and Guo Junlei, lawyers at Anli Partners in Beijing, wrote an article in the Financial Times urging the government to ensure protection of private data and extend regulatory control to online finance.

The online finance industry involves sensitive information regarding identities and transactions. Leaks of information will jeopardize the public interest. The authorities should impose more restrictions to prevent information leaks and harshly punish those responsible.

Sheng Songcheng, the general director of the Statistics and Analysis Department at the People’s Bank of China, said in January that the bank will focus on monitoring Internet loans as part of a strengthened supervision system, while late last year the bank and other government financial departments issued a comprehensive guideline on promoting the healthy development of Internet finance.

The guidance specifies that online finance services should comply with the current legal framework, such as the Private Lending Provisions, which set an annual interest rate not exceeding 24% as legally blinding.

How the guidance will be implemented, however, remains to be seen.