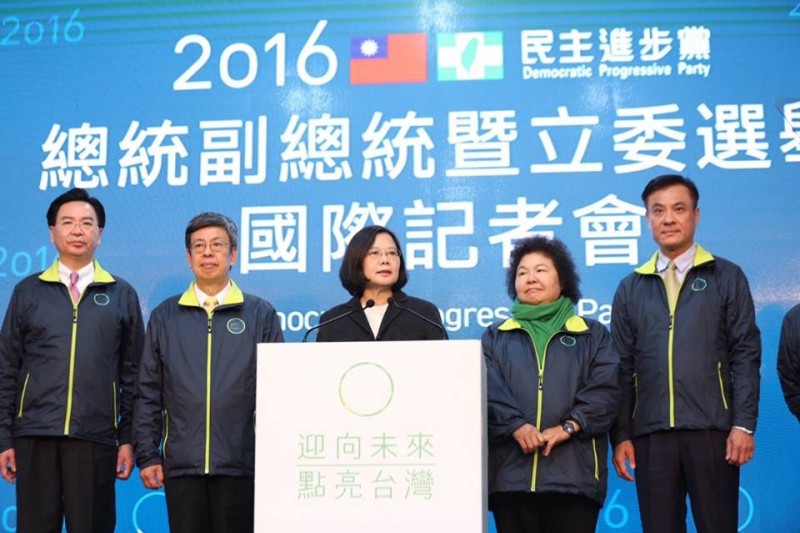 Tsai, popularly known as “Little Ying” and “Xiao Ying,” also led her party to a majority in the legislature, taking 68 of the 113 seats up for grabs, handing the president-elect a considerable mandate for the next four years. Tsai is expected to focus on improving social security in a struggling economy that's facing rising unemployment, low salaries, and a rising cost of living.

Facebook user Chen Fang-yu summarized what many were feeling, following the election:

These are my election views:

1. Party alternation is a normal occurrence in a democratic political system, and the goal of elections is not to choose the wisest leader, but to tell the ruling party: “If you don’t perform well, you can be voted out.”

2. This is the first time party alternation has happened in my country’s legislature. Pan-blue [KMT and its affiliates] seats in the past never fell below 50 percent. For the first time in history, the DPP was entrusted by the people with a complete mandate. I hope, in the next four years, these politicians do not forget that their mandate comes from people, who will continue to monitor their performance. (Everyone please be more interested in politics! Every aspect of our lives involves politics!)

3. Taiwan faces many challenges—both domestic and international—and we must deal with that seriously. The failure of President Ma Ying-jeou's administration was the result of the government's failure to listen to people's voices, and the DPP must remember this lesson.

4. It is a pity that the Green Party and the Social Democratic Party were unable to to gain any legislative seats. Taiwan still needs meaningful left-leaning parties, in order to strike a balance against the two major parties’ right-leaning policies.

Tsai supporters shared their celebration online. Irene Chang joined the crowd at Tsai’s campaign headquarters and wrote “We've made it!” on her photo: 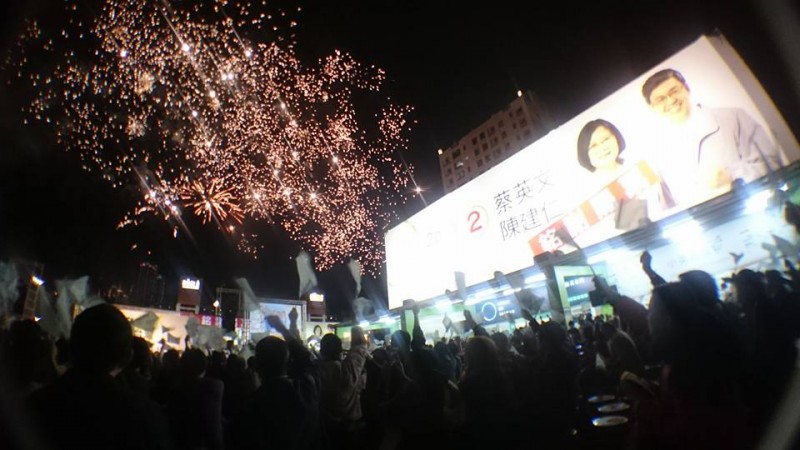 While the weather was good after a rainy week in some parts of Taiwan, voter turnout was the lowest recorded in all presidential elections, reaching just 66 percent (compared to 74 percent in the previous election in 2012). Absentee voting is not an option in Taiwan.

Some did return home to vote, such as the owner of this coffee shop in Chiayi County. He closed his business for the day, so he could return home to his registered voting precinct. The sign he posted on the shop's gate has gone viral online: 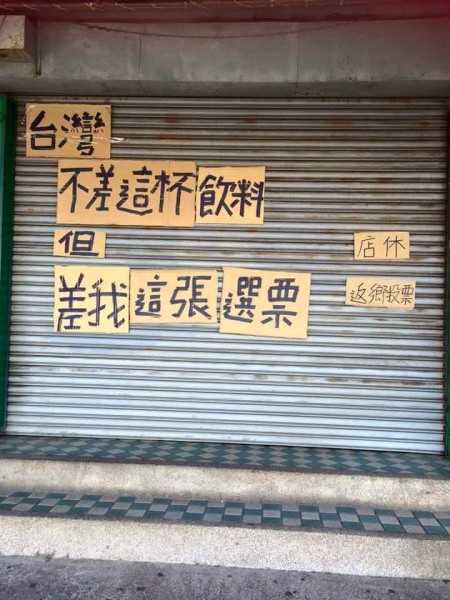 The note on the gate reads, “Taiwan won't miss a few cups of coffee, but it will miss this vote. This store is on vacation. I've gone home to Vote.” Photo from Facebook Noodles News.

International observers from various backgrounds (including academia, think tanks, and the news media) traveled to Taiwan a few days ahead of the election to observe the country's democracy in action. Many of them reported their observations on Twitter. Those who couldn’t come to Taiwan followed the Twitter tag #TaiwanElection to see the election unfold online.

Varsity, a magazine run by students from the Chinese University School of Journalism and Communication, also organized a team of reporters. They observed how the failure of the One Country and Two Systems in Hong Kong has helped DDP to gain voters’ support:

Banner outside DPP headquarters says step over the corpse of HK and stay away from China #TaiwanElection pic.twitter.com/tdrvosDPq4

#TaiwanElection shows power of sustained civic activism. It's a rare brightspot for democracy in recent years. On China's doorstep, no less.