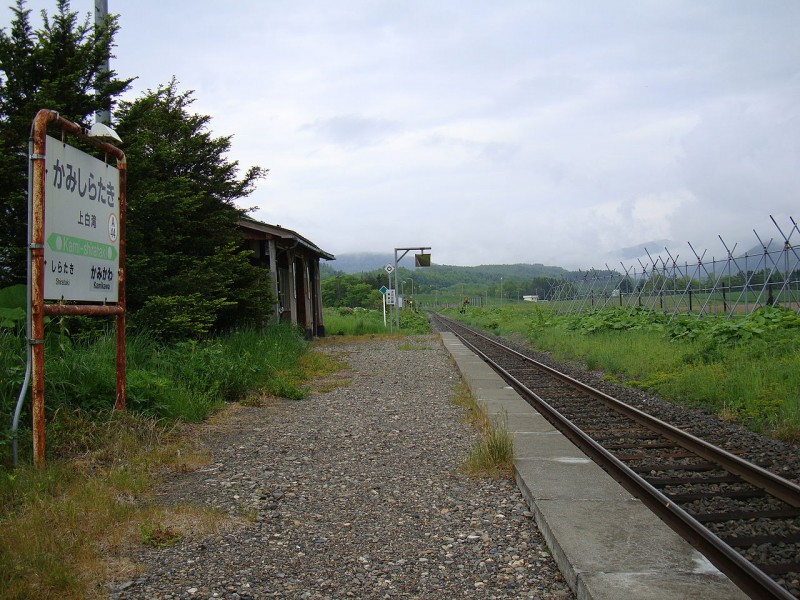 Kamishirataki Station in Hokkaido has become an obsession with Japanese trainspotters in January. Photo by Wikipedia user 221.20 Licensed under Public Domain.

January began with a heartwarming viral story from Japan about a train line that has been kept in service for just one student until she graduates from high school. The story started in Japan in December 2015 when some Japanese Twitter users noticed there was a train stop in rural and remote Hokkaido that served just one passenger — a high school student — and was widely reported in the media there. Unfortunately, while the story itself has been partly debunked, a local blogger reports that the high school girl has become the target of tori tetsu (撮り鉄) trainspotters who demand to take her picture.

According to the story that went viral, the train made one stop in the morning to pick up the girl to take her to school. The train made a special return trip to drop the girl off in the evening after school.

There's a train station that's only used by one high school student. ✌( ‘ω’ )✌ How great is that?

In early January, China's CCTV News discovered the story. In an English-language post that has been shared nearly 90,000 times, CCTV News explained:

For years now trains have stopped at the station just for her. Japan Railway will keep the train station open until she leaves school. The girl is expected to graduate on March 26, 2016, when the station will then be closed. Every day only two trains stop at the Kami-Shirataki station with a unique timetable depending on when the girl needs to go to school and back.

After that, many other English-language media outlets around the world picked up this feel-good story.

There were some skeptics. For example, Singapore's Straits Times pointed out the story may have been romanticized. The timetable was never created uniquely for the student, who can actually can choose from several transportation options when commuting to and from school.

As well, the end of the Japanese corporate fiscal year (when railways such as JR tend to change operations) occurs in March, as does high school graduation. It's just a coincidence that that end of the rail service coincides with the student's graduation from high school.

Whether based on reality or a feel-good fantasy, the viral nature of the story in Japan has caused problems for the female high school student at the center of it.

According to one local blogger in Hokkaido, the student is being pestered and stalked by over-eager trainspotters. 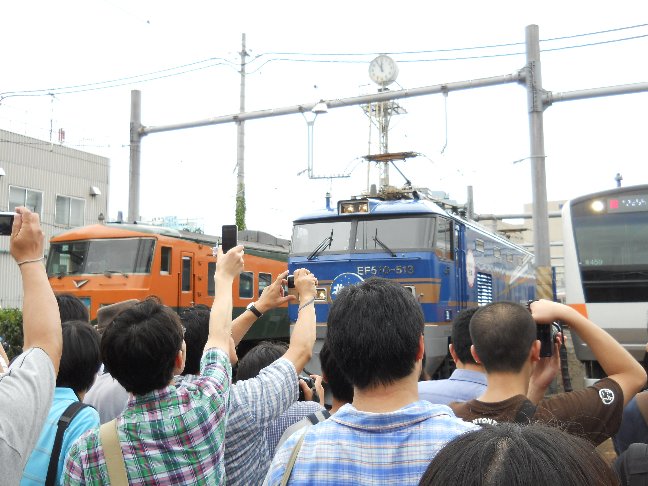 Trainspotters in Tokyo. Image by Wikipedia Leinsd. Licensed under CC 3.0.

Trainspotters, known as densha otaku or tori tetsu in Japanese, are a major and sometimes majorly annoying cultural force in Japan.

While trainspotting involves taking and sharing photos and videos of trains, for some enthusiasts the hobby can border on an obsession. For example, any self-respecting trainspotter will have purchased an all-Japan freight timetable and travel to remote locations to take snapshots of specific locomotives.

Many trainspotting “maniacs” (マニアック) will also seek out specific seasonal scenes, such as a steam locomotive passing through cherry blossoms or an express train traveling through snow.

In the case of the Hokkaido high school student, it seemed like every trainspotter in Japan was traveling to Kamishiritaki in hopes of snapping a picture of the girl waiting for her train.

The obsession with the student seems to have crossed the line into harassment. The situation is so disturbing that one trainspotter, Mint Jam, a local blogger who lives in the area (and also happens to blog about trains), has made an online plea to trainspotters to stop their harassment of the student:

Recently it's been reported in newspapers and on television about how a high school girl here is the sole user of Kyu-Shirataki Station. Because of the publicity, a number of trainspotters have traveled here to capture pictures of the student boarding the train.

According to Mint Jam, trainspotters have been demanding the student pose for their pictures. What's worse, they tell her exactly how and where to stand:

A lot of trainspotters are giving the student directions, and I've heard people are even bothering her family at home. She's just a young student and she's also preparing for her final exams. It's becoming impossible for her to relax at all during the day.

It's also important to remember this is a private citizen and not some paid model you can order around.

While Mint Jam didn't know whether or not anyone on the Internet would actually ever read her plea, her blog post imploring trainspotters to improve their behavior itself went viral, and was picked up by several Japan matome (news aggregator) sites.

Mint Jam's blog post was discussed on Japan's 2chan (a massive discussion board roughly equivalent to Reddit or 4chan), where Japanese trainspotters are typically loathed and despised.

In one of the milder comments in a thread about tori tetsu behavior toward the student, one 2chan user said:

Trainspotters are just made up of worthless people who don't give a damn about anyone or anything around them.

For the next two months or so until graduation it seems the student will have to gaman (我慢) or just put up with tori tetsu trainspotters.

For others perhaps unaware of her plight, the lonely, doomed train station provides some nostalgia to relieve the winter blahs.

This train schedule is totally awesome.

Note: while many Japanese and English-language publications have printed the student's name, we have chosen not to do so to help protect her privacy.