Greece's Great Fight for the Future 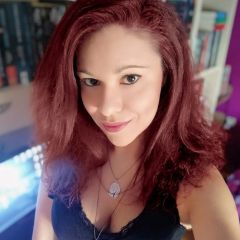 Greece is preparing to hold its first national referendum in more than 41 years. The last time the country came together to vote like this, it was 1974—the so-called Metapolitefsi—and Greece's very transition to democracy was at stake. On June 27, in a national address that's available online with subtitles in several different languages, Prime Minister Alexis Tsipras announced the country's new referendum, set to take place on July 5. The speech came after midnight, after a flurry of emergency meetings, surprising many throughout Greece and the rest of Europe.

The referendum will formally ask Greek citizens to accept or reject a plan submitted by the European Commission, the European Central Bank, and the International Monetary Fund that would extend financial help to Greece but includes two new austerity measures: “reforms for the completion of the current program and beyond” and “preliminary debt sustainability analysis.” The debt-laden country received two bailout packages in 2010 and 2011, but that program expired this week.

Following the midnight announcement, Greeks spent the weekend reacting with a mix of understanding and panic, with thousands of people rushing to ATMs to withdraw money, forcing the national bank to take “significant efforts” to ensure the country's cash supply.

#Greece Huge ATM queue in the biggest square of my city, Thessaloniki. I am afraid that my country is falling apart. pic.twitter.com/aNJTSbsEb1

Queues at ATM in Galatsi (a neighborhood in Athens)

Among the Greek public and in newsrooms around the world, people have struggled to remain calm, battling frustration and anxiety. Within minutes of the Prime Minister's speech, Twitter users introduced the hashtag #Greferendum and #dimopsifisma, which soon became rallying points for expressions of fear, hope, irony, and more about the breaking news:

The best opinion polls were always the foreign betting sites. YES is going to have a landslide victory

In Brussels, political analyst Paul Quinn mourned what he expects to be the death of “European solidarity”:

Did we reach the point that [our European] partners condemn a prime minister for deciding to ask what his voters think?

Welcome to the Schism. Welcome to the Bank Run. [The National Schism was a period of major political conflict in Greece that began in the 1910.]

In northern Greece, the blog Milamere has its own thoughts about the future:

The greatest bet of our generation: yes or no to euro? Europe or Third World? Democracy or totalitarianism?

Others remembering this era, however, tweeted in the opposite spirit:

The Metapolitefsi generation should APOLOGIZE to its children

Zoi Konstantopoulou, the speaker of the parliament, described Greece's new referendum as “a historic initiative taken by the government, 41 years after the inauguration of current Constitution, implementing the direct democracy procedure and demonstrating trust in the people.”

In the shadow of the referendum, the atmosphere in Europe is far from pleasant, with Eurogroup officials largely critical of Greece's choice to put the issue to a popular vote. Belgian minister and Eurogroup head Jeroen Dijsselbloem described the situation as unfortunate, adding that Prime Minister Tsipras’ decision came as a surprise. Similarly, German Finance Minister Wolfgang Schaeuble stressed:

The Greek government unilaterally ended negotiations. Currently, there is no any basis for further negotiations. None of our partners, with whom I spoke, has any idea of what we can do right now. Nobody sees any possibility for an agreement.

Later, Eurogroup's 18 member states released a collective statement about the situation in Greece:

[…] The Eurogroup recalls the significant financial transfers and support provided to Greece over the last years. The Eurogroup has been open until the very last moment to further support the Greek people through a continued growth-oriented programme. The current financial assistance arrangement with Greece will expire on 30 June 2015 […] The euro area authorities stand ready to do whatever is necessary to ensure financial stability of the euro area.

Meanwhile, on June 29, European Commission President Jean-Claude Juncker called on Greek citizens to vote “yes” in the referendum, arguing that a “no” vote would amount voting against Europe. Earlier, on June 26, the Financial Times’ economics correspondent Ferdinando Giugliano tweeted:

Hard to see how the Greek banks can survive a week of uncertainty before a #Greferendum. Capital controls on their way? #Greece

In fact, shortly after Giugliano's comment, Greek officials announced that the country's banks wouldn't open on Monday, June 29, and would remain closed until July 6. During this period, ATM withdrawals will be limited. The Facebook satirical page Plasticobilism immediately took aim at the emergency measure:

“Damn you ATM. Be afraid of empty people, not empty ATMs”. From Facebook page

Political opponents of Prime Minister Tsipras and his leftist Syriza party wasted no time criticizing his handling of the situation. Fofi Genimmata, the new leader of a rival political party, has already demanded Tispiras’ resignation, calling for snap elections.

Evangelos Venizelos, whom Genimmata just replaced, has called the referendum a “coup” movement and an illegal effort of grab votes, questioning the vote's very constitutionality.

Antonis Samaras, a former prime minister and the leader of New Democracy, Greece's main opposition party, has accused Tsipras of irresponsibly isolating the country, while Costas Karamanlis (yet another former prime minister) has warned that Greece would face dire consequences if it breaks with the Eurozone.

The most vital interests of the nation demand that Greece stay within the heart of Europe. The existent EU defects do not negate in any way the value of this strategic orientation. Unwise choices undermine this principle, sending the country on adventures with unpredictable, possibly irreversible consequences.

The #greferendum by itself is not undemocratic; it's the timing, dishonest question, govt's propaganda &no plan for #Grexit that make it so.

Into the great unknown

Greece is struggling to breathe, and European austerity measures are deeply unpopular. In recent years, unemployment, layoffs, bankruptcies, and even suicides have risen worryingly. The people feel pushed to their limits and consequently reacted in the last elections, in an attempt to abandon the years-old corrupt political status quo. All of these events have brought the country to this moment, the greatest challenge it has faced in its modern history.

As the weight of these issues lead Greeks to the polls next weekend, Europe waits with bated breath to see what the future of European democracy holds for the place it was born. 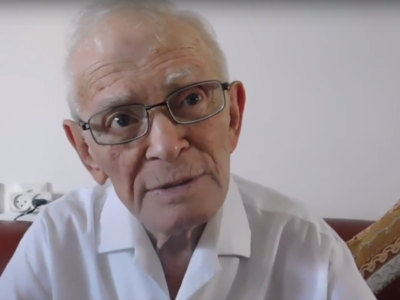