For many Jamaicans, the World Cup doesn’t start until Brazil plays 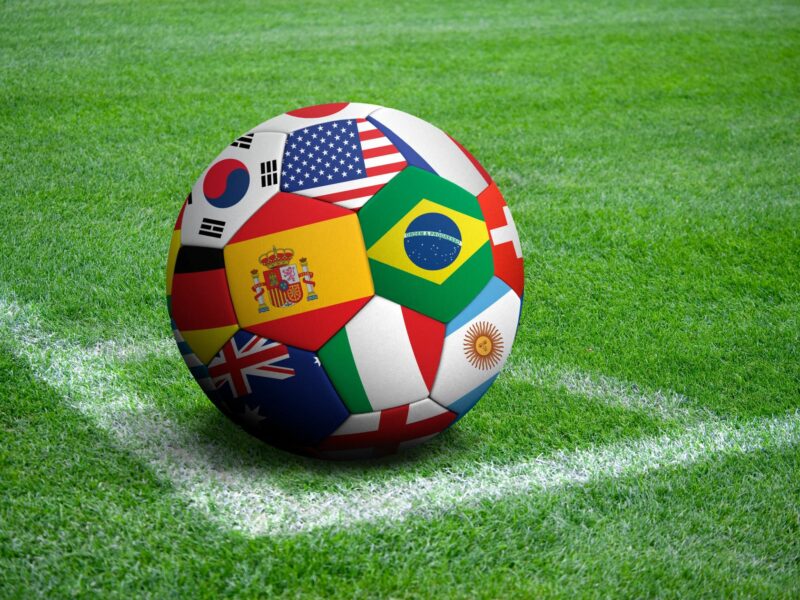 In Uruguayan writer Eduardo Galeano's classic, elegant history of the World Cup, “Soccer in Sun and Shadow,” he says, “[I]n the stadiums I plead: ‘A pretty move, for the love of God.’ And when good soccer happens, I give thanks for the miracle and I don't give a damn which team or country performs it.” While Jamaicans do like pretty moves, they prefer them to be performed by a particular team: Brazil.

To many Jamaicans, the World Cup doesn’t start until Brazil enters the fray. In Kingston, the island’s capital, traffic quietened and even newsrooms were hushed as Brazil made its 2022 debut, playing against Serbia on November 24.

Anticipation for the World Cup began to build a week or two ahead, with street vendors selling flags representing the various participating countries. They always make sure they have a good stock of Brazil flags (as well as Argentina, which is the runner-up among Jamaicans’ favourite teams). These flags are usually affixed to the front windows of cars, fluttering proudly in the breeze. Some vehicles have even been seen sporting two different flags.

In many communities, the “Brazil effect” is palpable. One Jamaican journalist observed:

Seriously, Brazil could easily be a political party or church in Jamaica. It's the only other thing I see capture Jamaicans so much. I am not kidding, I heard loud celebrations all over my community when Brazil scored each time and chants at full time. What is going on?!?!?!

Breaking News: PSOJ, the Government and Jamaica Chamber of Commerce have met and agreed to allow all work to end in the country today at 2pm. This is to facilitate fans and haters alike to watch the Brazil game. More info to come. #FIFAWorldCup #BrazilvsSerbia

Whether at work or play, the World Cup in general is making an impact. In a Gleaner article, the president of Jamaica’s Human Resources Association weighed in on the dilemma of whether to give employees time off to enjoy “the beautiful game,” adding that World Cup trivia games can provide “a little fun at work”:

Let them know you care, and this will boost long-term engagement from the employees even if productivity may dip somewhat.

One Brazil fan took his passion to work with him:

Our 2pm lunch date with my work husband nah go nawmal at all today…. no sah, me never ready for this excitement 🤣😂🤣🤣🤣

In inner-city Kingston, residents of Trench Town and surrounding areas forgot their troubles and staged an impromptu victory parade down Collie Smith Drive after Brazil’s win, prompting one tweet:

If you had any doubt that Jamaica is a Brazil country, please bring your attention to the road march/motorcade in a section of Kingston after Brazil's win over Serbia today!#WorldCup2022#Samba#Brazil pic.twitter.com/ZEnYvdKcYj

Brazil even entered the dancehall space:

Comedian Julie Mango’s take on the World Cup and Brazil was a skit with a heated discussion among patrons (one rather tipsy) at the local bar:

Indeed, in neighbourhood bars, passions were rising as the game began:

#CheerstotheCup: Brazil vs Serbia is officially under way! No goals yet, but the fans are out in their numbers and the debates are already heated!

Stay tuned as #TheSTAR continue their live coverage on the ground!

On Twitter, some Jamaicans made their loyalties perfectly clear:

Cultural commentator Wayne Chen rhapsodised over the second Brazil goal, and made a prediction:

Richarlison’s second goal against Serbia had the feel of history; something magical that we witnessed; something we will be talking about decades from now as the first sign that Brazil was destined to win the 2022 World Cup. #WorldcupQatar2022 #WorldCup2022

Where did this devotion to Brazil originate from? Is it the similarity in the colours of the two countries’ flags, the flamboyant style of play, or the presence of so many players of colour during an era when much of football was white? Economist Wesley Hughes opined:

In the 1970s boys cheered for their favorite Brazilian player (not any country) – Pele, Carlos Alberto, Jairzinho, Revellino, Ado, Roberto, Cesar, Edu, Everaldo, etc. “Our” first ever global superstars! That feeling of pride has been passed down.

“Brazil fever” appears to have started during that era:

And one very special Brazilian star lit a spark that, apparently, has never gone out:

Pelé and his club Santos visited Jamaica in 1971, one year after they emphatically won the 1970 World Cup, helping Jamaica's Brazil passion take root. Edson Arantes do Nascimento received the Keys of the City of Kingston from Mayor Emerson Barrett before the start of a match between Santos and Cavalier Football Club. There is no historical video footage of the occasion, unfortunately, but four years later, Pelé returned to Jamaica, playing with the New York Cosmos.

Since then, other Brazil/Jamaica friendlies have taken place, but many Jamaican sports commentators still contend that Pele is the greatest footballer of all time.

Incidentally, Bob Marley (a fervent football fan and player) was a huge Brazil fan and regularly wore Brazil jerseys. His tour manager in the 1970s was Alan “Skill” Cole, a highly-rated Jamaican footballer who played for the Brazilian team Nautico for a short time. Marley himself even played a match in Rio de Janeiro, at musician Chico Buarque’s private football pitch.

One Jamaican even credited the World Cup — as opposed to Jamaica's current States of Public Emergency — with a drop in violent crime:

Every major sporting event happening worldwide especially football or track and field. Crime rates go down in Jamaica. Ppl aguh watch football and drink dem liquor. SOEs are not responsible for the lowering of murder rates. World cup football is the deciding factor

During a heated parliamentary debate in which an extension of these anti-crime measures was rejected by his party, one opposition senator concurred. He referenced statistics which showed that during the 2018 FIFA World Cup, held between June 14 and July 15, Jamaica recorded 52 fewer murders and 66 fewer shootings when compared to the corresponding period in 2017. For the 2014 FIFA World Cup, staged between June 12 and July 13, Jamaica reportedly had 87 murders, compared to 116 in 2013.

The love of Brazil is so great that one Jamaican mused:

As I child, I used to think Brazil’s football side was Jamaica because of how the people around me behaved 😅

Since Jamaica’s men's team has only qualified for the World Cup once, in 1998, it may be fair to say that Brazil is Jamaica’s de facto team. Simply put: