Kenyans on social media questioned the inconsistencies in police statements 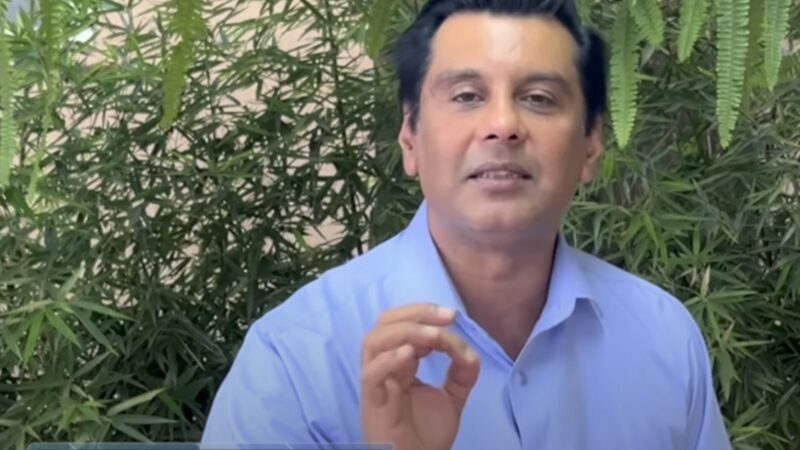 Many in Pakistan were shocked to hear that outspoken 49-year-old Pakistani investigative journalist and anchorperson Arshad Sharif had been shot and killed by Kenyan police on October 23, 2022, in a case of “mistaken identity.” Pakistan's Prime Minister Shehbaz Sharif announced a committee would be formed to investigate the circumstances of Sharif's murder. Media in both countries, netizens and lawmakers are questioning the official narrative provided by the Kenyan government, which they believe has been implicated.

A case of mistaken identity?

According to the official Kenyan police statement, Sharif was shot in the head by Kenyan police along the Nairobi-Magadi highway on the evening of October 23 after he and his driver allegedly breached a roadblock.

According to police, at the roadblock, there was a call for police to intercept a car similar to the one they were driving following a carjacking incident in Pangani, Nairobi, where a child was taken hostage.

However, the police statements, which mentioned a “mistaken identity,” have raised more questions than answers.

The police statement on the #ArshadShariff killing has too many gaps. First, if it was a case of a stolen vehicle, the number plates of the stolen car and the one Arshad was are different. They don't say the make. By the time of the incident, the “abducted” son had been found. 1/

#ArshadSharif was a wanted man. Wanted by some “top officials” in #Pakistan . After running into exile in Dubai, Arshad would later travel to Kenya, sources saying he had been “traced there” only to be “mistakenly” killed in Kenya pic.twitter.com/It0PsPJGH8

Kenyan media outlets went on to point out the inconsistencies in police accounts of Arshad Sharif's killing.

“The killing has opened a floodgate of questions,” reported Ayub Sh AbKadir of Kenya's Citizen TV:

Kenyans online continue to question these anomalies as well as the objectivity of the Pakistani government, which announced an inquiry into the plot and killing of Sharif. Obuya mentioned:

The Pakistani Government CANNOT purport to lead an Inquest into the Plot and killing of #ArshadSharif; As it stands, they are suspects given the circumstances leading to the violent murder and the inquest should be led by an independent international agency.

Some Pakistanis also suggested that as Sharif was critical of the Pakistani military establishment and political hegemony, they may have had a hand in his untimely death.

Sharif fled Pakistan in August to avoid arrest after being subjected to lawsuits, including sedition charges, for his interviewing politically sensitive individuals.

16 FIRs were registered against Arshad Sharif, that included cases of Sedition. He left the country after the FIRs and threats were received through a KP govt threat alert. Pak Military Spox says the “circumstances of Arshad Sharif leaving the country should be probed” – right sir.

He also commented that Pakistani journalists are not safe anywhere

The murder of Arshad Sharif sahab happened in Kenya but its ripple effects will be felt in Pakistan. It also reinforces one thing, Pakistani journalists are safe nowhere, not just in Pakistan but in any part of the world, they’re not safe.

Who was Arshad Sharif and why was he on the run?

Arshad Sharif was a popular host of the program “Power Play” on the Pakistani TV channel ARY News and previously worked for the news channels Aaj News and Dunya TV. He was known for his thorough investigative journalism, and he did many political exposes in the country for national and international news organisations.

In August 2022, his employer ARY News was briefly taken off the air by the Pakistan Electronic Media Regulatory Authority (PEMRA) for allegedly airing “hateful, seditious and malicious content.” ARY, one of the biggest private TV channels, is known for supporting the former prime minister Imran Khan, who was ousted in a no-confidence vote after losing the majority in parliament. Since then, Khan has been critical of the military and the current political establishment, alleging that his supporters are being harassed and persecuted.

Imran Khan said in a statement that Sharif “paid the ultimate price for speaking the truth.”

Shocked at the brutal murder of Arshad Sharif who paid the ultimate price for speaking the truth – his life. He had to leave the country & be in hiding abroad but he continued to speak the truth on social media, exposing the powerful. Today the entire nation mourns his death.

Arshad Sharif's murder has sent shockwaves across Pak. It has highlighted an ongoing targeting of anyone who dares to criticise or question those holding power.When will our senior Judiciary act to ensure our citizens fundamental rights enshrined in the Constitution are protected

Sharif’s wife, Javeria Siddique, requested the public respect their privacy and not share family pictures that were being shared on social media.

I lost friend, husband and my favourite journalist @arsched today, as per police he was shot in Kenya.
Respect our privacy and in the name of breaking pls don't share our family pics, personal details and his last pictures from hospital.
Remember us in ur prayers. pic.twitter.com/wP1BJxqP5e

Journalists in Pakistan have been under a lot of pressure from the state, and many have lost their jobs for being critical of the government and military. According to the media advocacy group Reporters Without Borders (RSF), Pakistan ranked 157 out of 180 countries in the 2022 press freedom index. Three Pakistani journalists were killed in 2021, as per an International Federation of Journalists (IFJ) report.