‘Do not donate to government’ trended on social media 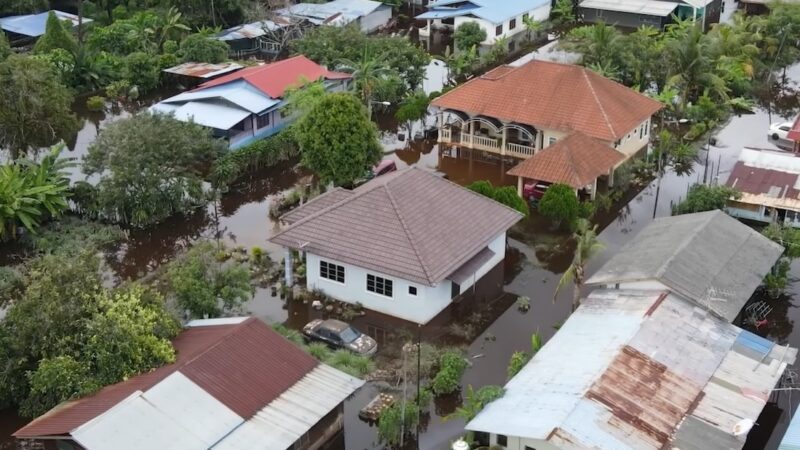 An aerial view of a flooded area in Klang during the December 2021 Malaysian floods. Screenshot was originally uploaded on YouTube by AiMediaMY under (CC BY 3.0)

The Malaysian government has asked Twitter to censor posts criticizing its disaster response to record flooding as they allegedly violate the country’s laws. Twitter acknowledged the request yet refused to instantly delete the posts, citing its commitment to uphold freedom of expression.

The government was accused of being slow in conducting rescue and relief efforts. Internet users commented on the lack of preparation of agencies despite an early advisory about the threat of flooding. On Twitter, the hashtag #DoNotDonateToGovernment and the phrase ‘do not donate to government’ trended in Malaysia after several officials initiated a fund drive for relief operations. Twitter users questioned the need for donations when citizens are already paying their taxes.

Soon, several Twitter users received notices from the legal team of Twitter that their posts were flagged for deletion by the Malaysian government. Twitter informed them that the posts will not be removed for now but advised them to make appropriate action for their legal protection and safety.

I received the same email too from twitter legal. this clearly shows that the government has just lost it. its time for us rakyat [the people] to voice out and fight back. fight for our rights.#KerajaanBangsat #KitaJagaKita #KerajaanGagal #KerajaanPembunuh https://t.co/N5ikSh8L2t pic.twitter.com/sCI9yRMrPF

The tweet mentioned ‘rakyat’ which means people in Bahasa.

Tweets that criticized the donation drive and the comment of authorities about the eligibility of flood victims in claiming aid were reported by MCMC to Twitter.

Some users ended up deleting tweets to avoid legal trouble.

Some of you may be wondering where my tweet about one of the shelters discriminating foreigners went. Just want to update here that I’ve received a warning from Twitter and MCMC asking me to remove my tweet as I’ve violated malaysian laws. #KerajaanGagal #KitaJagaKita

The Centre for Independent Journalism (CIJ) criticized the MCMC for “being used as a shield to protect government failures.” It also has a message to authorities:

Focus public resources towards providing timely and accessible updates and information on the flood and ongoing flood relief work, instead of cracking down on those being critical or dissenting towards alleged flood mismanagement by the State.

CIJ added that it’s time to overhaul the CMA which has been abused by authorities to suppress legitimate dissent.

Charles Santiago, a Member of Parliament (MP), praised Twitter for refusing the request of the Malaysian government:

2/3
Kudos 2 Twitter 4 refusing 2 censor legitimate voices of dissent against a govt tt has failed its pple. Tens of people ar dead in a flood that cld have been prevented & govt response was slow. But MCMC,more concerned abt painting a rosy pic of the govt? Shameless

The Prime Minister, Ismail Sabri should reprimand the MCMC and declare that he will not stop Malaysians from exercising their constitutional right to free speech to criticise the government and his Ministers.

In fact, Ismail should order a full inquiry into the MCMC action asking Twitter to remove posts critical of the government’s response to the recent flood disaster, and even remove the MCMC officials responsible.