Uruguayan author tells a story of courage during tumultuous times. 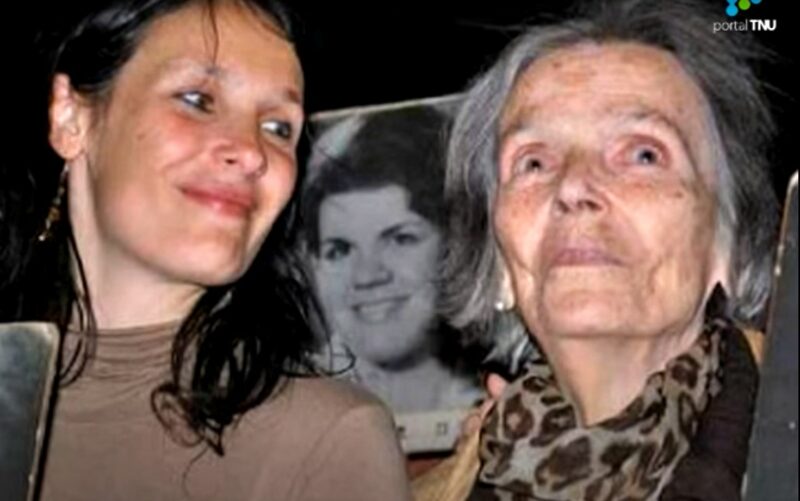 A new book by Uruguayan author Tessa Bridal traces the stories of the women who search for their missing loved ones during a painful time in the country's history: its military dictatorship from 1973 to 1985.

When Tessa Bridal moved to the US in the late 1960s for family reasons, she could feel that Uruguay was entering a turbulent moment. Even people like Bridal, who were not involved in politics or activism, could sense the political shift. But Bridal, who was 20 when she left Uruguay, could not have predicted the cruelty of the incoming dictatorship, which imprisoned, tortured, and disappeared its own citizens.

“When I returned to visit, I could sense that everything was getting worse and worse. People were more and more fearful,” Bridal told Global Voices in a phone interview. “There were more people being arrested arbitrarily.” 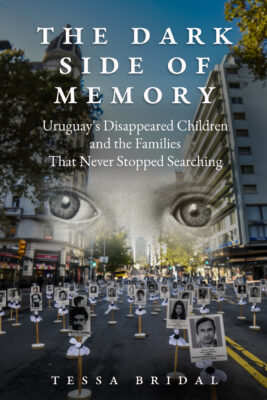 The Dark Side of Memory tells the story of Uruguayan mothers and grandmothers’ relentless pursuit for the truth about their disappeared family members. Photo courtesy of Tessa Bridal.

Years later, she returned to that period through her latest book, The Dark Side of Memory: Uruguay's Disappeared Children and the Families that Never Stopped Searching, a story that follows multiple families searching for disappeared relatives and trying to make sense of the country's sinister past. Women, in particular, have relentlessly sought to reunify their families.

As leftist movements began to grow in Latin America in the 1960s, so did the repression against them. In Uruguay, a guerrilla movement known as the Tupamaros emerged and a military junta eventually took control of the country to suppress the guerillas.

In neighboring Argentina and Brazil, and other parts of the region, similar movements had sprung up, only to be quashed by military governments in a period now referred to as Latin America's Dirty Wars. The United States helped these governments to plan and trained them to torture and disappear leftists in what is now known as Operation Condor.

About 220 Uruguayans were disappeared during that time, according to a 2003 truth commission. Most went missing in neighboring Argentina, where total disappearances are estimated at 30,000. About 30 were reported disappeared in Uruguay.

In sheer numbers, Uruguay experienced fewer disappearances than other Latin American countries. Nevertheless, the repression had a chilling effect in the small country, which had a population of 2.8 million at the start of the military dictatorship. “In Uruguay, we have a saying: ‘We're few and we know each other,'” said Bridal.

Two of the disappeared were Emilia Islas Gatti de Zaffaroni and her husband Jorge Zaffaroni Castilla, prominent activists who believed that the Tupamaros could rid Uruguayans of poverty and suffering. They fled to Buenos Aires when their political activity made them targets in Uruguay. They were kidnapped in Argentina in 1976 by a coalition of Argentinian and Uruguayan forces and taken to a torture center in Buenos Aires. Their 18-month-old daughter, Mariana, was taken with them. Emilia was three months pregnant at the time with their second child.

After Emilia disappeared, her mother Ester Gatti de Islas became part of a group fighting for truth and justice for their disappeared family members, known as the Mothers and Families of Detained Disappeared Uruguayans. Ester needed to know what had become of her daughter and granddaughter, and Bridal chronicles this unrelenting search in her book.

Many missing children were adopted by military families, in some cases the very people who were involved in their parents’ disappearances. A truth commission compiled 40 cases of Uruguayan children who went missing during the Dirty War. In neighboring Argentina, an estimated 500 children were taken from their parents when the military abducted them.

By the time Bridal contacted Ester, she was worn down from decades of searching. “Ester was a warrior for a very long time,” said Bridal. Her years of activism paid off. In 1993, a DNA test identified her granddaughter Mariana, who had been raised by a military family who may have been involved in her parents’ disappearance.

The case has become emblematic in Uruguay of the impact of Cold War terror on families, and how perseverance can eventually uncover the truth and reunite relatives. But these reunifications can raise conflicting emotions, and Bridal explores the nuances of these experiences in her book.

#MayMemoryMonth
We should remind the youth and not so young, that there are things that should never be forgotten. Because afterwards we run the risk of having fascists in the government defending genocides.
She is Mariana Zaffaroni Islas, kidnapped in 1976. Restituted in 1993.

Ester's struggle represents that of so many Latin American women, which is part of the reason Bridal was determined to tell it. Women are expected to handle all family matters.  When their families are threatened, it is the women who spring into action. 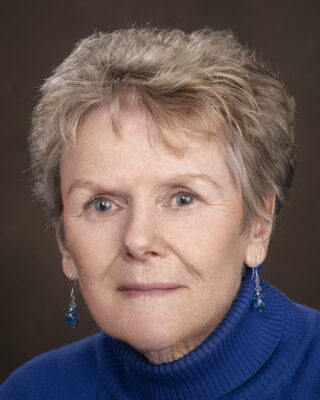 Author Tessa Bridal fought for two decades for this story to be published. Photo courtesy of Tessa Bridal.

“The reason that I was very drawn to them was, first of all, because they were women and they were so determined and so courageous,” Bridal said. “Very often pursuing the trail of what had happened to their adult children who had disappeared was not always the safest thing to do.”

After the military dictatorship ended and Uruguay transitioned into a democracy, few military officers who had carried out human rights abuse were brought to justice. To this day, most perpetrators of these human rights abuses walk free, and speaking out against these abuses and seeking the truth continues to be dangerous. In 2016, the lab of the Investigation Group of Forensic Archeology in Uruguay, which investigates disappearances, was broken into. The Mothers and Families of Detained Disappeared Uruguayans say that their opponents have launched “attacks on the morale of our members” and campaigns to discredit them.

US officials who developed and participated in Operation Condor didn't find justice either. When Bridal started the research, around the time of September 11, 2001, just mentioning the US government's role in Latin America's human rights abuses was taboo, as patriotism surged after the attacks on the Twin Towers and as the US launched the War on Terror. Editors told her it was not the time to publish a book critical of the US government. It was almost as if they considered it a “betrayal” of the US, said Bridal, who lives in Minnesota.

Even though her publication plans were put on hold for two decades, Bridal never neglected the stories. “I could never forget that book because I had been trusted with stories that were so meaningful,” she said. In Uruguay, the stories of Ester and her granddaughter, and so many others, have helped shed a light on the abuses of the past, and ensure they are not forgotten.

Like the female protagonists of her book, Bridal forged on. The Dark Side of Memory will be published on October 26, 2021. Despite its grim subject matter, Bridal hopes it leaves readers with a sense of optimism and inspiration.

“Their courage is remarkable, and the persistence, how many years they just kept on and on and on,” Bridal said. “They are, to me, such role models of courage.”