The diplomatic struggle over Taiwan's name in the Olympics

China has the power to block Taiwan’s athletes from participating 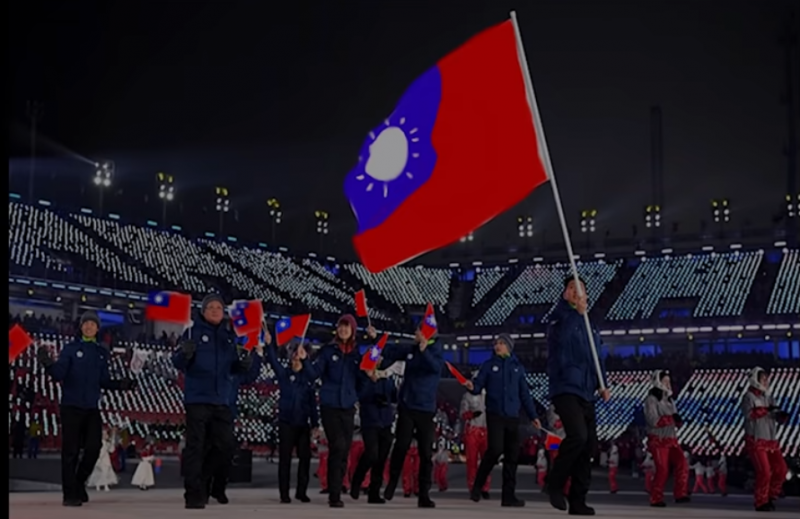 The Tokyo Olympics 2020 has been fruitful for Taiwan as its athletes have tallied 10 medals so far, including 2 gold medals. However, when Taiwan's gold medalists stood on the podium to receive their accolades, they were surrounded not by the Taiwan national flag, but instead, by the plum blossom flag of the Chinese Taipei Olympic Committee.

The Taiwanese team can only use this flag in the Olympic Games because the International Olympic Committee (IOC) and the United Nations have continually refused to let Taiwan use its official name, the Republic of China (ROC), or its common name, Taiwan, in an international setting, due to the prolonged conflict between China and Taiwan.

Taiwan has been a de-facto self-ruling state since 1949 when the Kuomintang (KMT) also known as the Chinese National Party, was defeated in the Chinese Civil War. The KMT party members fled China and re-established the ROC on the island. However, China insists that they have sovereignty over Taiwan.

The ROC or Taiwan has been participating in the Olympic Games since 1932. Though it boycotted the Games in 1976 and 1980 when the host nations refused to allow the athletes to compete under the name ROC.

Many Taiwanese athletes say this treatment is humiliating and depressing. In 2018, Chi Cheng, a former track and field Olympic medalist, led the organization ‘Team Taiwan Campaign for the 2020 Tokyo Olympics’ to advocate for a referendum changing their name from ‘Chinese Taipei’ to ‘Taiwan’ in all international sports competitions, including the 2020 Tokyo Olympics.

This referendum was held in November 2018. However, in July 2018, the East Asian Olympic Committee rescinded Taiwan's right to host the 2019 East Asian Youth Games, and a spokesperson of China’s Taiwan Affairs Office said that this cancellation was in response to the referendum. In the same month, the IOC sent a letter to the Taiwanese government warning them that they would risk their Olympic eligibility if they changed their name.

Amid the international pressures, 45.2 percent of the voters voted for and 54.8 percent voted against the referendum on the name change.

However, the issue regarding Taiwan's title in international sporting events is far from being settled. Chi Cheng planned to raise the referendum again before the Paris Olympics in 2024.

Although Taiwan could not officially change its team name in the Tokyo Olympics, the Tokyo Olympic Games announcers referenced the ‘Taiwan’ team in Japanese instead of the ‘Chinese Taipei’ team when the athletes entered the Olympic stadium for the opening ceremony. Many Taiwanese citizens took to social media to thank Japan for their recognition. Claire Wang, a legislator in Taiwan, highlighted the moment on her Facebook page:

I just saw the opening ceremony, and I am so moved! I heard that NHK introduced us as ‘Taiwan’ in Japan’s broadcast. I really hope that one day we can use our own name, Taiwan, go to the Olympics.

However, Jhy-wey Shieh, a Taiwan diplomat, pointed out that the international call for a name change is not practical for Taiwan because of political dynamics within the IOC:

I can tell you that China does have the power (in the IOC) to block Taiwan’s athletes to join the Games by accusing the Taiwan government of leading the referendum. It is right that Taiwan should use the proper name of the country. However, why should we risk handing over the decision to our opponent? The IOC is the playground of China, not Taiwan.

However, Lee Yian, a journalist from the Initium, a Chinese online investigative news site, pointed out on Facebook that while Taiwan has agreed to participate in the Olympics under the name ‘Chinese Taipei’, the Chinese government may try to change the name from ‘Chinese Taipei’ to  ‘China Taipei’ in the future:

Today if you search the term  ‘Chinese Taipei’ on the Chinese state-run media outlet Xinhua, you can't find any items or reports; China has used the term  ‘China Taipei’ to refer to the Taiwanese athletes during the Tokyo Olympics.

The term ‘Chinese Taipei’ is more ambiguous as ‘Chinese’ refers to the language or the ethnicity of the Han Chinese. On the other hand, ‘China Taipei’ will suggest Taiwan is a city under the PRC, like ‘China Hong Kong’. The change of terms could further undermine the status of Taiwan as an independent and autonomous state.

Lee explained that beginning 2016, Xinhua has announced a guideline on ‘Forbidden and sensitive terms in news reports (《新聞信息報道中的禁用詞和慎用詞》) and in the section concerning ‘International organizations and Non-governmental organizations on international economic, trade and commerce, culture and sport’, Taiwanese representatives should be from ‘China Taiwan’ or ‘China Taipei’. News outlets need permission from the Ministry of Foreign Affairs or Taiwan Affairs Office to use the title ‘Chinese Taipei’ in their reports.

Taiwan's unification with China has become a crucial component in China's grand political project of ‘rejuvenation‘ under the leadership of  Chinese President Xi Jinping. In 2019, Xi further explained that the unification with Taiwan would mirror Hong Kong's ‘One Country, Two Systems’ political model. The official use of ‘China Taipei’ aligns with Beijing's political ambitions.

Lee believes that Taiwan's title in the Olympics and other international stages will continue to be a political battleground.