Nepal’s wild elephants are also on the move 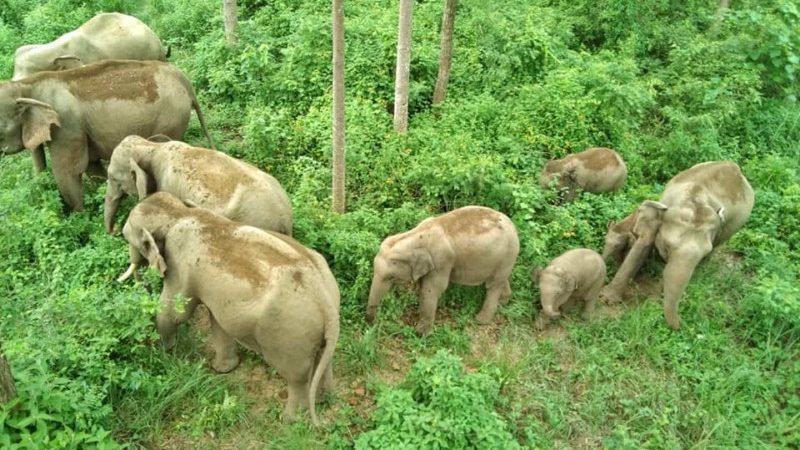 This article by Salik Ram Chaudhary, secretary of the Khata Wildlife Corridor Homestay Management Committee, was originally published in Nepali Times and an edited version is republished on Global Voices as part of a content-sharing agreement.

Several hundred elephants migrate from India to Nepal through different corridors each year. While Nepal's local elephants live in small herds, it is believed that these migratory elephants are vital for maintaining diversity. This year, because of the lack of human movement caused by COVID-19 restrictions, elephant herds shifted their usual path of annual migration, marching right through areas of human habitation.

At this time of year, before COVID-19 and lockdowns, I would be guiding tourists around Bardiya National Park in midwestern Nepal. However, the pandemic has meant empty homestays along the Khata Wildlife Corridor that connects wilderness areas in India and Nepal. While local villages may have lost their income from ecotourism, the absence of people during the lockdowns means that wild animals have reclaimed their space.

I am involved with the Khata Wildlife Corridor Homestay Management Committee, which means I used to organise jungle safaris and wildlife excursions, showing visitors what Bardiya has to offer. But it is not merely a job for me—I have been roaming these forests near my home since childhood and I'm passionately involved in nature conservation. Even with the restrictions on travel and the scorching pre-monsoon heat of the plains of western Nepal, I cannot bring myself to stay indoors.

On June 10, I was on my way into the forest when I saw a herd of about 40 elephants, ranging from calves to adults, moving just half a kilometre from the village. To say it was a sight to behold is an understatement; it is extremely rare to see such a large herd of elephants this close to human settlements—just as rare as it has been to see the closely-watched herds moving across Yunnan province in China.

Elephants in Bardiya usually migrate through the Shiva Community Forest in Madhuban Municipality near the Indian border to the Katerniaghat Wildlife Sanctuary in India’s Uttar Pradesh state during September and October, and return to Nepal as the monsoon approaches. It is a rhythm dictated by tens of thousands of years of migration of the ancestors of these great herds. 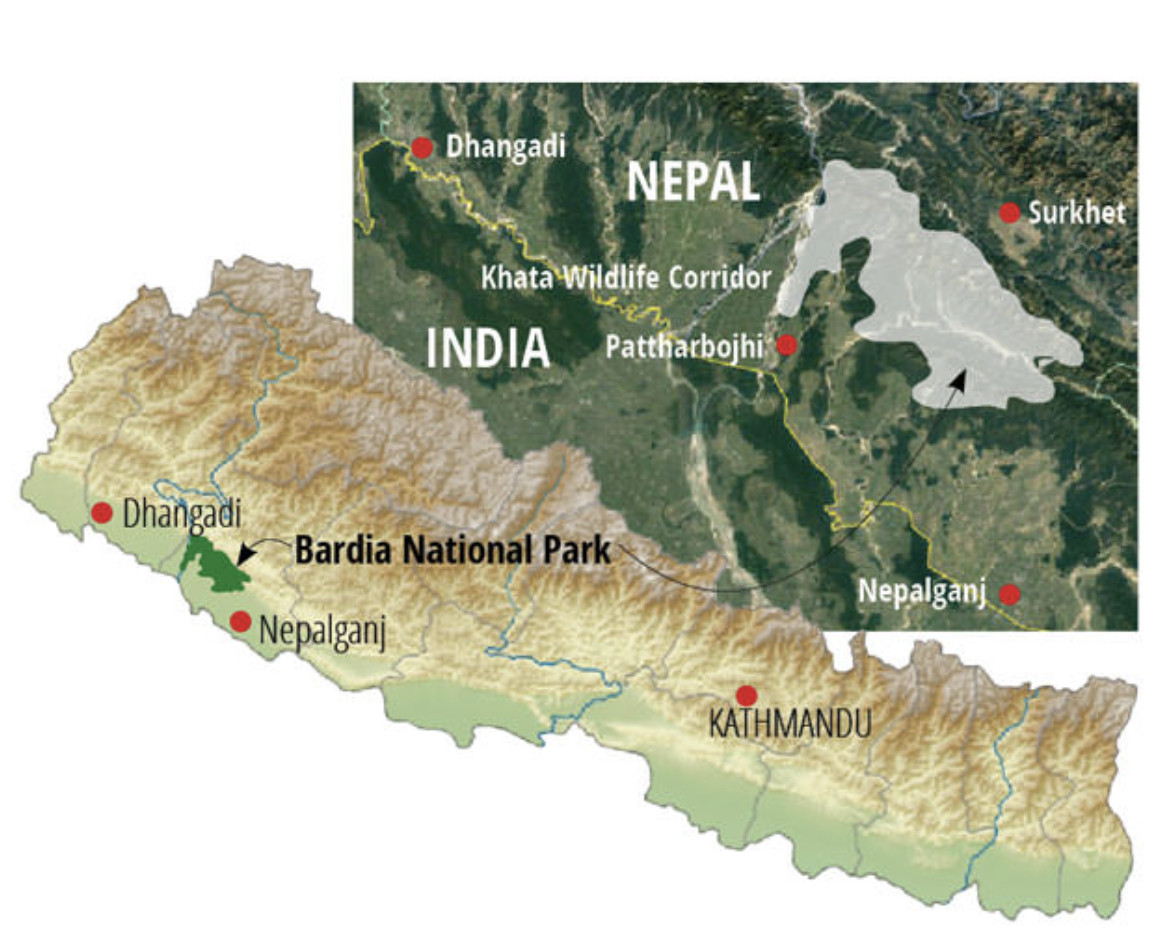 And although this group was the largest I have ever seen, it is quite common to see smaller elephant herds within the Shiva Community Forest.

This year, possibly because of the lack of human movement that's due to COVID-19 restrictions, the herd didn’t bother to stay within the jungle corridor in their annual migration back into Nepal, but marched right through the village.

I followed the elephants along the village roads for quite some time, taking many photographs and videos along the way. I was so excited, there was no time to be afraid. These matriarchal herds can be nasty if they feel their calves are threatened.

The herd sliced right through roads and grasslands, stopping to graze before lumbering peacefully past farms. Had there been a lack of fodder, they might have broken into the fields of maize. 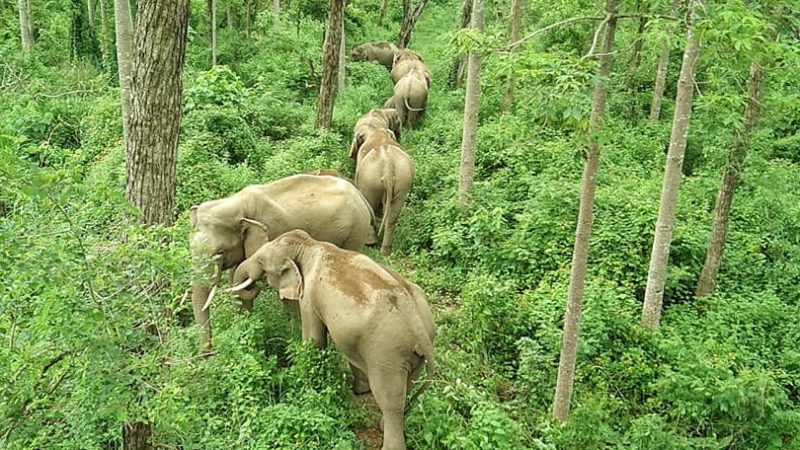 I posted the photos and videos I had taken on Facebook, tagging my friends so that I could share my experience and these animals with the world.

The elephants, however, were not the only bonus wildlife sighting I have had in the past two weeks. On May 28, I came across a tiger 400 m away on the outskirts of the village. This was so unusual that I threw caution to the wind and tracked the tiger from a distance, following it, taking photographs. The tiger knew I was there but left me alone; both of us were at peace with the world.

I followed the tiger to a watering hole in the buffer zone of Bardiya National Park, half a kilometre away from the Dalla Homestay village that we had built with help from the World Wildlife Fund (WWF) Nepal a decade ago. It drank deeply, raised its head, looked around, and then drank some more.

Despite being a wildlife tracker and guide, I had never seen a tiger that close before. In fact, it is quite rare to see these elusive cats. I was trembling with sheer excitement and delight at being given this opportunity.

During the hot summers, the water sources within the Bardiya National Park that fill the natural watering holes for wildlife begin to dry up, forcing many wild animals to rivers and ponds near towns and villages. And, as the numbers of wild animals rise because of Nepal’s conservation successes, there has also been an increase in animal-human contact.

The elephants and the tiger that I encountered during these two weeks had not veered off their usual routes or lost their way. Their proximity to human settlements was made possible because of decades of hard work and the conservation effort of communities, local governments and conservation groups.

Thanks to this achievement, wildlife sightings are now quite common, making it possible for us to share these animals with the guests and visitors who use our homestay services when the lockdown is over.

And, as in Bardiya, we need to ramp up conservation efforts across Nepal so that we can use the lockdown lull to learn to share space and live in proximity with Nepal’s vast and rich biodiversity.