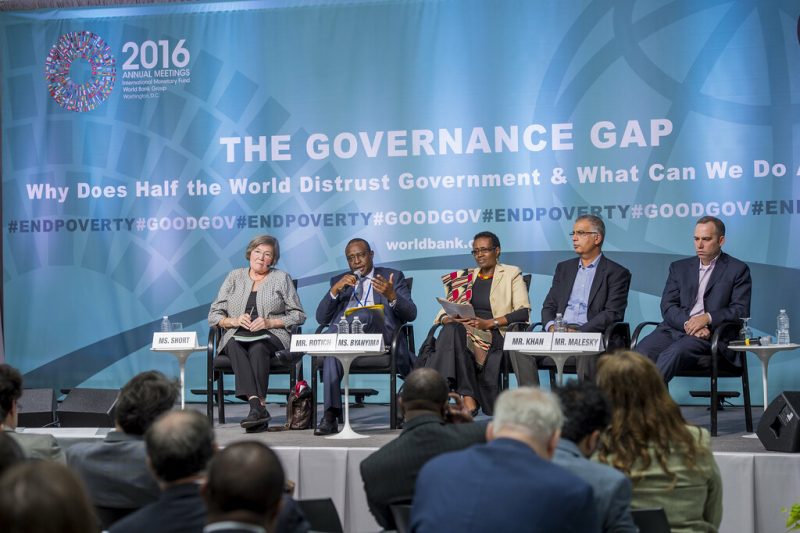 Kenyans online have, for the last three days now, been holding online protests against the decision by International Monetary Fund (IMF) to approve a $2.34bn loan facility for Kenya urging the multilateral agency to review its decision.

Using the hashtags #StopLoaningKenya and #StopGivingKenyaLoans, Kenyans rejected the loan and expressed their frustrations with the IMF for approving additional debt in what they see as another national debt repayment burden, at a time when corruption and misuse of public funds has escalated. This current loan is intended to fund a response to the COVID-19 pandemic.

Kenyans on FB and Twitter rejection of IMF lending Kenya government’s more money is a fascinating sign of things to come in global finance. Government might not care, but IMF is definitely sensitive to bad PR.

In the past 12 months alone, Kenya has received $6.4bn in the form of grants and loans for COVID-19 response, according to a list compiled by Mary Mukami, an accountant by profession and a social media user, from press coverage.

While many directed their frustrations towards the IMF, most were angry at President Uhuru Kenyatta and his government for continuing to burden Kenyans with bad loans and pushing the country deeper into debt, despite increased corruption and lack of accountability. Using screenshots of newspaper headlines, many users on Twitter gave their numerous reasons and evidence why IMF should stop loaning Kenya.

On 7th April, as online protests continued, Kenyan activist Mutemi Kiama was arrested for allegedly creating and publishing a poster warning the IMF against giving President Uhuru a new loan  Kiama, who tweets using @MutemiWaKiama and @WanjikuRevolt, published a public notice poster  on his twitter handle with a disclaimer from Kenyan citizens cautioning global lenders against transacting with the president and his vice president.

The following day, Kiama was presented in court facing charges of contravening various provisions of the Computer Misuse and Cybercrime Act, including false publication. However, Kenya’s high Court dismissed the case made by the state prosecution, and declined to grant 14 days to gather evidence. Despite the absence of any cause to retain him, the court ordered the release of Kiama on a cash bail of $5,000USD.

COURT GRANTS activist Mutemi Kiama Sh500,000 cash bail; orders him to report daily to the investigating officer for the next 10 days.https://t.co/76mRXJLqfD pic.twitter.com/1gOT206sTt

Fellow Kenyan activist, Boniface Mwangi, called to question the decision by the Kenyan High court, describing it as a “loud threat” to all Kenyan social media users against criticizing the government.

The police don't have any evidence that Kiama committed any crime, they're still investigating. How then does a magistrate ask Kiama to post a cash bail of 500,000?That bail is a loud threat to all Kenya social media users,criticise the government at your own risk!Dark days ahead pic.twitter.com/B3kKpxqIr6

The Kenya Human Rights Commission (KHRC) also condemned the unjustified targeting of activists calling for an end to it.

The high court has dismissed an application by the prosecution for continued detention of Mutemi Kiama for 14 days over the frivolous charge of posting an anti -IMF loan poster.

As virtual protests entered their second day, a section of Kenyans hijacked the comments section of  IMF's ongoing Facebook Live series that air press conferences and webinars on the World Economic outlook, and posted the message “STOP LOANING KENYA”, in a bid to further petition the lender to withdraw the facility. Posts published on IMF's Facebook page since the online protests began have garnered an average of 2K comments, all from Kenyans pleading with the IMF.

On 4th April, Jefferson Murrey, a concerned Kenyan citizen, created an online petition to the IMF to cancel the Kshs. 255 billion loan to Kenya. A section of his petition details reads:

The news that the IMF recently approved a Kshs. 255 billion loan to the Kenyan government has left many Kenyans shocked and very disappointed. This is due to the fact that previous loans to the Kenya government have not been prudently utilized and have often ended up in mega corruption scandals. These scams have not deterred the ruling Jubilee government's appetite for more loans, especially from China. Right now, Kenyans are choking under the burden of heavy taxation, with the cost of basic commodities such as fuel skyrocketing, and nothing to show for the previous loans. Our President, Uhuru Kenyatta, is even on record lamenting that Kshs. 2 billion is lost daily to corruption in Kenya. The same President recently approved a luxury car grant bribe to get junior lawmakers to pass controversial changes to the Constitution, punching another hole on an already shoestring budget.

At the time of filing this story, over 230,000 Kenyans had so far signed the petition with many sharing the link on their social handles.

The Kenyan Twitter community, also known as KOT, has become a force to be reckoned with. Due to the ubiquity of low-cost cell phones, a huge cross-section of Kenyans are online and for many, platforms such as Twitter have become an important avenue to not only air their opinions but also to organize and rally behind a common cause. A recent article written by this writer for Global Voices reported how the Kenyan government and Police are cognizant of the power that the Twitter platform yields.

With Kenya going into an election in 2023, activists such as Boniface and many others are warning social media users to “Brace themselves” for an increase in the arrest of bloggers and activists as the state doubles down its misuse of the anti-cybercrime legislation to muffle dissent.

Update: We had erroneously indicated that the bail  posted for Kenyan Activist Mutemi wa Kiama was $500USD, the correct bail amount was $5,000USD. This error has been rectified.