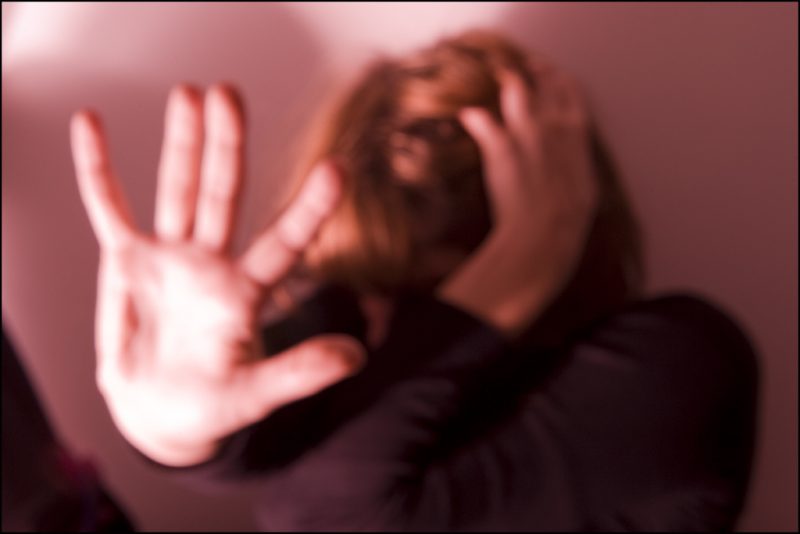 Sevil Atakishiyeva, 20, was a student at Azerbaijan's Tourism and Management University. Like most unmarried women in Azerbaijan, she lived with her parents but had big dreams of moving abroad and building a life of her own. On February 18, Sevil took her own life.

On two occasions in 2019 and 2020, Sevil reached out to Gulnara Mehdiyeva, a founder of a local feminist collective, to whom she told she had been suffering harassment and physical abuse at the hands of her family: That her father had threatened to kill her if she ever engaged in inappropriate behavior, and that he would pay the police a hefty sum to not investigate the case.

“If anything happens to me, please take those messages into account,” Sevil said on a text, according to screenshots of the exchange Gulnara posted on Facebook after Sevil's suicide.

Gulnara's post went viral, and the hashtag #sevilüçünsusma (don't stay silent for Sevil) has been trending in Azerbaijan since. Sevil's story hit close to home for many Azerbaijani women, for whom physical and psychological abuse at the hands of not only their partners, but also their siblings, parents, and in-laws are all too common.

Here are some of the tweets reacting to Sevil's death, and Gulnara's subsquent post:

in this country if a girl wants to live freely, she’s labeled as a whore. in this country, a father won’t hesitate to tell his daughter that he’ll kill her if she ever makes a mistake. in this country parents treat their kids as their property. rest in peace, angel #Sevilucunsusma pic.twitter.com/VkodMmeRmf

Sometimes I try to imagine the degree of desperation that drives a person to commit suicide, and my imagination paints a dark, slimy quagmire where only death is seen as a ray of light…R. I. P SEVIL#sevilucunsusma pic.twitter.com/AcTVEEK6n4

you should be ashamed of unanimously pushing the hopes, and dreams of someone so full of life from the 20th floor.

in this world it is hardest to be a woman, a child, and an animal.

Activists also shared screenshots of messages from women who claimed they were facing domestic abuse:

Hi, I am doing very bad. I feel desperate. All I can think of is suicide. I don't know what else to do. I am subject to violence and harassment. They are telling me if I want to be a whore, every day, for simply doing make up. I am sick of it. Can you help me?

Sevil is the third woman to die by suicide in Azerbaijan this month.

On February 22, the prosecutor's office launched a criminal investigation against Sevil's father under Article 125 of Azerbaijan's Criminal Code for “incitement to suicide”.

Samir Atakisiyev, however, refuted his daughter's claims that he had threatened or beat her. “If I was aggressive, or violent, I would not have allowed her to finish school. She would have studied for a year or two, and then I would have kept her home,” he has told journalists. “Yes, I would get angry with her, if she was home past her curfew, but never violent,” he added.

According to Azerbaijan's State Statistical Committee, at least 1,180 cases of domestic violence against women were reported in 2020. In 2019, there were 1,039. The real number is likely much higher, as domestic violence is often underreported.

There are only three shelters for victims of domestic violence operating in all of Azerbaijan, a country of 10 million people.

There is also an 11-year-old law against domestic violence, but it's rarely enforced. The Committee for Family, Women, and Children Affairs, activists say, are “not doing their job.”

In recent years, activists have demanded Azerbaijan sign the Istanbul Convention, an agreement of European countries pledging to prevent violence against women and end impunity for perpetrators. By the convention, which Azerbaijan's close ally Turkey has ratified, signatories must keep official statistics on gender-based crimes and offer victims financial compensation.

The Istanbul Convention is a heated topic of discussion in Azerbaijan, especially because it refers to the rights of same-sex couples. Conservatives in the country often postulate that such an agreement will “destroy” Azerbaijan's traditions.

In recent years, a few Azerbaijani women took to social media to speak out about their own experiences of domestic violence publicly, and that in turn encouraged other women to do the same.

In 2019, 18-year-old Seljan Yagmur posted on Facebook about the violence the women in her family had endured at the hands of her father. This prompted others to share their stories too, usually using hashtags such as #‎qadınaşiddətəson‬ (“end violence against women”) ‪and #‎Leylaüçünsusma (the reference to another woman who had been stabbed to death in Baku).

In conservative #Azerbaijan, domestic violence is seen as a strictly private concern — but one young woman's bravery has encouraged others to speak out as well to #EndGBV. #qadınaşiddətəson #Leylaüçünsusma #DözməYürüşEthttps://t.co/qo2NxJZBhj pic.twitter.com/XJRytwYC5p

On February 4, a small group of women held a protest outside the Government House in Baku with a poster bearing the words “femicide is political”. The protest was triggered by the news of yet another victim of domestic abuse: Banu Maharramova, 32, was brutally murdered by her father-in-law, according to the local police reports. The victim's body was found in bags in the trash, dismembered. The protesters were quickly dispersed by the police.

On March 8, 2020, another protest marking International Women's Day was dispersed by the police in the capital of Baku. And in October 2019, police violently dispersed a peaceful protest calling to end domestic violence against women.

In the meantime, the reality on the ground paints a stark picture. As long as existing national legislation fails to protect victims of all kinds of abuse and harassment, more stories like that of Sevil will continue making the headlines.