Belizean Independence reminds me of the complicated legacy of colonization

My Granny has taught me the complexities of our history 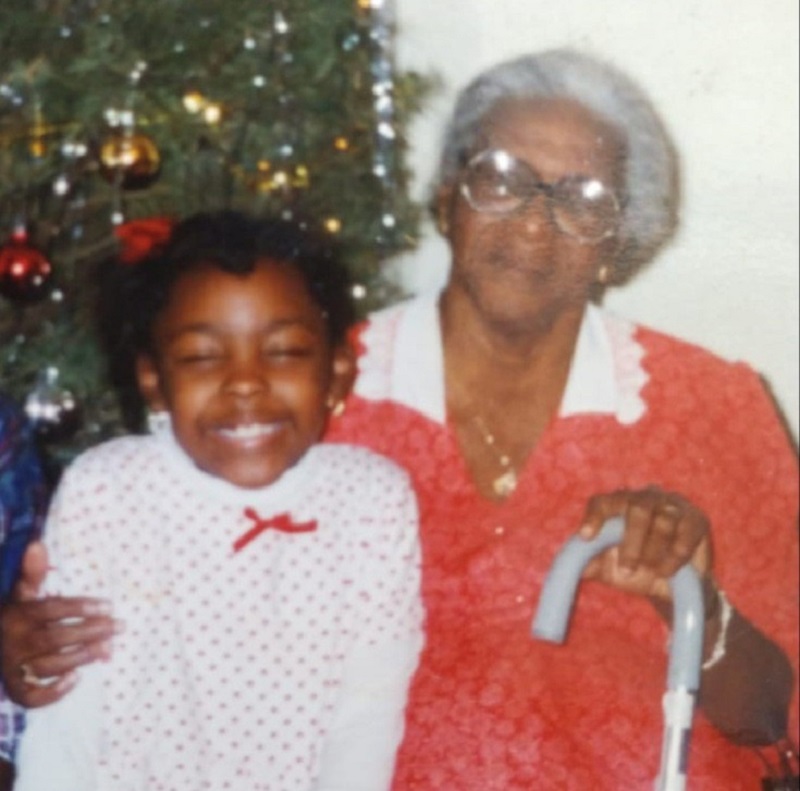 My grandmother, Bernice, and me, 1995. Photo from the author.

This piece was originally published on Central American News.

I was destined to be a historian. As a young child, when I wasn’t enrolled in summer programs, I would often spend the bulk of my summers at my grandparents’ house in the Adams-Normandie neighborhood of Los Angeles. Always an inquisitive (read: nosy) child, I would often peruse my grandma’s photo albums, closets, and boxes full of mementos. In those boxes were collectibles, plates, and placards with Queen Elizabeth’s face on it.

My grandmother, like many people across the world, was also enamored with Princess Diana and Britain’s Royal Family in general (scandals and all). Between watching American soap operas in the early afternoon and her late evening news and game shows on TV, my grandma would occasionally pull out her VHS tape recordings of Princess Diana’s wedding or funeral, and we would watch from start to finish. After my granny passed away, it took me years to really think about those moments and why sharing them with me, her youngest grandchild, was so important for her who grew up in Belize as a colonial subject in the Crown colony.

Becoming an independent nation on September 21, 1981, Belize is the last country in Central America to do so. Belize’s long road to self-rule is marred with conflicts pertaining to enslavement, land dispossession, and territorial disputes. For example, Guatemala claimed the Belizean territory although Belize was formally declared a British crown colony in 1862. Guatemala’s claim prolonged the nation’s ability to seek independence until the early 1980s. In 1992, Guatemala finally recognized Belize as a sovereign state, although recent developments have led both Belize and Guatemala to take their cases to the International Court of Justice in 2019.

British colonization in Belize, like many places throughout the Caribbean, was invasive and omnipresent. It touched all facets of life in Belize and its Diaspora through culture, politics, education, and memorialization. Antiquated depictions of slavery in Belize have often been represented as benign and less violent than other places across Latin America and the Caribbean, an argument which many Belizean scholars and historians have challenged.

Belizean slavery, although not related to plantations, was still violent and allowed for particular forms of resistance and identity-making to take place. Enslaved men worked in the logging camps for the majority of the year while enslaved women engaged in domestic work and tended to the colonial households back in the city. Political and scholarly mischaracterizations of slavery in Belize being “mild” in comparison to other settlements in the Caribbean region influenced how race relations in the colony were perceived during that time and in the decades that followed. For example, the commemoration of September 10th as a holiday comes from a myth of collaboration and loyalty between Black and White settlers who fought “side by side” to ward of an oppressive Spanish fleet—it became a narrative of inter-racial partnership that was particular to Belize. Ultimately, the historical conditions regarding slavery, which marked Belize as an exception in the region, also worked to establish a Belizean identity that continued until its very recent colonial past.

With the celebration of The Battle of St George’s Caye on the 10th and Independence on the 21st, the month of September is one of the most important times in the Belizean community, especially abroad. The large celebrations that take place in Hollywood Park in Inglewood and Rancho Park in South Los Angeles were my introduction to Belizean festivities. It was a time for Belizeans to come together in the racialized geography of LA to celebrate independence for a country that they had left years—and for some, decades—ago.

Given the mass migration of Belizeans to the US in the 1970s due to an economic depression in the aftermath of Hurricane Hattie in 1961, the memories of Belize that migrants, such as my parents, held dear to their hearts were those prior to independence. Belizeans like my grandmother who left the country years after independence were tasked with keeping traditions alive through storytelling, food, and celebrations. The memorialization that often accompanies immigrants is steeped in national longing and melancholia.

Given this history and my family’s migration to the US, my experience of Belizeanness was through a complicated pre- and post-colonial lens.

For example, in many cases, English (often referred to as “the Queen’s English”) as opposed to Creole, was used in public spaces as a tool for Belizean immigrants in Los Angeles to navigate anti-immigrant rhetoric in a city that was always violent to Black and Brown communities—whereas speaking Creole sometimes also worked to place them within an enigmatic existence of Anglo-Caribbean identity on the West Coast.

Thinking about my grandmother and her references of Belizeans as “Black British people” transports me to a generation and a historical moment of negotiation of Belizean identity before and after Independence. My granny’s Blackness and her attachment to the British Crown provided me with some of my first lessons about the complexities and peculiarities of diasporic Blackness. I often wondered if perceiving herself as English on top of Black was also her particular way of speaking to anti-Blackness in the region—by latching on to a system that most English-speaking Caribbean communities (and Africans) were also indoctrinated into.

Belizean Independence is a window into the many ways that the British Empire has permeated the Caribbean and parts of Central America. As a scholar of the Belizean Diaspora and someone of Belizean ancestry, the lens through which I see Belize is both loving and critical.

I think about my ancestors and loved ones and the beautiful culture that they were able to cultivate and preserve. Then, I also think about the complex history that is owed critical and honest engagement when it comes to the treatment of our Black and indigenous populations under the curtain of colonization.

With recent news of Barbados’ decision to become a republic thereby removing Queen Elizabeth as Head of State, I immediately thought about my granny and what she would think about this. Similar to the peak of decolonization in the 1960s and 1970s throughout Asia, Africa, and Latin America, I can’t help but think, in my granny’s words “Dis ya time no stan like befo time” (“This is not like the old days”).

Things are changing in the Caribbean, and Belize might follow that lead in the near future, leaving the Queen behind. Yet, I am reminded again and again of the complicated legacy of colonization in Belizean lives.