This statistic reflects how Peru treats its indigenous peoples 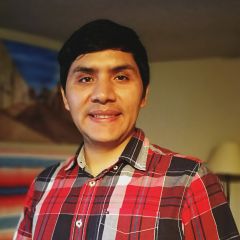 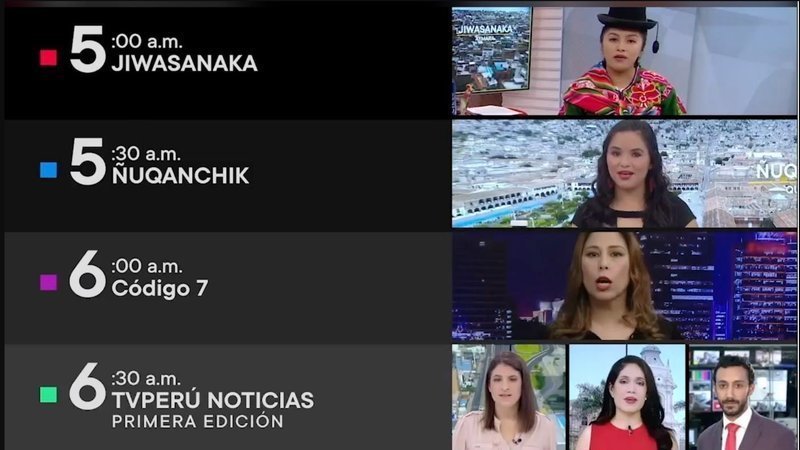 The title of this article summarizes the attitude of the state channel TV Perú towards indigenous peoples, while also reflecting the colonial history of the country. At the threshold of the bicentennial anniversary of the nation-state of Peru, the space that the indigenous peoples have in the country is reflected in the poor representation they have on the state television channel. Quechua and Aymara activists are leading a call for action for the recognition and sovereignty of indigenous peoples in regard to the use of their native languages.

Some years ago, the TV programs in Quechua and Aymara began to be broadcast for just one hour a day, from 5:00 to 6:00 am when the audience numbers were the lowest. In early August, the TV channel's management planned on broadcasting these programs at 4:00 am, but the time was changed back to 5:00 am after indigenous activists petitioned and protested on social media against the decision. One of the justifications put forward by Eduardo Guzmán Iturbe, who is responsible for the TV Perú's programming, was that the indigenous Quechuas and Aymara people wake up at 4:00 in the morning, unlike those viewers who live in cities. This argument contradicts the data from the last census in 2017 that shows that the largest number of indigenous language speakers ​​live in cities; for example, in Lima, more than 700,000 residents have Quechua as their mother tongue. Guzman's statement is an example of the discourse throughout the 200-year history of the Republic of Perú, that “indigenous people belong in the past and live in the countryside.”

Most Quechua speakers of Peru live in cities as a result of internal migration. Yet, they do not have access to public services using their mother tongue. Instead, they have to adapt to the country's colonial policy which promotes assimilation to Spanish in state institutions, such as education, health, and other government services. Even in remote regions such as Cusco and Apurímac, where most of the inhabitants speak Quechua, public services are in Spanish, except for some isolated initiatives. This is how the Republic of Perú was founded and very little has changed in its almost 200-year history. When “multiculturalism” and “interculturalism” are displayed, it is only to disguise this deeply colonial, racist, and discriminatory country. This colonial attitude is propagated not only from the capital city but also by the powerful local elites who believe that the more Spanish is spoken, the more developed or modern the country is, reflecting what Rivera Cusicanqui (2010) calls “colonial thought.”

The commercial media corporations in Peru still do not have a program in Quechua, showing us once again that the country has reached its bicentennial as if Spanish were the only language we speak in Peru. This situation reveals the attitude of the mainstream media owners towards the indigenous peoples, using them at certain times only to display an image of “cultural wealth” of the country, attractive for tourism. When one of these corporations has a program in Quechua, it will be a milestone for the recognition of the “Others” who are also part of this country. Those “Others” are the indigenous peoples who have been inhabiting this territory long before the creation of the Republic of Perú and the arrival of Europeans.

In this way, we continue to repeat the attitude and colonial policy of that nascent republic of Perú in 1821, which promoted the assimilation and the exclusion of the indigenous people. Let us remember that the new republic caused the number of Quechua language speakers in the country to decrease from approximately 70 percent (in 1870) to approximately 30  percent (in 1970). Different strategies and policies were used to promote the learning and use of Spanish in education and other state services. According to government data, currently, 13 percent of Peruvians are Quechua-language speakers.

Just as the state channel schedules the very early morning hours for indigenous languages, the country's indigenous people have simply been ignored or seen as a problem to be solved. State authorities only talk about us when there is a disaster, a social conflict, when we need to be part of the country's army, or when tourism is promoted. Those few times when the indigenous people are acknowledged are due to compassion and the need to protect those who are considered less than others. Neglect and compassion are often confused; they do not mean treating those “Others”—be they runes (Quechua word for “people”), or any other indigenous group in the country—as people. During the other 23 TV hours and throughout the years, this republic still considers that the indigenous people do not exist and have not existed in its history.

For this reason, it is more necessary than ever for the indigenous peoples of Perú to gain greater sovereignty in the use of our languages and our presence in the media. This means having a media network, a television and radio station, and virtual platforms for journalistic production from our experiences as indigenous, and led by us. If we look at the experiences of other indigenous peoples in the world, such as in Australia and New Zealand, we will see that they managed to create their own networks and media platforms. How can we, too, achieve this? We are already many Quechuas, Aymara, and Amazonians who have had local radio stations for many years and have been involved in radio, television, and print journalism. We need to strengthen our networks, occupy new platforms, and lead the communication processes in media.