About 75 percent of presenters, commentators and reporters have an Anglo-Celtic background 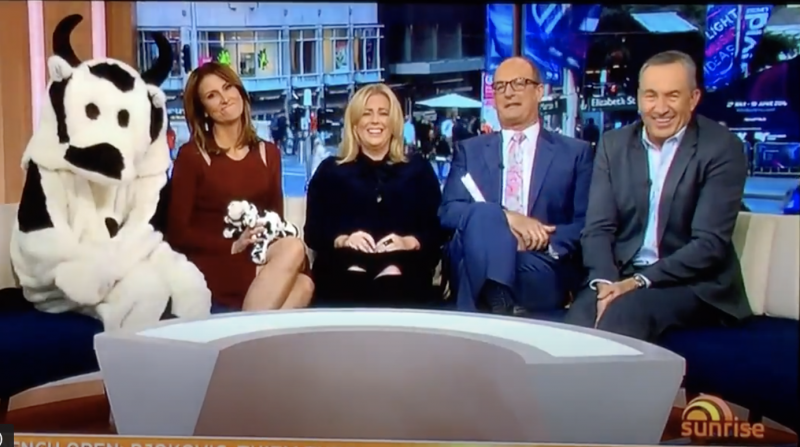 A new report by Media Diversity Australia highlights the dominance of presenters, commentators and reporters of Anglo-Celtic background in national television news and current affairs. Anglo-Celtic people are those of British and Irish descent.

Their research looked at 81 news and current affairs programs broadcast across free-to-air television over a two week period in June 2019, involving 270 presenters, commentators and reporters.

Im not sure how diverse you need to be to qualify for diverse but I’m of Yugoslav German and British heritage with a surname Stefanovic. I used to be called a wog at school. I’m proud of my heritage. Im pretty sure it’s diverse and nine have always supported that.

The Twitter storm that followed Karl’s tweet was covered in detail by the Special Broadcasting Service (SBS), which is government-owned and has an obligation to provide multi-lingual and multi-cultural media services. SBS World News was part of the survey but not their National Indigenous Television (NITV) programs.

This was one of the milder responses to Stefanovic on Twitter:

I'm of Serbian background (both parents are Serbian), and am proud of my heritage. But we are white. No one can look at us and tell we're “ethnic”, and we haven't faced the challenges of being judged based on our skin tone. That's what the study is alluding to. It isn't about us

The Seven Network Sunrise breakfast program, a rival of the Today Show, also copped criticism on social media after the news.com.au article that Karl had responded to.

Academic Susan Carland seemed to enjoy posting this image from the story:

As part of the research, more than 300 television journalists completed a survey in June 2020 examining their perception of cultural diversity. More than 70 percent of participants rated the representation of culturally diverse men and women in the media industry either poorly or very poorly. In addition, 77 percent of respondents with diverse backgrounds believed having a diverse cultural background was a barrier to career progression. “Cultural diversity was understood as based on a person’s ethnicity and ancestral background.”

Moreover, the report claims that in July 2020, “100 percent of free-to-air television national news directors in Australia have an Anglo-Celtic background (and they are also all male).” A 2018 report made similar findings about a predominance of Anglo-Celtic company directors in Australian boardrooms calling the situation, “Male, pale, and stale.”

Two of the news organisations, namely the Seven and Nine TV networks, have been criticized for their responses to the report. Seven sees it as a “work in progress,” while Nine's Darren Wick responded:

However, I don’t think simply counting surnames on TV is an effective way of addressing the issue or helps in finding practical solutions to these challenges.

Clearly it’s change that’s sorely needed — but instead of committing to help improve things, they’ve both gone on the defence. They’re now being slammed for their victim-blamey response to the findings.

This is so disingenuous. I’m Lebanese Australian. I’ve applied for a few jobs at 7 and 9 and haven’t even made it to interview stage. I have a masters degree in journalism and have completed a few unpaid internships in newsrooms. https://t.co/r4enzbAM23

I used to produce and host tech segments on mainstream morning television. When they realised I was Aboriginal, they asked me to speak on Indigenous affairs issues. Not long after I refused, I was told they could no longer pay my $250 segment fee. A white man replaced me. https://t.co/DawdPYL6i5

The report has five recommendations to improve the situation: Make the case for diversity; Collect data on cultural diversity; Establish targets to increase cultural diversity; Recognise the economic benefits of a more culturally diverse workforce; and Prioritise diversity in the organization’s approach to recruitment and promotion.

SBS and the other national broadcaster, the Australian Broadcasting Corporation (ABC), are required to measure and report cultural diversity but commercial networks are not.

CALD (culturally and linguistically diverse) journalist, Andrea Ho, was a member of the ABC’s diversity and inclusion committee when she was recently made redundant. She sent a warning to old media about the urgent need for change:

Important research from @MediaDiverseAU today. But don’t act surprised, we CALD journos told our employers for years. And slogged to change the status quo. CALD audiences have great choices now, so here’s your leaver for change – or it’ll be a death knell #diversityinmedia https://t.co/O7ASR48vOx

One of the report's authors, Usha M. Rodrigues, explored the findings on The Conversation with “Whitewash on the box: How a lack of diversity on Australian television damages us all”:

The study also examined more than 19,000 news and current affairs items from Australian free-to-air metropolitan and regional networks, broadcast over two weeks in June 2019. It found the lack of diversity is also reflected in the stories programs make, the issues they examine and the way they examine them.