The surcharge will keep even more Liberians offline 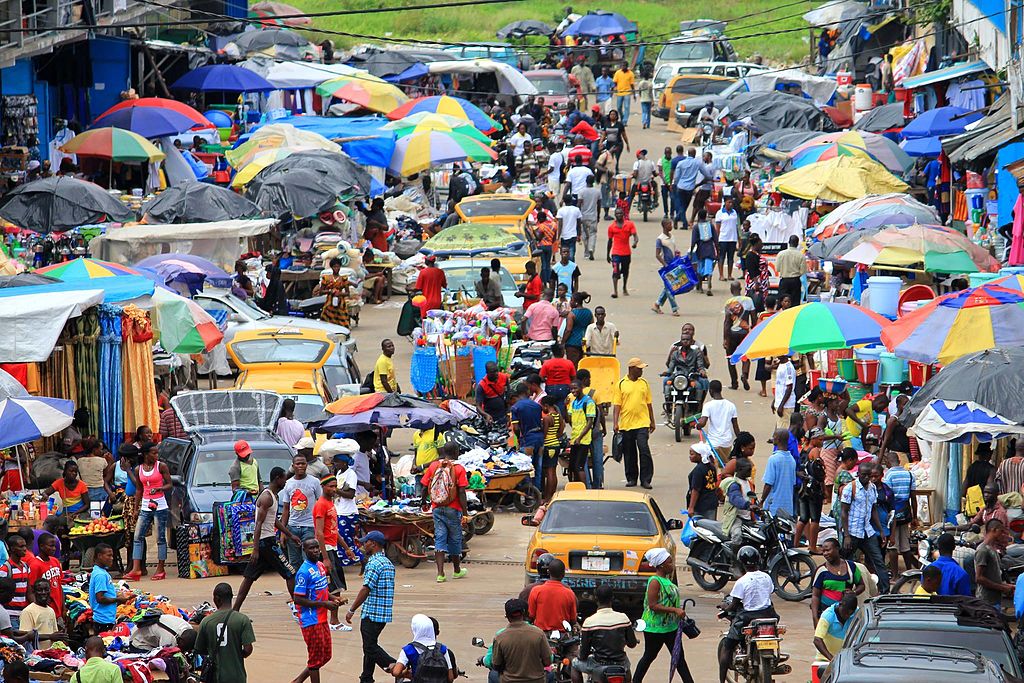 Amid the COVID-19 pandemic, the government of Liberia plans to enforce a new tariff that will further increase revenue by implementing a mobile phone company surcharge.

Facing harsh economic conditions due to the pandemic, internet and voice call users have taken their pent-up anger to the streets on June 25, setting up roadblocks, burning tires and chanting anti-government songs related to the tax surcharge. The Liberian National Police arrested a few protesters during the protest.

Several opposition leaders oppose the surcharge, saying that the additional fee will stifle the digital rights of everyday Liberians.

In 2018, the Liberia Telecommunication Authority (LTA) issued an order that imposed price floors and surcharges on net voice calls and data, essentially putting an end to three-day free calls and data bundles that used to cost $1 United States dollar.

The cost-prohibitive surcharge will make it harder for everyday Liberians to get online, limiting digital access at the height of a pandemic when citizens need reliable information more than ever.

Liberia’s two main service operators — Orange and Lonestar — are also opposed to the surcharge. In fact, Orange Liberia’s Chief Executive Officer Mamadou Coulibaly was arrested by the National Security Agency in connection with the protest action. He has since been released pending further investigation.

Orange last month filed a writ of prohibition to have the Supreme Court put an injunction on the enforcement of the surcharge but it was denied until a full bench meets on the case, quoting presiding Justice Jamesetta Howard Wolokolie.

Both Orange and Lonestar have contributed significantly to the government through their taxes over the years. From the days of former President Ellen Johnson Sirleaf to now-President George Manneh Weah, there has been a pattern of tax levy increases when the government is desperate to wrestle out of budget shortfalls.

The rise of the internet in Liberia

Lonestar was launched in 2000 and became a subsidiary of the South African MTN Group in 2006. At first, a sim card sold for $65 USD, and users had to finish the credit within a few days or return the balance once it expired. Today, the cost of a sim card is about $1 USD, making it much more affordable for the average user.

As internet usage skyrocketed in Liberia and cheap smartphones began to flood the market, a Facebook frenzy gripped the country.

Celcom, now known as Orange, competed with Lonestar by mounting towers and establishing substations throughout Liberia. Orange won awards for its outstanding service and the Liberia Revenue Authority (LTA) awarded it as the highest tax contributor nationwide. 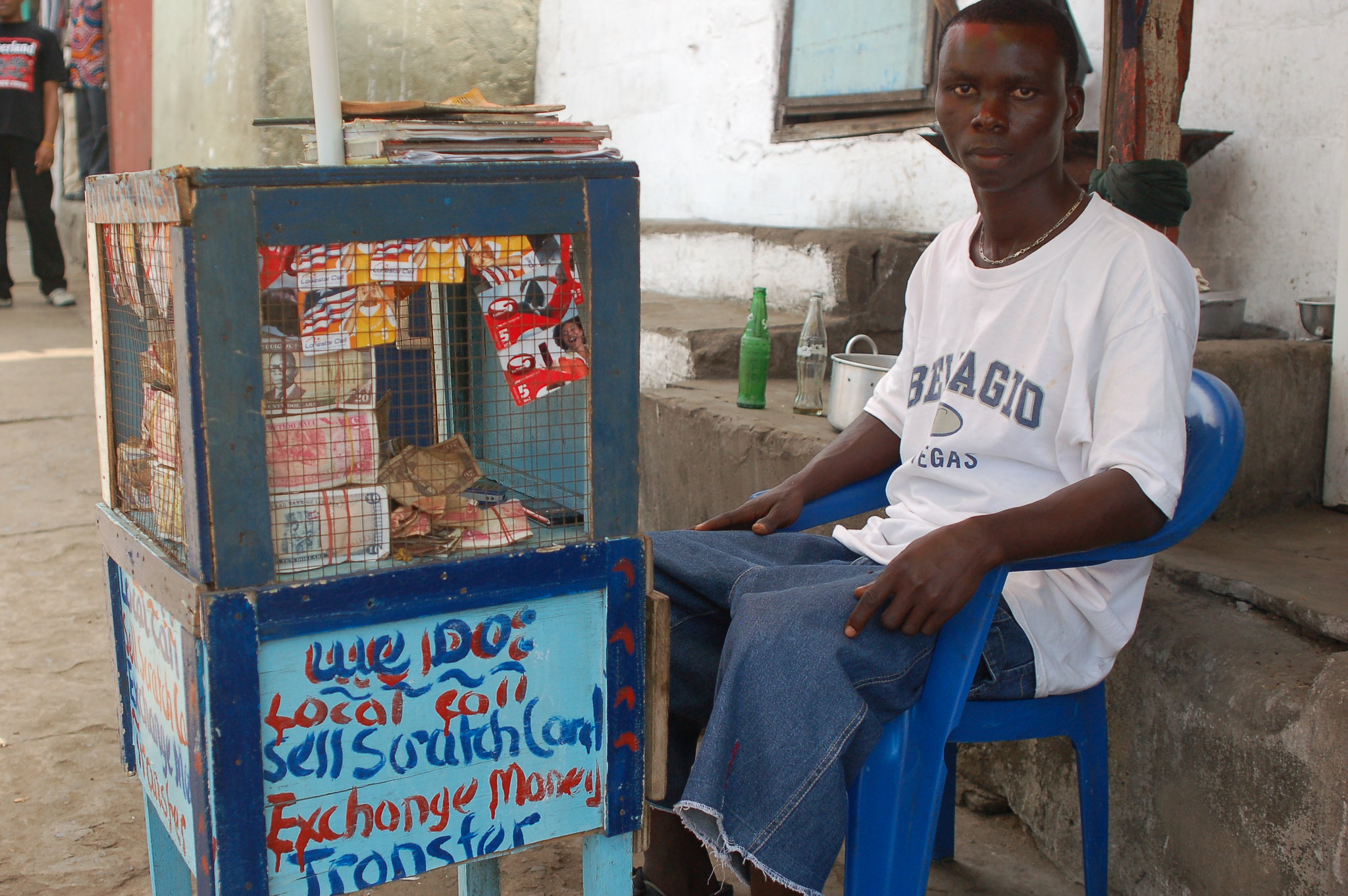 A mobile phone scratch card vendor in Liberia in 2009. Photo by Erik (HASH) Hersman via Flickr / CC BY 2.0.

As Lonestar and Orange continued to compete for customers, a national conversation began to emerge regarding the fairness of freebies and special promotions that Liberian users grew to love.

“In Mr. Urey’s letter of complaint, he indicated that the government had lost a total of $22 [million] for the operating years of 2013, 2014 and 2015 due to long-running and unending promotions,” according to FrontPage Africa.

In response, then-President Sirleaf met with the LTA and submitted a bill that amended the revenue law, imposing “an excise tax of 1 cent US on each minute of call made over the GSM networks,” in addition to the 15-percent tax for goods and services already collected by mobile phone companies, according to FrontPage.

Some speculated that Urey, an opposition leader with the All Liberian Party who contested the 2017 elections, was concerned about Lonestar’s dwindling revenue, and was lashing out against Orange for making headway in its quest for new subscribers.

Following the Supreme Court’s denial of Orange’s application to block the surcharge, the government suspended LTA head Ivan Brown. A government press release explained that Brown was “suspended for his conspiratorial and unethical activities as chairman of the LTA.’’

The decision may be linked to an alleged telephone conversation between Brown and Henry Costa, a self-styled political commentator and a trenchant critic of the current Weah administration.

In an interview with Blast TV on June 9, Costa clarified to the interviewer that he “did not record Brown,” but he did ask the LTA boss directly about the surcharge.

Costa supposedly asked Brown: “What are you all doing about his surcharge? Don’t you know our people cannot afford this thing? It’s going to kill the people…’’ He further warned: “George Weah is trying to stifle our voice; he’s trying to deny us access to information. It will get so expensive; you will not be able to go on Facebook.”

Costa, the head of the opposition bloc Council of Patriots (COP), staged a series of mass anti-government protests before fleeing the country last year.  His Roots FM radio was shut down by the government last year due to supposed licensing issues and the case is in court. But Costa continues to mobilize citizens to oppose the surcharge on GSM operators through his radio’s online broadcast.

An ultimatum — on expression?

In mid-June, ruling party lawmaker Acarious Gray called a press conference issuing an ultimatum: Either companies comply with the new surcharge or pack up. Gray also said that he would introduce bills to restrict GSM companies from imposing further fees on services without the knowledge of the Liberian legislature.

The surcharge issue has opened a pandora box of concerns and conspiracy theories.

Many citizens question whether the government’s real interest is generating more income at the height of the coronavirus pandemic, or gagging social media ahead of midterm elections set for the end of 2020.

These fears are not unwarranted given Liberia’s recent history of shutting down expression. On June 7, 2019, access to social media platforms and apps was disrupted during a mass protest over millions of missing dollars. Critics suspect the government was arm-twisting operators behind the scene.

Counselor Negbalee Warner, dean of the Grimes School of Law in Liberia, reflecting on the measure that ended the three-days-free calls, decried the incident as unsupportive of Liberia’s Freedom of Information law.

Warner argued that “with these increases, most people will face limitations on their right to ask questions from relevant custodians of information and be able to share such information on social media in exposing corruption,” during a keynote speech at United Methodist University in Monrovia, on International Right to Know Day, on September 28, 2019.

Meanwhile, everyday mobile users continue to monitor the situation and brace for the unknown. By all indications, internet and voice call usage will plummet. It is not a favorable time for operators and users alike.