Information warfare: COVID-19’s other battleground in the Middle East

The internet breeds and amplifies state-sponsored fake news and propaganda 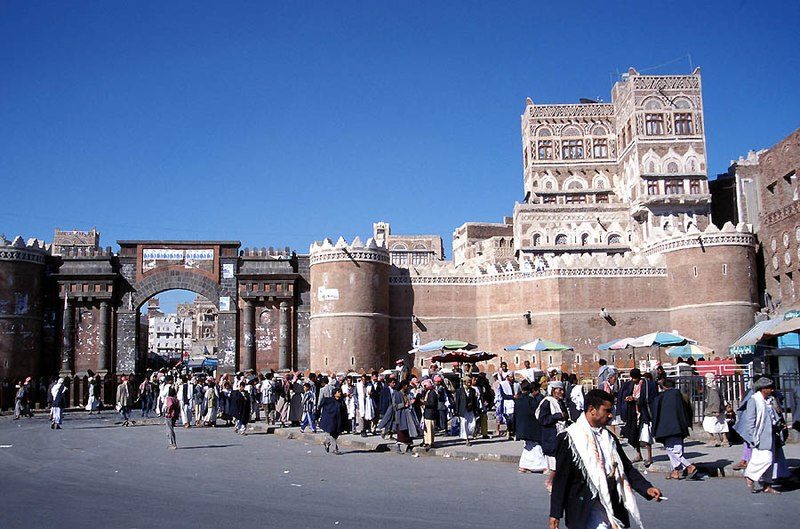 The Gate of Yemen in the capital Sana'a. Photo by Jialiang Gao, licensed under CC BY BY-SA 2.5

COVID-19 has exacerbated existing political tensions in the Middle East and North Africa, a region already marred by decades of conflict. Now, unscrupulous politicians blame their political enemies or neighboring governments for the spread of the novel coronavirus.

Director of the World Health Organisation (WHO), Tedros Adhanom Ghebreyesus, sounded the alarm on the threat that mis- and disinformation poses to humanity:

“At the WHO, we’re not just battling the virus, we’re also battling the trolls and conspiracy theories that undermine our response,” he said, reiterating that false information can cause confusion and fear.

The MENA region is no stranger to conspiracy theories and disinformation practices. A 2019 Oxford University study revealed that the region is home to half of the top 12 countries identified as having a “high cyber troop activity” — including Egypt, Iran, Israel, Saudi Arabia, Syria, and the United Arab Emirates.

Those in positions of power use “information warfare” to frame narratives and control public opinion, and social media has become the main battlefield to employ influencers, trolls, bots, and commenter armies.

In Iran, Yemen and Syria, the so-called “axis of resistance” — whose legitimacy is often tied to virulent opposition to the West — leaders have seized on COVID-19 to reaffirm political positionality and channel hostile anti-Western ideologies.

Hezbollah, for example, has framed the coronavirus as a plot twist by their “enemies” — the West in general and the United States in particular. Hezbollah, a Shi’a political party based in Lebanon, and affiliated with Iran, is known for being a state within a state. It is considered a terrorist organization by most countries.

The corona is a highly threatening enemy. We have to confront this invasive enemy. We should not surrender or despair or feel helpless. The response must be confrontation, resistance, and fighting. We will win this battle. It is only a matter of time.

The Iranian-led ‘axis of resistance’

In the battle for hearts and minds, the Iranian regime’s ideological army — the Islamic Revolutionary Guard Corps (IRGC) — has led a counternarrative about the pandemic, portraying the virus as a conspiracy orchestrated by the regime’s traditional enemies — the United States and Israel.

The propaganda includes claims that the virus is an “American biological invasion” and a “Zionist biological terrorist attack,” leading some of the regime’s defenders to call for a retaliatory response.

Since its founding in 1979, the IRGC has been the “ruling clergy’s principal mechanism for enforcing its theocracy at home and exporting its Shi’ite Islamist ideology abroad, “according to Foreign Policy.

It collaborates with its allies in Arab capitals where it holds considerable influence —  Iraq, Lebanon, Syria and Yemen. They share similar anti-Western, US and Israeli ideologies. The leaders of these nations often glorify fighting and martyrdom.

Hezbollah Secretary-General Nasrallah, for example, regularly preaches martyrdom messages to his base. In an interview, he explains: “Our fighter blows himself smiling and happy because he knows he is going to another world. Death for us is not the end but the beginning of real life.”

Yemen continues to grapple with the worst humanitarian crisis in the world, according to the UN, after plunging into a bloody proxy war in 2015, when a Saudi-led coalition intervened to remove Houthi leaders from power taken following a coup.

Houthis forces, backed by Iran, control the most-populated northern region, as well as the media. Houthi leaders have used the pandemic — described by some analysts as a “gift for the Houthis,” to attack rivals and deflect attention from the ongoing crisis. Houthi leaders also promote the Iranian regime’s conspiracy theory that the virus is an American plot.

Houthi Minister of Health Dr. Taha Al-Mutawakkil said in a public sermon aired on TV: “We must ask the whole world, we must ask all of humanity: Who and what is behind the coronavirus?” He concludes with a Houthi slogan: “Death to America! Death to Israel! Curse be upon the Jews! Victory to Islam!”

As the virus sweeps through Yemen in recent weeks, activists report dozens of deaths. Houthis leadership has denied the scale of the outbreak and downplayed its severity. In a press conference, Mutawakkil said:

We should not do like the rest of the world who have terrorized the population. The recovery of the virus is very high, it is in Yemen of over 80 percent. The treatment of the coronavirus will come from Yemen.

Houthis often conform to an ideology rooted in victimization and showcase that all of Yemen’s problems are caused by external interventions that started in 2015 with the Saudi-led military campaign. As such, they often blame the Saudi-led intervention that absolves them responsibility for the current crisis.

Mohamed Ali al-Houthi, a member of the Houthi Supreme Political Council, tweeted on March 16, that the Saudi-led coalition is to blame for any spread of coronavirus in Yemen.

In the territories occupied by the aggressor countries [Saudi led coalition] no precautionary or emergency or  quarantine measures have been taken or anything. There would not be an epidemic sweeping the world called corona. We hold the American aggressor and its allies responsible for every case in Yemen, as it controls the airspace, the land and ports.

Houthis leaders have also exploited the virus to push their base into action and boost military recruitment. On a Houthi affiliated TV channel, a speaker recommended the public to join the battlefield and die as martyrs instead of dying confined at home from the coronavirus.

The Saudi-UAE axis: Blame it on Qatar and Iran

The Gulf Council Countries (GCC) was formed in 1981 in the wake of the Islamic Revolution in Iran and the Iran-Iraq war, by Saudi Arabia, the United Arab Emirates, Kuwait, Qatar, Oman and Bahrain. Their union, from its inception, was to defend themselves against an Iranian threat.

However, the GCC has been in crisis since 2017, when a bloc of countries led by Saudi Arabia and the United Arab Emirates, came into conflict with Qatar over allegations of links with Iranian’s “terrorist groups.” A full blockade has been imposed since June 2017 against Qatar.

The coronavirus has been politicized against this backdrop. A widespread narrative in all GCC countries supports the story that the virus was imported from either Iran, the regional epicenter of the crisis, or Iraq, via Shi’a citizens returning from a pilgrimage in Iran.

The Saudi daily newspaper, Al Jazeera, accused Iran of “adding to its bloody terrorism health terrorism” for not having been transparent and allowing the virus to spread.

Saudi Arabia held Iran “directly responsible” for the spread of COVID-19 and Bahrain accused it of “biological aggression” by not stamping passports of Bahrainis who traveled to Iran.

In a region ruled by Sunni royal families over a large Shi’a minority, scrutinized for its perceived proximity with Iran, this scapegoating is likely to fuel sectarianism and tension.

The UAE and Saudi Arabia have launched social media campaigns to blame Qatar for the coronavirus using hashtags such as #Qatariscorona, claiming that Qatar manufactured the virus in China to jeopardize Saudi Vision 2030 and Dubai Expo 2020.

The internet has provided fertile ground for breeding and amplifying state-sponsored fake news and propaganda campaigns. In an era of social distancing and increased reliance on social media, allowing these narratives to spread unchallenged and unpunished undermines an effective pandemic response — and more widely — peace and democracy.