Coronavirus and surveillance technology: How far will governments go?

Governments mobilized digital surveillance to contain the spread of the virus 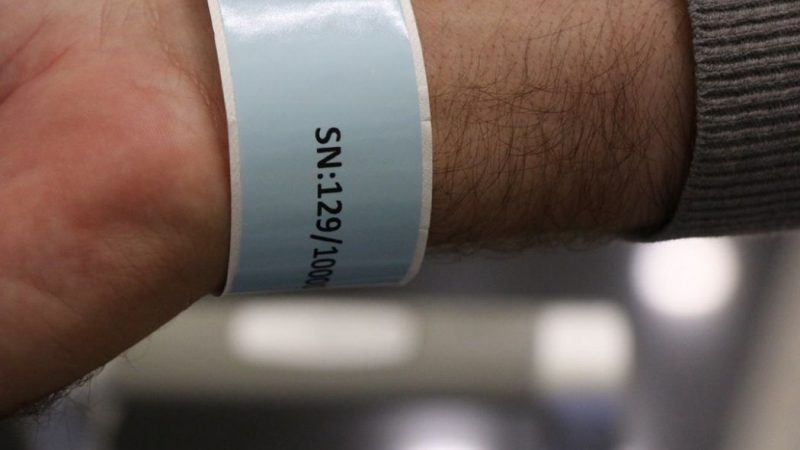 The following post written by Shui-yin Sharon Yam, Assistant Professor of Writing, Rhetoric, and Digital Studies at the University of Kentucky, was originally published on Hong Kong Free Press on 24 March 2020 and republished here on Global Voices under a content partnership agreement.

Since the COVID 19 outbreak became a fast-spreading pandemic, governments from across the globe have implemented new policies to help slow the spread of the virus.

In addition to closing borders to non-citizens, many governments have also mobilized digital surveillance technologies to track and contain visitors and citizens alike.

On Wednesday, the Hong Kong government announced that all new arrivals to the city must undergo two weeks of self-quarantine, while wearing an electronic wristband that connects to a location tracking app on their phones.

If the app detects changes in the person’s location, it will alert the Department of Health and the police. Prior to this new policy, only people who had recently visited Hubei province in China were required to wear a monitoring wristband during their quarantine period.

While surveillance technologies and measures may give the public a sense of security in controlling the spread of the virus, we must remain mindful and vigilant of their continued use after the pandemic subsides.

European and North American countries like Italy, Spain, and the US are currently being hit hard by the coronavirus. Meanwhile, Asian countries have been praised by international media for their swift responses and use of surveillance technologies to control the outbreak.

The Singaporean government, for example, implemented policies that can effectively and rigorously trace a complex chain of contacts. As of February, anyone entering a government or corporate building in Singapore will have to provide their contact information.

In addition, the government has been gathering a substantial amount of data detailing not only each known case of infection but also where the person lives, works and the network of contacts they are connected to.

While these measures have thus far seemed to yield positive results, they have highlighted the technological capacity and power of the government to monitor the movements and lives of every individual.

In China, where Covid-19 was first detected, the government has been deploying not only drastic lockdown policies but also a variety of surveillance technologies to ensure public compliance with self-quarantine and isolation.

In addition to using drones to monitor people’s movements and ensure they are staying home, police in five Chinese cities have taken to patrolling the streets wearing smart helmets equipped with thermal screening technologies that sound an alarm if a person’s temperature is higher than the threshold.

The government has also collaborated with the company Hanwang Technology Limited to finesse their existing facial recognition technology, so that it can work even when the person is wearing a face mask.

When connected to a temperature sensor and the Chinese government’s existing database as well as state-level intel, this technology allows authorities to immediately identify the name of each person whose body temperature is above 38 degrees Celcius.

According to Hanwang Technology, this refined facial recognition technology can identify up to 30 people “within a second.”

While the use of surveillance technologies like these has been effective in lowering the number of confirmed cases in China, it is not without risks.

This technology can also be co-opted by China’s counterterrorism forces to further monitor and regulate the movement of the Uighur people, who are categorised as terrorists by the Chinese government and are currently being forced into mass detention camps and subjected to forced labour.

Outside of Asia, Middle Eastern countries like Israel and Iran have also been deploying similar surveillance technologies, citing the need to control the spread of the coronavirus.

The Israeli government now makes use of technologies developed for counterterrorism to collect cellphone data, so that the government can trace people’s contact network, and identify those who need to be quarantined.

The geolocation data gathered via people’s phones will then be used to alert the public where not to go based on the pattern of infection.

Not only is it unprecedented for Israel to deploy counterterrorism data to combat a public health crisis, but the existence of this data trove has also, according to the New York Times, not been reported prior to this.

On March 6, researcher Nariman Gharib revealed that the Iranian government had been tracking its citizens’ phone data through an app disguised as a coronavirus diagnostic tool.

Security expert Nikolaos Chrysaidos confirmed that the app collected sensitive personal information unrelated to the outbreak – for example, the app recorded the bodily movements of the user the way a fitness tracker would.

Google has since removed the app from Google Play, but this case demonstrates the need for ongoing public vigilance over government use of surveillance technologies in the name of public health.

Safeguarding public health has historically been used as a justification for mainstream institutions and government authorities to stigmatise, monitor, and regulate the lives of marginalised people – such as immigrants, racial minorities, LGBTQ+ people, and people living in poverty.

If we do not hold our government accountable for its use of surveillance technologies during the current pandemic and beyond, we will be putting those who are already marginalised at further risks of regulation, suppression, and persecution.