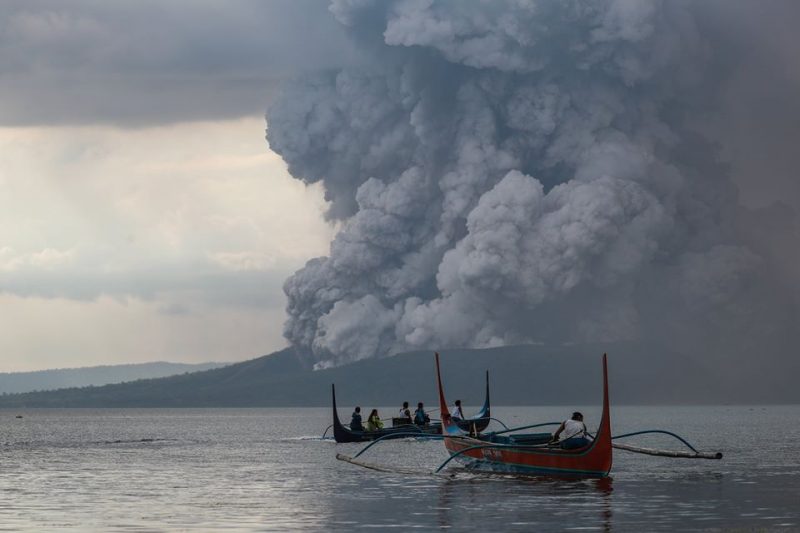 This is a translated article by Ciriaco Santiago III originally published in Filipino by Manila Today, an alternative news website based in the Philippines. Republished with permission. Translation by Karlo Mongaya.

Taal Volcano’s phreatic eruption (emission of smoke because of heated water from the mouth of the volcano) in the Philippines happened on January 12, 2020. Taal, located south of the capital Manila, is one of the world's smallest active volcanoes.

This caused ashfall in neighbouring towns and even various parts of the Southern Tagalog (south of capital Manila), Metro Manila, and Central Luzon (north of capital Manila) regions. All flights coming in and out of the Ninoy Aquino International Airport were cancelled.

Classes at all levels and work in government, except for ‘frontline services’ (hospitals, emergency response, etc.) were also cancelled on January 13 and 14 in Southern Tagalog, Metro Manila, and some parts of Central Luzon. Classes remain cancelled in Batangas, Cavite, and Laguna on the fourth day of the volcanic eruption.

On January 13, the day following the eruption, the Philippine Institute of Volcanology and Seismology (PHIVOLCS) released an alert on the magmatic eruption (release of magma in the mouth) of Taal Volcano.

Over 30,000 are estimated to be affected and displaced from Batangas and Cavite because of the volcanic eruption, according to the National Disaster Risk Reduction and Management Council. According to the Batangas Provincial Disaster Risk Reduction and Management Office, over 33,000 have already been recorded as evacuees in evacuation centers. It is possible that people who evacuated to temporary accommodations of their own choosing are not included in this number.

Residents condemned the lack of warning and readiness amidst the calamity, and many evacuated through their own efforts after the tremors and emission of smoke from the volcano exposed them to looming danger. They were unable to immediately retrieve animals left on the volcano island, including hundreds of horses used to transport tourists to the mouth of the volcano, and other animals presumed to have died because of the extreme ashfall. 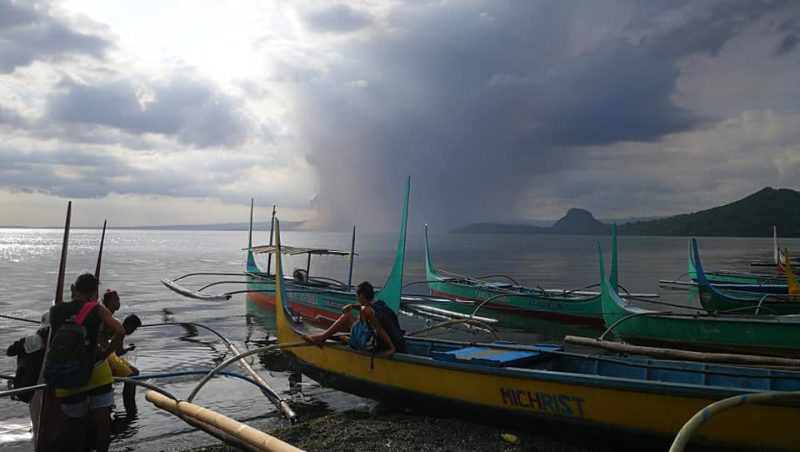 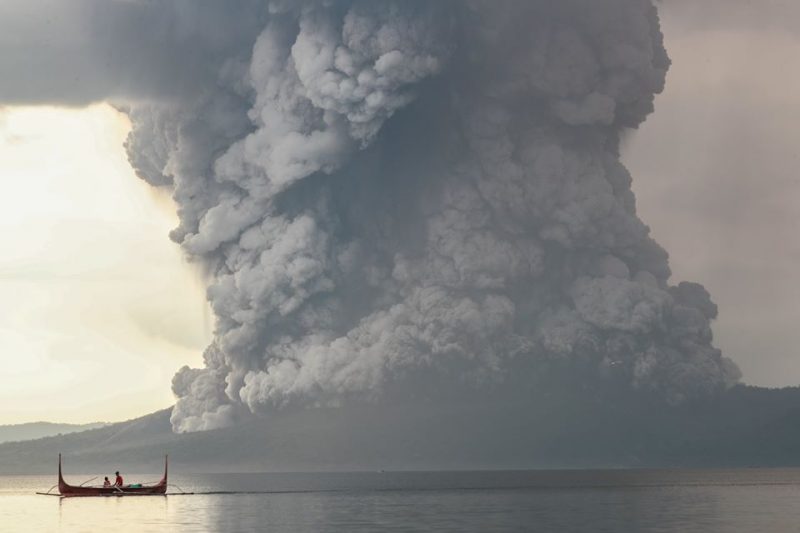 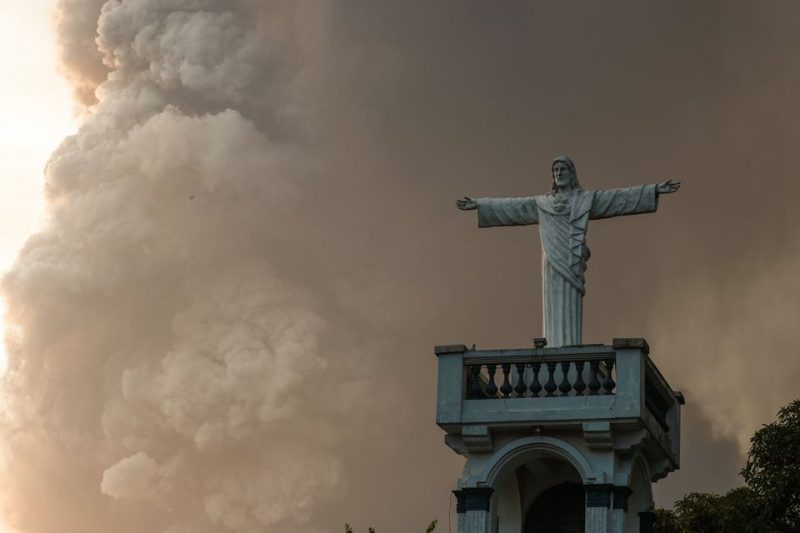 Photo by Ciriaco Santiago III / Manila Today. The thick smoke that Taal Volcano started emitting can be seen from the back of the statue of the Christ the Redeemer in the Marian Orchard in Balete, Batangas.

Fishing is the primary source of livelihood among the residents of the communities surrounding Taal volcano. An estimated 15,033 tons of tawilis, an endangered species of fish found in Taal Lake, are being affected by the volcanic eruption. 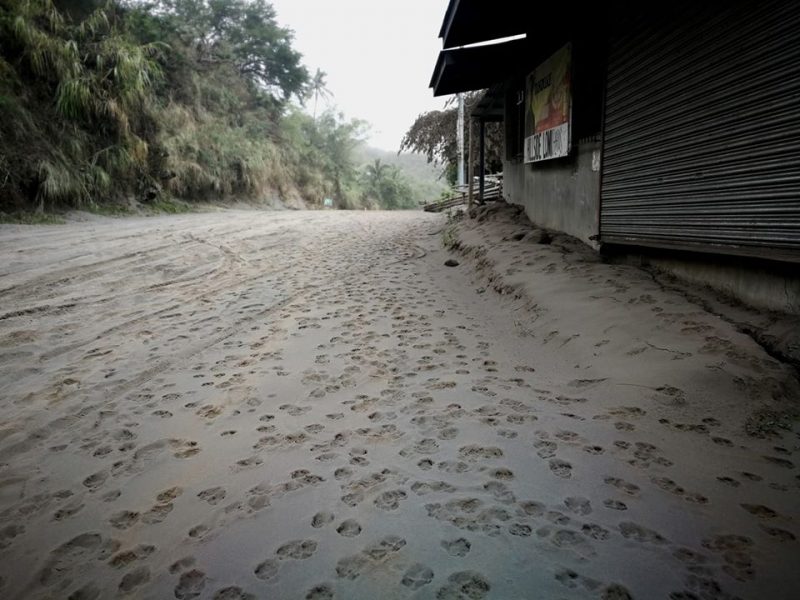 On the second day of the eruption, only the footprints of animals can be found in a barangay in Agoncillo, Batangas after people evacuated the night before. 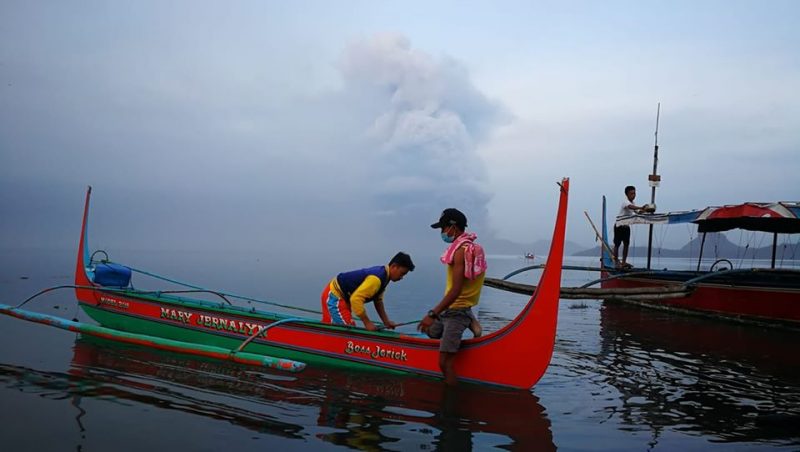 Some residents returned to find and retrieve the animals and means of livelihood left behind. 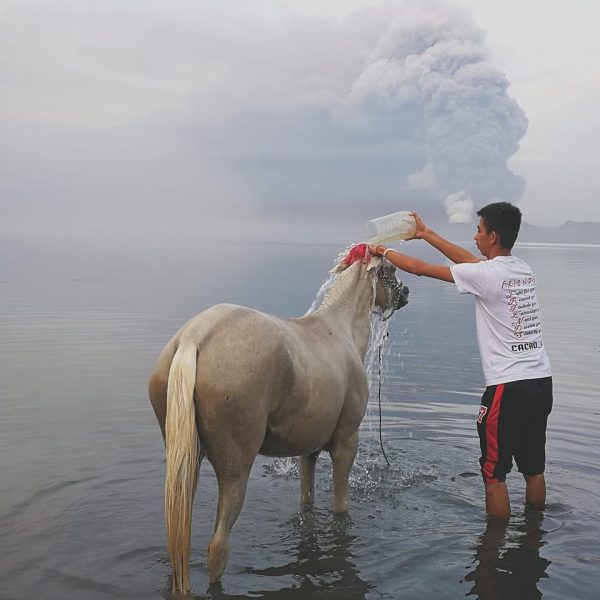 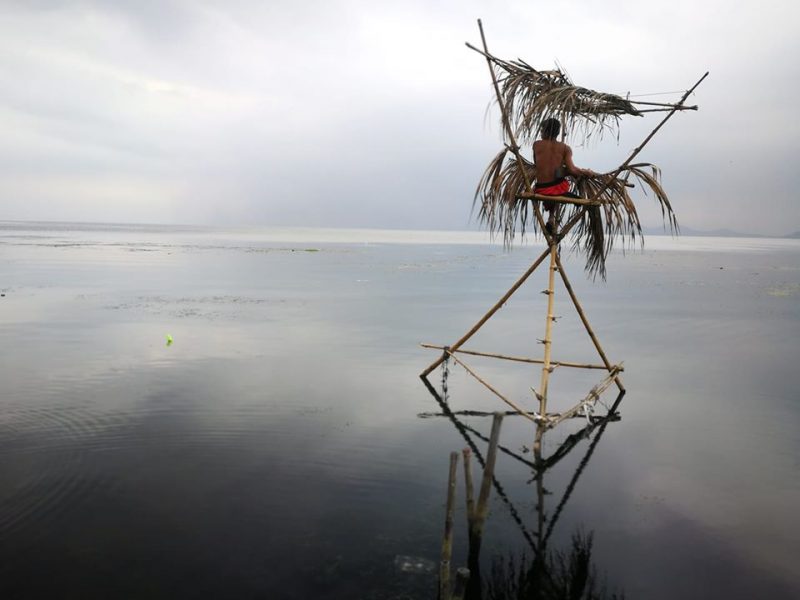 Life and work continue for a resident of Brgy. (village) Kinalaglagan, Mataas na Kahoy despite the second day of Taal Volcano’s continuing eruption. 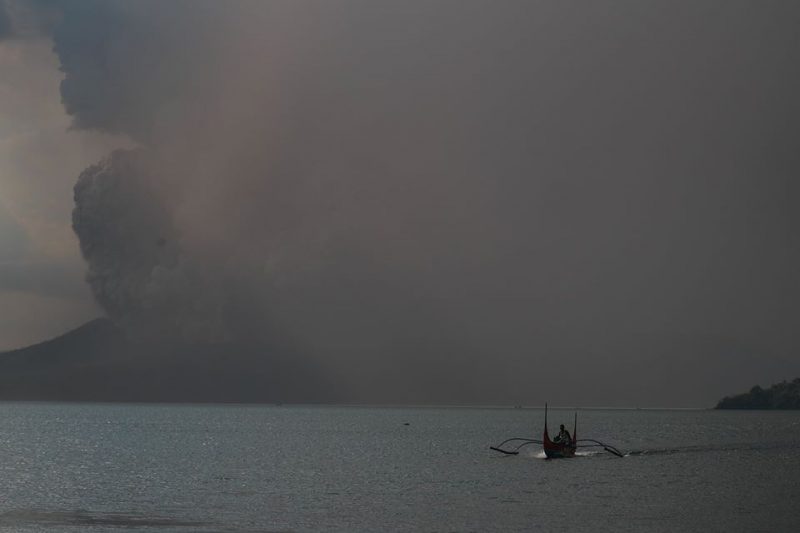 Smoke from Taal Volcano is still thick on its second day of the eruption.