Trinidadian Alfred Mendes had a long and extraordinary life 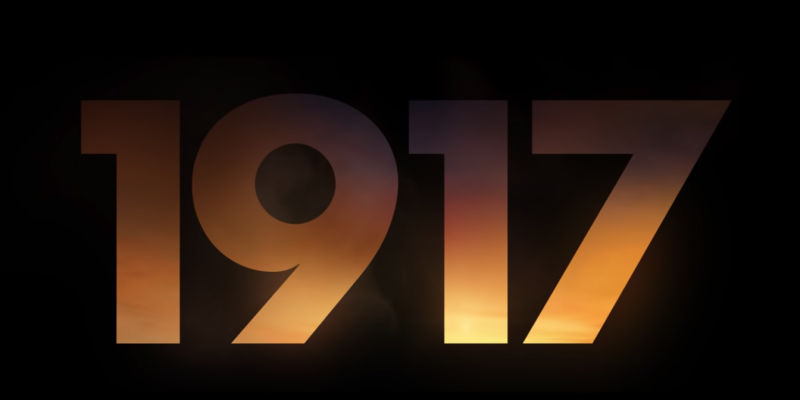 Screenshot from the official trailer of the feature film 1917, directed by Sam Mendes.

Most films by British director Sam Mendes capture the imagination of movie buffs in Trinidad and Tobago, and his World War I epic, “1917,” is no different. Apart from the drama being an example of filmmaking at its finest — Mendes would not have copped those two Golden Globes for best director and best motion picture otherwise — local interest is further piqued by the fact that the director has Trinidadian roots (to the point where some local filmmakers have even signed a petition asking Mendes to shoot a film in the twin-island Caribbean nation).

In his acceptance speech, he thanked his late grandfather, the writer Alfred Mendes (fondly known to many as Alfie), for inspiring the story, which Mendes co-wrote. “He signed up for the first world war, age 17, and I hope he is looking down on us and I fervently hope it never ever happens again,” he said.

The film is based on Alfred Mendes’ role as a messenger during the war, when he served in the 1st Battalion Rifle Brigade, training as a signaller in France. He was thereafter sent to Belgium, along with the rest of his battalion, to win back the village of Poelcappelle, which had been seized by the Germans. The battle was devastating for the British, who suffered great losses — 158 of the nearly 500 men in their battalion were killed, badly wounded, or missing — poor weather conditions and well-organised German counterattacks had a disastrous effect on their effort. 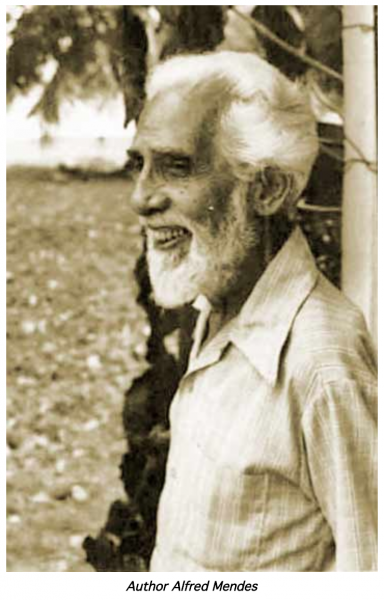 Screenshot of a photograph of Alfred Mendes, taken from a review of his novel, Pitch Lake.

Afterward, the battalion leader asked for a runner to find the locations of the survivors and report back; Alfred volunteered. He wrote about the decision in his autobiography:

I had done a signalling course and although it bore little relationship to the job at hand, I felt myself under an obligation to the battalion.

Because a signaller's role included assisting the artillery and providing reconnaissance on targets, the job was dangerous and often solitary, though in one of the film's most riveting scenes, two characters (Blake and Schofield) run across no man's land, charged with the mission of getting a message to the troops that they are about to walk into an enemy trap. (Interestingly, there is an isolated beach called No Man's Land in Tobago, though the moniker may have less to do with the war and more to do with the fact that the area, bordered by private land, is only accessible by boat.)

In real life, Alfred determined the positions of the wounded, allowing them to be rescued, for which he was awarded the Military Medal of Bravery — an honour bestowed on members of the British Army and the Commonwealth for displaying courage in land battle.

Following his military service, Alfred Mendes returned to Trinidad and got a job in his family's business, working as a writer on the side and immersing himself in the world of academia, literature and politics.

Mendes became part of the Beacon Group — an anti-colonial, intellectual think tank of sorts — which included writer and activist C.L.R. James, social realist novelist Ralph de Boissière, and trade unionist Albert Gomes. Mendes was a regular contributor to The Beacon, the publication which emerged from this community.

Along with James, Alfred Mendes helped publish two issues of Trinidad, a literary magazine that he described as “depart[ing] from the convention in the selection of our material, in the choice of a strange way of life, in the use of a new dialect. And these departures are still with our Caribbean successors.”

That contribution is hugely important. Through such writing, Caribbean people began to realise and inhabit their own unique identity, their own voice — and to be proud of it. Independence from Great Britain would take another few decades (Trinidad, like many other regional territories, became independent in 1962), but the idea of that melting pot of Caribbean-ness saw some of its beginnings through the pioneering eyes of Alfred Mendes and his literary peers.

Alfred Mendes’ first novel, “Pitch Lake,” published in 1934, explored the issues of class and race in 1930s Trinidad, issues the country still grapples with today — albeit in different manifestations. ‘Black Fauns,” a novel which came out the following year and dealt with life in the country's barrack yards, also took a social realism slant and helped plot a way forward for West Indian literature; C.L.R. James’ acclaimed novel “Minty Alley,” which also revolved around a barrack yard, was published in 1936.

Despite his talent, Alfred Mendes would not work as a writer his entire life. After a longish stint in New York, during which he participated in the city's writing community, he returned to Trinidad with his third wife, Ellen (née Perachini), with whom he would have two sons — James (Sam Mendes’ father) and Stephen. Alfred Mendes worked in Trinidad's private sector and then in the civil service, eventually becoming the general manager of the country's port.

Trinidadians who either worked or socialised with Alfie remember him as bright, energetic and deeply involved in the affairs of his country. Realising the power of politics to create change, he became a founding member of the United Front, a socialist-leaning party that contested Trinidad and Tobago's 1946 general elections. Although they won the lion's share of the vote and secured three of nine parliamentary seats, they never again ran for office.

In 1972, Alfred Mendes was made an honorary doctor of letters by the University of the West Indies, for his contribution to the development of West Indian literature.

Mendes retired in Barbados; many of those years were spent writing his autobiography. Upon his death in 1991, his unfinished drafts were edited and eventually published.

To read more about Alfred Mendes and his fascinating life, check out “The Autobiography of Alfred H. Mendes 1897–1991.”