Walk the streets of Japan on YouTube with Rambalac

"Not a vlog, no intrusive faces or talking, pure Japan." 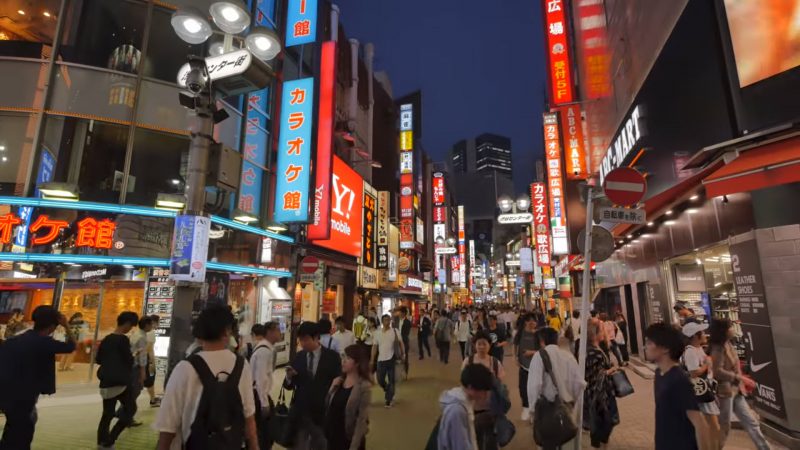 Screencap from ‘Walking in Tokyo Shibuya at night‘, from the YouTube video channel Rambalac.

If you've ever wanted to explore the streets of Japan from the perspective of a pedestrian, YouTube vlogger Rambalac is for you. A non-Japanese resident of Japan, Rambalac has uploaded dozens of videos taken on walks throughout the Tokyo area as well as other parts of Japan.

His most popular video, ‘Walking in Tokyo Shibuya at night’ has so far racked up more than 1.8 million views:

“Not a vlog, no intrusive faces or talking, pure Japan only,” states Rambalac as in introduction to all of his videos. He simply walks the streets of Japan recording his videos with a Panasonic Lumix GH5 mirrorless camera mounted on a Zhiyun Crane V2 gimbal stabilzer. There is no background music and no commentary, although Rambalac will sometimes ask his subjects for permission to keep filming.

I started filming my walks just for fun and additional reason to go outside. I do not talk, except to people in front of me, or show my face, I prefer minimum editing and no sound effects. Somehow videos got popular, more popular than I expected. Recently I even started streaming that walks for real time feedback trying to make videos better.

While many of Rambalac's walking videos feature Tokyo, he also travels to other parts of Japan. Here he takes an early autumn walk through Gion, a popular tourist and cultural district on the east side of Kyoto:

Here, Rambalac gets out of the city to explore Amanohashidate, one of Japan's “three scenic views” in a rural, remote part of Kyoto prefecture:

Rambalac's most popular videos include a walk through the backstreets of Tokyo at night during heavy rain, and a walk through Tokyo's Akihabara electronics and entertainment district.