Over 500 women accuse superstar psychic in Brazil of sexual abuse 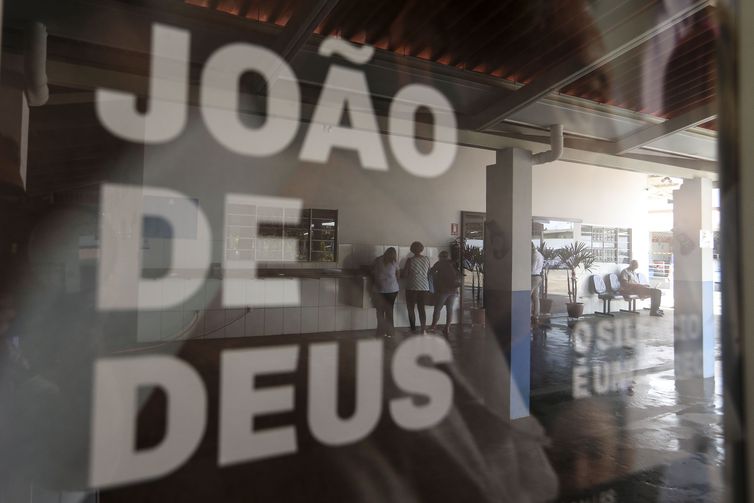 One week since she first visited Casa Dom Inácio de Loyola, a spiritual healing center located in the small town of Abadiânia, in the state of Goiás, Zahira Lienike Mous went back seeking treatment for a sexual trauma she had suffered in the past. On her first visit, she witnessed people being cured and felt safe.

Zahira, a Dutch choreographer who has relatives in Brazil, was referred for a private consultation with João de Deus, the pen name of João Teixeira de Faria. He is a star psychic in Brazil who has counseled presidents and North American celebrities like Oprah Winfrey.

In a matter of minutes, she went from feeling safe to being in shock:

[He] opened his pants, put my hand on his penis and started to move it. (…) I was in shock. Meanwhile, he kept talking about my family and told me to smile. (…) Afterwards, he cleaned himself up, took me to his office, opened a cabinet with precious stones and told me to choose the one I liked best. (…) I don’t know how many days after this, he pulled me again to the bathroom. It was a similar pattern, but this time he went a step further and penetrated me from behind.

The above testimony was one of ten similar ones broadcast on December 8 on a prime-time talk show at TV Globo, Brazil's main network television channel. Zahira was the only victim who didn't speak anonymously. Since the broadcast, around 500 women have filed reports with Goiás State's Prosecutor's Office accusing João de Deus of sexual harassment and rape.

This past week, national magazine Época published six testimonies by victims who report similar encounters with João de Deus. They describe episodes of inappropriate touch, of João de Deus pressing his penis against their bodies or forcing them into performing oral sex, always under threats of contracting diseases or of becoming possessed by evil spirits should they try to stop him.

On December 16, João de Deus turned himself in after a four-day-long hunt. Over the previous week, he had moved 35 million BRL (around 10 million US dollars) from his bank accounts, prompting the authorities to issue an arrest warrant out of fear he would flee the country. As of this writing, João de Deus hasn't been formally charged. He claims to be innocent of all accusations. 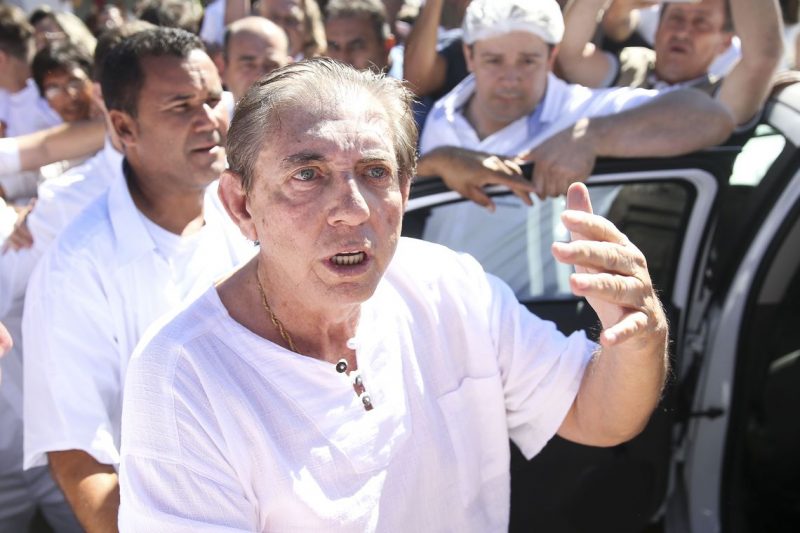 João de Deus is a household name in Spiritism in Brazil. With 3.8 million practitioners, Brazil is the country with the largest number of adherents of this religion in the world. Allen Kardec's doctrine, largely forgotten in Europe since the early 20th century, took root in the South American country following the massive popularity of Chico Xavier, a medium renowned for his ability to write letters from the dead to loved ones (six times courts have used them as actual evidence in murder trials).

Mediums are central figures in Spiritism and often rise to stardom in Brazil. To have an idea of the size of João de Deus fame, he has counseled former president Dilma Rousseff, current president Michel Temer, North American top model Naomi Campbell, actress Shirley MacLaine and TV host Oprah Winfrey, who dedicated an entire episode of her show to him in 2012. She has removed the video from her website since the backlash.

According to his website, João de Deus was born in 1942, in Cachoeira da Fumaça, also in the state of Goiás. The youngest of six children, he has had his first premonition at age 9, allegedly foreseeing the effects of a storm. At 16, he has had his first medium experience. He never concluded his studies nor learned how to read or write.

During the military dictatorship (1964-1985), João de Deus was sued for illegal practice of medicine, after which he worked as a tailor for the army, followed by jobs at a brick factory and as a miner before founding his healing center in 1976. In 2012, he claimed to have treated over 9 million people. His center receives around 2,000 people every week. He claims to have “received” famous spirits himself, such as Saint Inácio de Loyola — the founder of Society of Jesus in the 16th century who names his center — and King Solomon.

He has 11 children, according to Época magazine, each from a different mother. 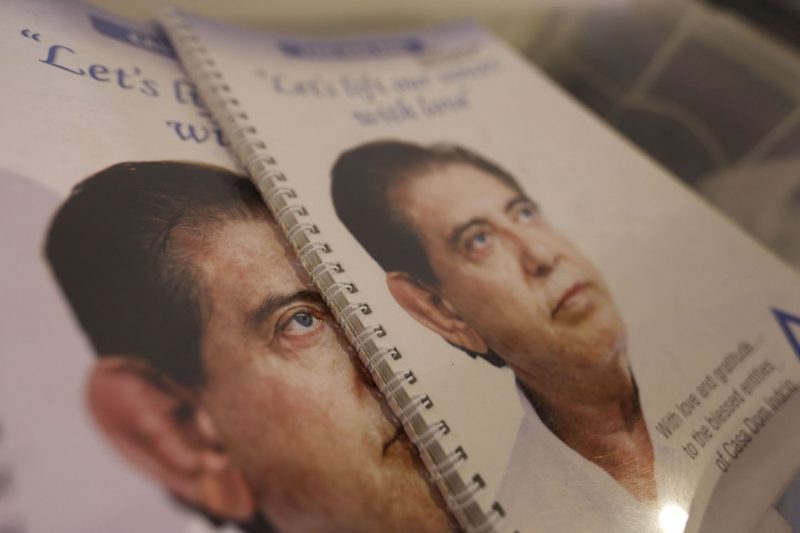 João is now in a prison unity for vulnerable people, sharing a 16-square-meter cell with three other men. The police say it will only file formal charges after they conclude investigations. Some of the crimes may have been prescribed and the degree of involvement of the center's staff is unclear.

His legal team's strategy so far seems to be to discredit his victims. For example, his lawyer told the press that Zahira Lienike Mous used to work as a prostitute and has a “reputation of extorsions.”

Meanwhile, women from all over Brazil are showing their support to the victims (who already have been harassed on social media). As feminist writer Antônia Pellegrino posted on Instagram, the country is witnessing the “biggest silence break in its history.”

The biggest silence break in history. As of today, 330 women have united to denounce the same man. For harassment, rape, pedophilia, incest all committed over the course of decades. Decades during which every one of them kept silent, was discredited or threatened with death. Those 330 women are not crazy, liars or jealous. They are victims. Victims of a powerful man who used the name of God as his last name. They are victims of centuries of silencing. But women’s time has come. Empowered by all the testimonies that came before, in Brazil and around the world, they have decided to unite and speak up. It’s time to investigate and punish whoever has to be punished. It’s time for justice. Congratulations for the courage of all the women involved in this historic breaking of silence. We are with you. #EnoughAbuse #nooneletgoanyoneshands #youmesswithoneyoumesswiththemall #pussypower