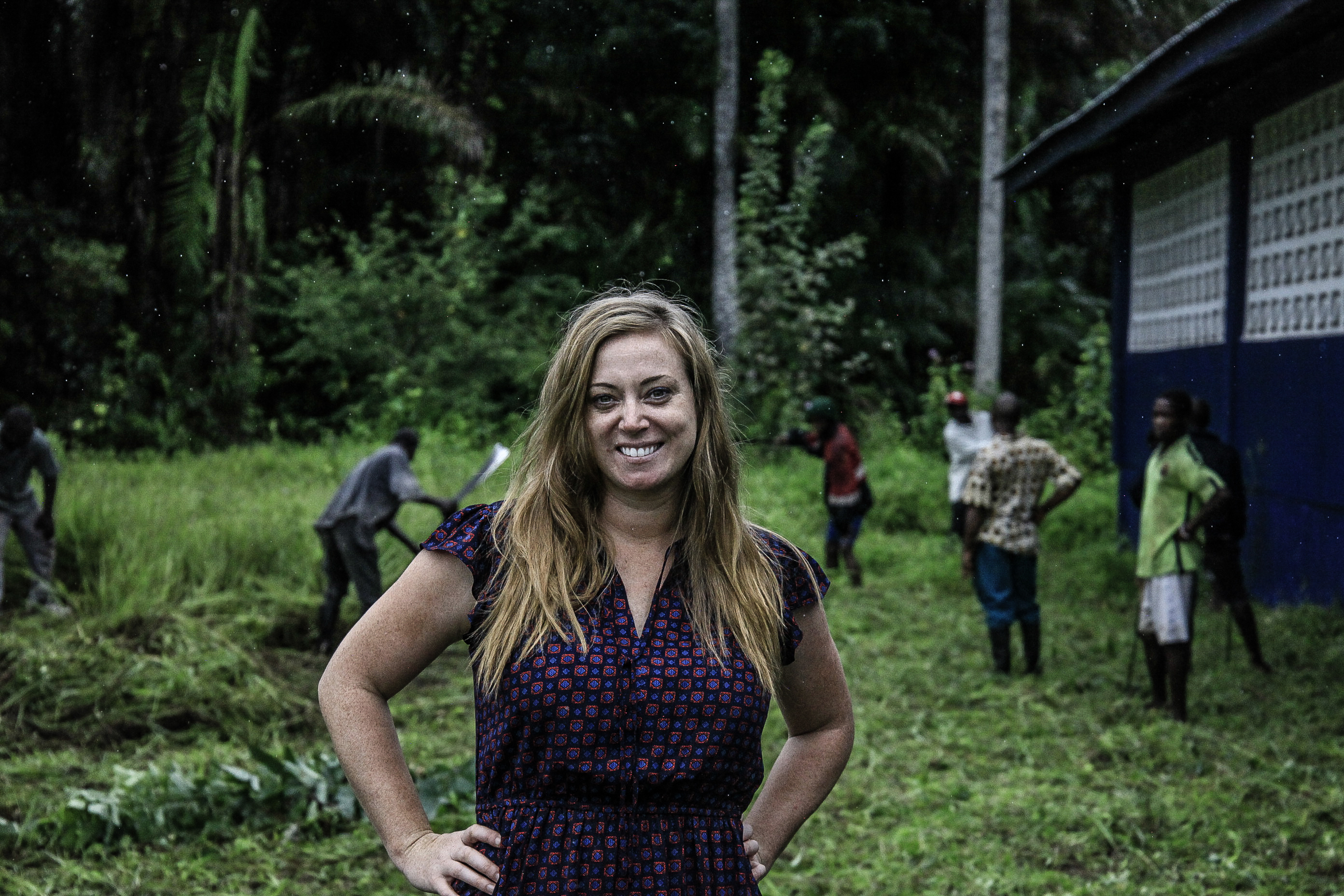 Last week, the US investigative journalism project ProPublica broke a story titled Unprotected about a massive sex abuse scandal at More Than Me (MTM), a non-governmental organization that primarily operates schools to support Liberia’s most vulnerable girls in West Point, Monrovia. The exposé left many wondering how such gross negligence was possible, but private schools run by NGOs like MTM are cropping up all over Africa, one altruistic idealist at a time.

Founded in 2008 by Katie Meyler, an American, and Macintosh Johnson, a Liberian, Meyler’s evangelical-style faith in the MTM mission led her to raise $8 million from international donors, celebrities and philanthropists. Since its inception, MTM has scaled up from one to 19 different schools serving over 4,000 students.

Meyler and Johnson lacked experience in education or development, but in Liberia, where 60 percent of school-age children are out of school, Meyler cast herself as a savior of sorts who could pick up where Liberia’s decimated education system left off.

In 2013, Liberian president Ellen Johnson Sirleaf deemed the education system “a mess” after all 25,000 enrolled high school students failed state exams. Recovering from civil war and a devasting Ebola crisis, the Liberian government was desperate for solutions and turned to international donors and do-gooders for support.

On MTM academy’s opening day, President Sirleaf publicly endorsed Meyler, stating that what she wanted more than anything for her country was “to expand Katie Meyler’s initiative to as many communities as possible.”

With few legal restrictions, requirements or obstacles, Meyler established MTM as a reputable organization by spinning a mesmerizing tale of salvation all over social media.

By the end of 2012, however, rumors of allegations of sexual abuse against Johnson had already begun to circulate within the MTM community. But by that time, Meyler was soaring through the world of elite philanthropists as a “charity star,” winning a major $1 million award from JPMorgan Chase and recognition as Time Magazine’s Person of the Year in 2014 for her work with Ebola response. According to ProPublica, Meyler had suspicions of Johnson’s proclivity toward young girls as early as 2011, but the pair were in an on-and-off intimate relationship, and she failed to take quick, decisive action against him. Others who suspected Johnson hesitated to come forward because they worried Meyler would choose her boyfriend over the girls, explained MTM school nurse Iris Martor.

The ProPublica investigation confirms that Johnson raped and abused nearly a third of the schoolgirls, some as young as 10 years old. MTM staff finally reported Johnson to the police in 2014, and he was taken into custody with a subsequent criminal investigation and several juried court hearings. Meyler continued to communicate with Johnson while he was in custody, but did not attend his hearings. Johnson ended up dying of AIDS before his trial resolved. ProPublica confirms that several of the girls whom Johnson raped also contracted HIV.

MTM denied any wrong-doing except hiring Johnson in the first place. MTM board members claim that MTM created a “safe environment” with full commitments to child rights and child protection. Meyler spun herself in the story as yet another victim duped by Johnson and commended the girls who came forward, vowing to fight even harder for their protection. MTM provided scholarships and housing for some of Johnson’s victims, but others transferred out and at least one returned to a harsh life on the streets.

Today, MTM continues to operate in direct partnership with the Liberian government. In 2016, the Ministry of Education launched Partnership Schools for Liberia under the Liberia Education Advancement Program, outsourcing nearly 100 schools to for-profit and non-profit NGO’s including MTM, Bridge International Academies (also under investigation for misleading practices), and Rising Academies, among others.

Teachers unions in Liberia and abroad, as well as development professionals who oppose school privatization in Africa, vocally condemned this initiative. Yet, despite mixed results in its first year, the government plans to double the number of outsourced schools by 2019, following a growing trend across the African continent. One study estimates that one in four children in Africa—66 million children—will attend privatized schools by 2021.

Of Liberia's seven inaugural partnerships, over half were founded by white non-Africans, driven by missions fueled by philanthropic altruism rather than contextualized knowledge. Race, gender and privilege played a major role in the formation of MTM and organizations like it. As a white American woman, Meyler received a lot of passes that a black Liberian probably wouldn’t, former MTM board member Chidegar “Chid” Liberty told ProPublica.

“There was an ignorance of how badly things could go if the right structures of governance weren’t in place,” says Liberty, a Liberian-American based part-time in Monrovia.

Meyler’s willful ignorance goes hand in hand with the ‘white savior complex,’ a term referring to white people driven to help non-white people and rooted in a history of colonialism and racism that perpetuates degrading stereotypes of “uncivilized” black Africa. Writer Teju Cole calls it the White Savior Industrial Complex — because there's clearly money to be made by interfering in the lives of others.

Liberty, who left the board in 2015, went on record with ProPublica to say he believes that the organization “actually played a significant role in a big institutional crime against these girls.”

“Anywhere else in the world, everybody involved would be in some way held to account,” Liberty said, suggesting that Meyler and the organization’s white privilege informed every aspect of MTM’s ethos and actions.

Scale up or scale back

Liberia’s plans to scale up private-public school partnerships are unprecedented on the continent. From Bill Gates to Mark Zuckerberg, philanthropists belonging to what ProPublica calls a “rarefied world of globe-trotting problem-solvers” circle failing governments with predatory focus. This group recognizes the expediency of investing in African education, and how easily it can be disguised as altruism.

Proponents of school privatization insist that private schools simply perform better than struggling state schools. But as the MTM debacle shows, their feverish insistence on rapid scale-up—which offers a quick return on their emotional and financial investments—can lead to human rights violations of epic proportions.

If nations like Liberia fail to see education as a universal human right granted by the state, their struggle to overhaul their education system will continue to depend on organizations like MTM to fill the void.

In an October 14 letter posted on the MTM website, Meyler announced that she will be temporarily stepping down from her role as CEO while the organization conducts its own investigation of the allegations presented in ProPublica's expose.

Undisputably, horrific crimes were committed on MTM’s school grounds with zero accountability. Meyler subjected Monrovia’s most vulnerable girls to an evangelical fantasy of “salvation” that spun terrifyingly out of control and put them in harm’s way, using all the tropes of “do-gooder” development.

But anyone who spends time in Africa knows someone like Meyler, and maybe even recognizes her idealism in their own projects. Despite vocal criticism, the 173 billion dollar voluntourism industry is on the rise on the continent, offering young idealists the freedom to live out their savior fantasies at the expense of vulnerable communities. From Instagram to TED talks, there’s a global choir ready for the next sermon.

A potent mix of privilege and incompetence often leads to major mistakes. I've made a few of my own and I know friends, colleagues, and former students have also fumbled through the complexities of development projects for which they lacked experience or knowledge. Real development takes time—there are no quick fixes.

Not every project derails as badly as MTM did, and not every white person working in Africa is reckless. Competence, of course, cuts across race, class, and gender. But Meyler's story signals an urgent wake-up call for structure, solidarity, accountability and integrity when it comes to development—if we're meant to keep working this way at all.