Following pressure by security forces, Beirut Pride 2018 is “suspended for the time being” 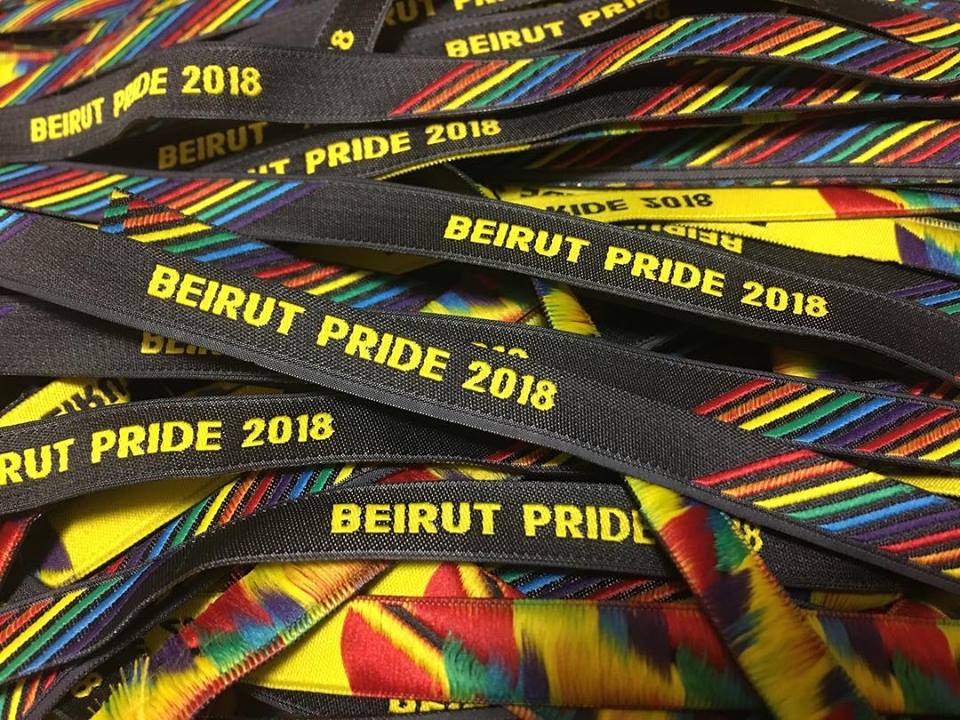 For the second year in a row, Beirut Pride, in collaboration with other groups supporting and advocating for LGBTQ+ rights, has organized talks and events against hate and discrimination based on gender and sexual diversity.

Beirut Pride 2018 was launched on May 12, with a brunch celebrating “parents who preserved their families, who did not reject their children when they came out as homosexuals, or at least, who sought for family to stay composed.”

But this year, Lebanon's General Security barred one schedule Pride event—a play reading—from taking place, alleging that it was being held illegally. This despite the fact that the theater had asked General Security, which lists ‘media censorship‘ among its official functions, if the reading required a review from the censorship office. General Security had said it didn't.

The cancelled event was set to take place in Beirut's Zoukak Theater. Members of General Security and the investigative branch of the police arrived at the theater and stopped a scheduled, free-of-charge reading of and Arabic translation of a French play, Yann Verburgh's “Ogres”.

One Beirut Pride organizer, Hadi Damien, was detained for the night, and after pressure from General Security, Beirut Pride decided to suspend its events “for the time being“.

Damien spent the night of May 14-15 in Beirut's notorious Hobeiche police station, known for instances of torture such as the one reported by the Lebanese francophone daily L'Orient Le Jour (OLJ), in which a gay couple was arrested, maltreated and tortured in Hobeiche and other detention centers in Lebanon.

According to police sources who spoke to OLJ, Hadi Damien was detained because of an order from Lebanon's public prosecution. He was given the choice of either signing a contract committing to stop the events of Beirut Pride or of having his case referred to a judge who would interrogate him on the basis of articles “pertaining to the incitement to immorality and to the breach of public morality for coordinating the activities”.

On advice from his lawyer, Damien decided that the best option was to sign the pledge, and the Beirut Pride coordinator was then allowed to leave the police station.

On May 15, Beirut Pride released the following statement:

Nobody is now detained, and Beirut Pride is safe. The events scheduled under the banner of Beirut Pride until May 20, 2018 are suspended for the time being. We thank you for your concern and empathy, and kindly ask you to refrain from speculating. We will issue a detailed statement by 9 pm to explain the happening.

The pressuring by the authorities was condemned by civil society organisations. Proud Lebanon, which works “to achieve protection, empowerment & equality to marginalized groups through community service activities”, condemned the silencing peaceful activities, adding that:

Lebanon has always been known for respecting diversity and claims to be an inclusive country for ALL its citizens, despite their differences. Yet in the past couple of years we are witnessing a total boycott of the LGBTIQ+ movement from expressing loudly and publicly its need of co-existence in a society that should be protective, inclusive and welcoming each and every individual.

The ongoing struggle against homophobia in Lebanon

In Lebanon, homosexual relationships are prohibited on the basis of being “unnatural”: Article 534 of the Lebanese Penal code prohibits “any sexual intercourse contrary to the order of nature”. Between 2007 and 2017, however, four judges have found that the law should not apply to consensual sex between adults of the same sex.

But this hasn't stopped widespread abuses by the Lebanese government. Human Rights Watch (HRW) recently reported that gay men and transgender women in Lebanon have been beaten with electric cables and raped with iron rods. HRW found that while Lebanese activist groups have had some success in “shaming” the police service's Internal Security Forces by “documenting abuses and publicizing the accounts of victims”, General Security was “less susceptible to public pressure, which has made abuses against LGBT people by General Security more difficult to counter.”

One 2017's Beirut Pride event was also cancelled because of threats from the League of Muslim Scholars (Ulemas) in Lebanon (هيئة علماء المسلمين في لبنان). Members of a Christian Orthodox group were also asked to “pray against the threat of homosexuality”

On its website, Beirut Pride calls itself “a collaborative platform that takes a positive stance against hate and discrimination based on gender and sexual diversity. […] Beirut Pride is articulated around May 17, the International Day Against Homophobia and Transphobia.”