I Dread Setting Foot on U.S. Soil While Trump is President 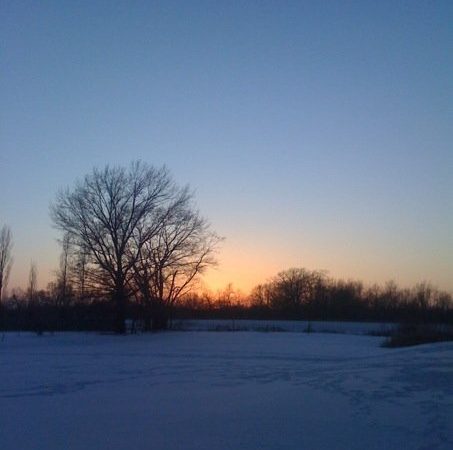 Winter time in Indiana. Photo by the author and used with permission

The United States was my country of residence from August 1996 to October 2010. Since then, I have returned to visit friends stateside four times, and it was always a great pleasure to touch base and reminisce about the good old days.  Many of the happiest moments of my life occurred in one of the five cities I lived in: meeting my future wife, finishing graduate school, getting my first job and travelling across the country with friends and family.

I miss my US friends dearly, but it is impossible for me to visit them for a while, I am afraid. It would mean having to overcome too much frustration over how the country I used to know has changed.

I have tried to give the benefit of the doubt to the new Trump administration despite all the evidence to the contrary, from the acrimonious 2016 presidential campaign to the inauguration. This administration has been as terrifyingly incompetent, reckless and cruel as I'd feared.

Six months after Trump assumed power, I have seen the despair in my friends’ eyes increase with each asinine decision or tweet by their president, including the efforts to dismantle the Affordable Care Act, the travel ban and the more than 135 false statements the president uttered publicly.

I have also admired the resolve many US citizens have shown in resisting the Trump onslaught—their resilience is remarkable. But the empowerment of so many acts of villainy by the current political elite is just too much for me to handle.

Not visiting my friends and relatives is not a decision I have made lightly. These are people who have meant the world to me for 14 years. People who showed me how to navigate this fast-moving world without losing my wits. People who welcomed me when I felt utterly lost in this new country and made me feel at home. This is the version of the country I want to remember. It is heartbreaking to see it at the mercy of a few bitter ignoramuses.

I still remember when I first arrived in Washington, D.C. 21 years ago. The Georgetown University campus above the Potomac river was a sight to behold, and I thought of how fortunate I was to have been given this opportunity. I am still so grateful for the education I received in DC and many other places across the country. So it is even more maddening to learn that folks much more deserving than I of such an opportunity, the members of the Afghan all-girls robotics team, were denied entry without a second thought.

Visa restrictions were already strict under previous administrations. But you didn't feel that any random person arriving at a United States border could be detained for no reason whatsoever. In February the French historian Henry Rousso landed in Houston to attend a conference at Texas A&M University. The immigration officer told Rousso he wasn't “allowed to give a lecture and receive an honorarium” on his tourist visa.

I confirm. I have been detained 10 hours at Houston Itl Airport about to be deported. The officer who arrested me was “inexperienced” https://t.co/SdIKWKQbnr

This is just one of many incidents that have occurred since Trump entered the White House. Canadian schools have cancelled visits to the US based on the uncertainty of immigration policies, as have other frequent visitors from north of the border.

How could things so quickly have taken a turn for the worse?

The list of incomprehensible measures taken by this administration is endless. Going through all of them would be pointless, and most of them have already been analyzed, dissected and debated at length. Still, any bill that removes health coverage from 23 millions citizens seems like the questionable measure par excellence. And a policy that prevents soldiers who fought for your cause from entering the country make as little sense.

I am from Madagascar, which in the past decades has become one of the poorest countries in the world. It is thanks to idiotic policies and incompetent rulers that we have arrived at such a dire situation. But I would still take any of our former presidents over the current US president,  any day of the week, and twice on Sunday. At least, none of them thought that fake-tackling a news outlet WWE-style was something worth publishing on their social media profile.

This kind of senseless behavior is the reason I dread going back to the United States. If a president feels entitled to make a mockery of the media and shows no remorse for physically assaulting the press (even in jest), why would his supporters think they need to show restraint? Trump has empowered all the radicals and lunatics to act out their impulses. Bravado is celebrated while reason is belittled. As somebody who is visibly a minority, in the current climate, it wouldn't be unreasonable to expect that some idiot could ambush me just to show off to his equally idiotic friends. The numbers support this: the Southern Poverty Law Center reports that as of February 10, 2017, there were 1,372 post-election hate crimes reported.

Hate crimes also took place under the Bush and the Obama administration, of course. I had just started graduate school when 9/11 happened. A Sikh friend of mine was assaulted in front of his home two days after. While I often did not agree with the Bush administration, you could at least expect some decency in times of crisis. The Obama administration's foreign policy did its part in antagonizing the rest of the world, but Obama was always quick to condemn hate crimes whenever they occurred. The behavior of Trump's two predecessors demonstrated a respect for the office of President. I see none of that in the current administration.

Trump's brashness does get him attention, and the man certainly loves attention. You don't let go of being a reality television star that easily, I guess. News about Trump has taken over my social media feed for months. It got so out of hand that I have considered filtering out the word Trump altogether, for as a wise man once said: 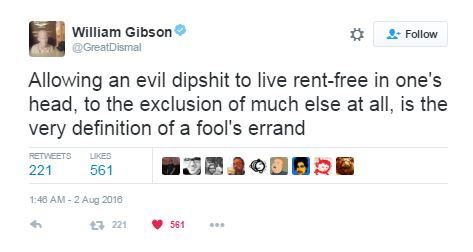 I do hear the people who argue that the world needs less sarcasm and more understanding. I hear that the polarization of politics is a dangerous trend to accentuate. But if such behavior by a political leader does not galvanize you, what will? When a person in a position of power picks a fight against your community, should the answer honestly be to try to understand where he's coming from?

That is one of the reasons I ‘d rather not visit the US.  Just thinking of the nonsense Trump sputters aggravates me. I do not want to be subjected to non-stop gaslighting. Above all, I do not want to start equating his behavior with a new norm in the US. My friends don't deserve that.

There has been enough reporting on the many decisions by this administration that have gone wrong. But there has not been much writing that reflects how sad (and worried) the rest of the world is to witness the charade developing in the United States. Most people in the world were not ever naive enough to go along with the whole “leader of the free world” notion. To begin with, we were never sure what that meant, and we certainly understand that nations seek their self-interest first. But The United States was perceived as an ally, one that you could talk to when a disagreement arose. Not anymore.  A few of the US's overseas allies have started to turn away from the Trump administration.

The bottom line is, as Trump himself would say, that America is America's issue first. In theory, this only concerns people from outside the US if they choose to go there. So I won't. But it does affect the rest of the world. A nuclear war is now within the realm of possibility because of things Trump has said on Twitter:

Trump is playing with fire here – nuclear fire. He could literally get us in to a war with his tweets. 13/

I am not the only one who feels uncomfortable visiting the US in the current circumstances. A report in the LA Times estimates that visits to the US will decline by 6.3 million visits by the end of next year. Of the reasons cited by those not willing to travel to the US anymore, many cite the “atmosphere of fear at the nation’s airports”. The fear of an authoritarian Trump regime has already galvanized citizens to act. Several protests took places in cities across the country before the 4th of July to demand Trump's impeachment.

As for me and my US-based friends and family, this is where I say goodbye for now. I hope to see you again in four years, if not sooner. Please forgive my absence, and know that I miss you and I wholeheartedly support the homegrown resistance against ignorance and in favour of the return of sanity.