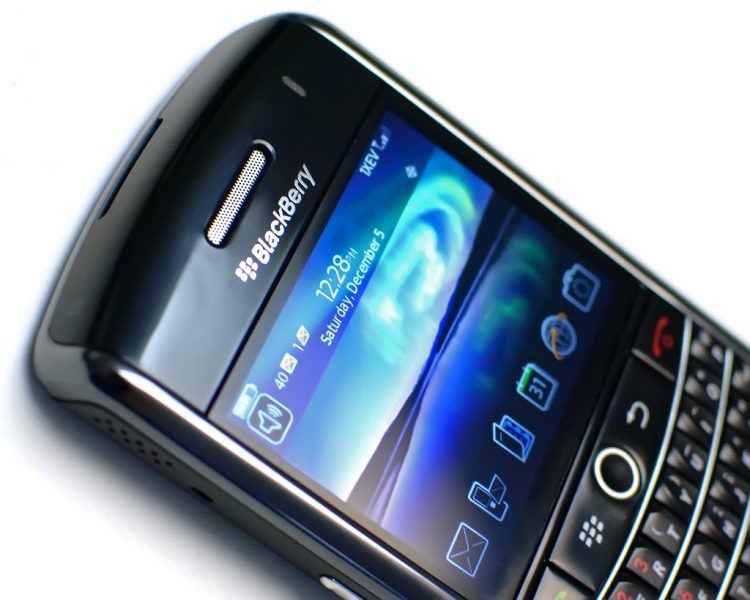 Photo of a BlackBerry by Bill Dickinson; CC BY-NC-ND 2.0.

The temperature in Jamaica's capital city of Kingston has “tun up” in more ways than one recently. It has been a stressful week in Jamaican politics — and Finance Minister Audley Shaw has been feeling the heat. It's all to do with phone bills.

Television Jamaica and its sister radio station broke the news that Shaw had racked up a phone bill of over J$8 million (approximately US$63,000) in one year (February 2016 to March 2017). Media houses obtained details of the phone bills of several government ministers through the Access to Information Act, although not all ministries responded to their request.

Jamaicans responded to the news swiftly on social media and radio talk shows, with a mixture of disbelief, anger, confusion and cynicism:

The media and public immediately pointed out that, as the man in charge of Jamaica's finances, it was of particular concern that Shaw was apparently so careless and showed poor judgment. A newspaper editorial emphasised his specific responsibility:

Audley Shaw is the finance minister for Jamaica, a low middle-income developing country, whose per capita GDP is a little over US$5,000 and about a fifth of the population lives below the poverty line. Further, he presides over a fiscal austerity programme aimed at a lasting downward shift in the trajectory of the country's high debt and the stability of the macro-economy. The public's acceptance of, and confidence in, these often painful policies, is helped if they perceive that those who design and enforce them also bear the burden of their implementation.

@AudleyShaw not a good recommendation for your Ministerial position if you cannot manage the economics of a phone https://t.co/Gkqci8Gld4

Another asked the minister (who is quite active on Twitter):

@AudleyShaw Min Shaw how is it possible to justify a phone bill of over $8Million in one financial year? That's the cost of one police post.

So when will Audley Shaw look in the mirror and say to the person looking back at him: ‘You have no credibility to be the finance minister in Miss Mary bruk dung fowl coop much less…?’ I wonder if he owns a mirror or should I Fedex him one? Really? Is there a need to equivocate here?

Roughly translated, the post is telling the minister that he has no credibility to be the finance minister even in something as simple as ‘Miss Mary's broken down chicken coop’, furthermore the country.

The minister himself was contrite:

AUDIO: Minister @AudleyShaw tells @cliffnationwide that he “profoundly regrets” 8mil bill over 1 yr. He says he has paid $2.6m of the sum ? https://t.co/dxRoAzkdnV

He pointed to the high cost of roaming:

When I queried the excessive charges, I was told that they were attributable to data roaming charges billed at US$8 per MB ($ 8,000 USD/GB )

Mr Shaw is a man who has in politics for a long time. He has been Minister of Finance before and has a lot of experience with traveling. By now, Mr Shaw must be fully aware of the fact that roaming, especially data roaming, attracts exorbitant fees, and ought to be cognizant of measures which can be taken to minimize phone bills […]

Eight million dollars can buy a new car. I drive a decent car, and that money could have paid for my car and given me enough change to pay school fees for my youngest child (who will be entering grade one) annually until he completes GSAT [Grade Six Achievement Test (GSAT), Jamaica's national high school entrance test]. In a country where children in some schools are forced to use pit latrines, this is scandalous.

If we truly desire a better Jamaica, we must put aside the partisan nonsense that still persists in our country and call a spade a spade. How can you trust a man to mange the finances of our country when he is so lax in managing his own affairs, especially when their consequences affect our pockets?

Supporters ‘turn themselves into pretzels trying to justify’ the bills

Many political supporters and members of the ruling Jamaica Labour Party attempted to mitigate the public relations damage done by suggesting that one can get “caught out” by local telephone companies’ exorbitant roaming fees. One government senator described Shaw as the “victim” of the telecom's company's “reckless business practices”.

Even former Prime Minister Bruce Golding noted in a letter to the editor:

I am in no position to defend Minister Shaw's ‘outrageous’ phone bill since I don't have all the facts, but it would be useful to get a breakdown of the charges.

I had a bad experience last November when, after attending a two-day conference in Beijing, my next monthly bill was over $360,000.

It is important to find out how much of Minister Shaw's bills are attributable to data roaming charges which may not have been due to manual data activities. The fairness of these charges is a moot issue. Interestingly, just last month, the European Union placed a ban on data roaming charges within the EU.

Another Twitter user was upset at the obviously partisan nature of some of the comments:

Good morning to all??
Including those who vex when others speak up/ opined about the wrong committed by their favourite political party???

But one young politician from the opposition People's National Party saw the humorous side:

A need for ‘internal checks and balances’

The revelations raised serious questions about accountability and transparency. Many questioned the inner workings of the ministry, asking who had approved and paid the stunningly high monthly bills. In the Jamaican political system, the chief civil servant or permanent secretary (in the case of this ministry, the financial secretary) is responsible for the financial state of each government department.

So while I do not absolve Minister Shaw, neither do I absolve the Permanent Sect/Financial Secretary for this phone bill ‘train wreck’

Who in the Ministry of Finance signed off on a $4 million phone bill payment for one month? asks Claude Robinson. @djmillerJA #TVJAllAngles pic.twitter.com/VFpdfMHKHy

We cannot afford to waste not even red money in Jamaica right now. Let's fix it quickly and move along making sure it nuh happen again.

“Red money” is how Jamaicans refer to small change.

The issue is the internal checks and balances that should be put in place so that after it happens one month, it's never repeated.

Now the minister is facing even more pressure after reports that he negotiated a discount with the telephone company. One journalist tweeted:

An aggrieved tweeter (one of many) observed:

I wonder if my telecoms provider can give me a discount like #Audley on this month's phone bill. #underprivelegedJamaican

The scandal comes just three years after Arnaldo Brown, a former junior minister in the previous People's National Party administration, was hauled over the coals for a phone bill of J$1 million (a little under US$8,000).

And on the other side of the Caribbean, Trinidadians also had a sense of “deja vu”. One tweeted: