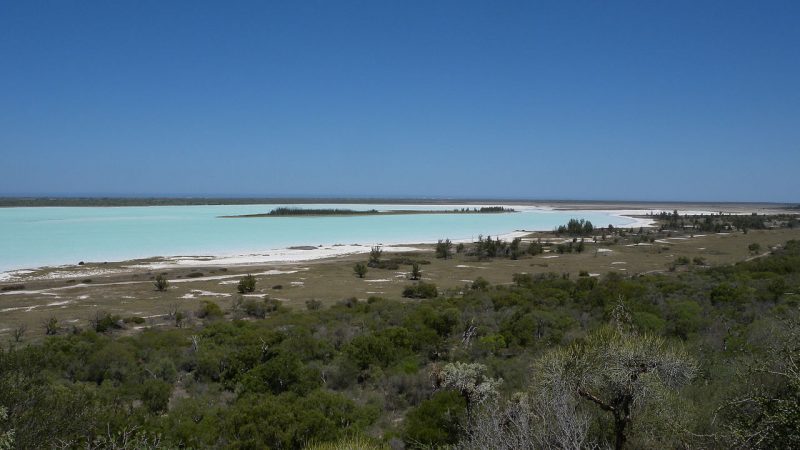 Chinese foreigners are forcing farmers in southwest Madagascar to sell their land for a mere 7 ariary (less than US $0.01) per square meter. That’s according to news from TV Plus Madagascar, as reported by journalists Ivon Mahandrisoa and Angelo Ranaivoarisoa on May 24, 2017. A similar land deal in Kenya in 2008 was priced at  about US $0.05 per square meter for a total of 40,000 hectares. (The cost of a loaf of white bread is 1,481.85 Ariary).

Already more than 12,000 acres have been acquired by the Chinese investors, who have shown up with papers for the farmers to sign over the land. Farmers in the rural communes of Antanimieva and Befandriana Atsimo say they feel they can’t say no—for fear they would be evicted anyway, in which case they would lose both their land and the small amount of money being offered.

Jean Renoavy, a farmer in Antanimieva, told the news channel that the investors acquired land where cattle used to graze, and so far three cows that wandered over to the now Chinese-owned plots have been shot. In some cases, he said, the investors already started to put the land to use, and so people felt they had no choice but to sign the papers and take the money.

Online reactions to the report have been a mix of resignation and criticism of Madagascar's government. User Mirija974 wrote:

Land being sold for 7 ariary per square meter is simply a racket. Is Madagascar no longer a state with a government?

Land acquisition by foreigners are not unique to Madagascar. It’s increasingly common for rich countries or international corporations to acquire farmlands in poor countries. The rich countries have rising demand for food and other products such as rubber alongside constraints in land and natural resources, while in the poor countries, production is cheap and resources abundant. With almost no international regulations on land trade, companies have no legal incentive to ensure their investments and supply chains don’t involve land that was seized from the people living on it.

Global Witness, an international NGO that sounds the alarm on natural resource-related conflict and corruption, has reported land grabs in countries such as Liberia and Myanmar. Their investigations revealed land deals that involved forged documents and permits awarded in violation of local laws. Similar reports have surfaced from Oxfam on sugar lands in Brazil connected to Coca-Cola and PepsiCo, and from Friends of the Earth on Ugandans displaced by Wilmar International’s palm oil plantations.

Proponents argue these land investments are mutually beneficial opportunities that could bring a significant number of jobs to rural people living in poverty, as well as encourage the development of infrastructure, schools, and health centers. Land rights advocates warn of the links between land acquisition, corruption, environmental destruction, and local conflict—and of the legacy of illegal land grabs on already marginalized communities. According to the International Food Policy Research Institute (IFPRI), in Madagascar deals to lease 1.3 million hectares for maize and oil palm might have contributed to conflicts leading to the 2009 coup and the subsequent political and economic crises.

Organizations such as Global Witness are calling for the establishment of international laws that promote transparency in land deals and protect the rights and livelihoods of local communities. Meanwhile, IFPRI proposes strong collective action by smallholders, with the backing of civil society, as a promising strategy to advocate better national and local policy around land use and rights.

Theo Rakotovao, a popular musician who is originally from near Antanimieva, is among the citizens working to draw more attention to land rights issues. Speaking to TV Plus, Rakotovao said he is traveling to communes to speak with both the people being evicted and the people facilitating evictions. His message is simple: Tricking smallholder farmers is unjust and shouldn’t be done, and all Malagasy need to be aware of the situation.

A YouTube user named manarivo, commenting on a copy of the TV Plus news segment uploaded there, criticized the lack of government action:

Don’t blame the foreigners or chase them for vigilantism and public execution. It’s the Malagasy who work for them or whoever in the administration that should be hunted. Then, return the land to its rightful owners. Thanks to Theo Rakotovao for standing up for what is right.

Is it possible to take clips from these news stories and to share them on social media!? People in the south need to know about these abuses by the Chinese and the government. Social media is the way to share this information quickly for those who don’t watch the news.

The popular Facebook page “Malagasy ve ianao” (“Are you Malagasy?”)—followed by a community of more than 170,000 people—also raised awareness about these suspicious 7 Ariary per m2 deals with a brief report from Evah Randrianotahiana.

The Facebook users in the group echoed frustration and resignation. A comment by Nirina Andriatiana captures the sentiment well:

Is there anything that regular people like us can do to protect our land? We air complaints to […] the media or on social media, but no one dares to stand up. We need to join forces to restore the dignity of our country and fellow citizens, because if this continues, we don't know anymore what our fate will be.