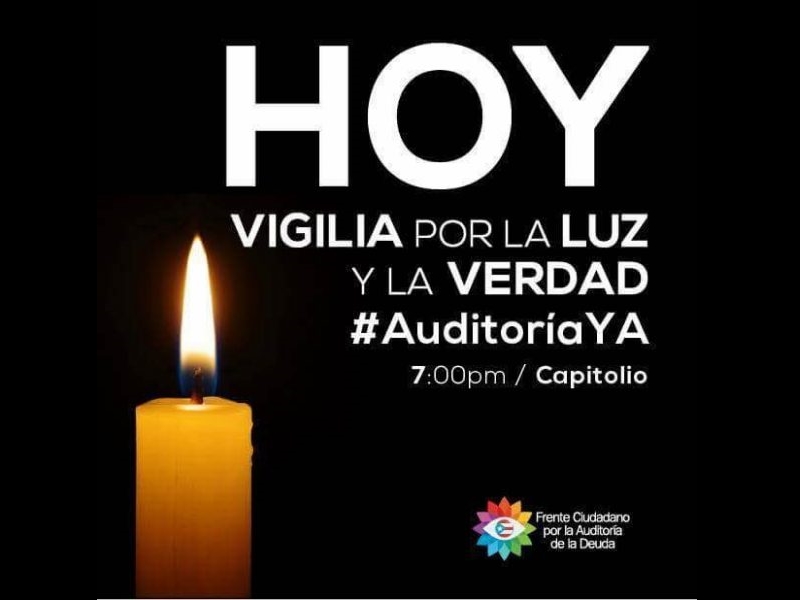 Various civic and religious organizations came together on April 3 for a mass vigil to call for an audit of Puerto Rico's public debt, which has reached 72 billion US dollars.

The vigil started in front of the Puerto Rican capitol, and continued as a march that culminated in the Plaza de Colón in Old San Juan. The protest was called by the group Frente Ciudadano por la Auditoría de la Deuda (Citizen Front for the Audit of the Debt) and the Coalición Ecuménica e Interreligiosa de Puerto Rico (Ecumenical and Inter-religious Coalition of Puerto Rico).

Those calling for an audit also started a petition on the White House's official page, which currently has 7,727 signatures. This is their demand:

The people of Puerto Rico demand for the politicians, bankers and government agencies responsible for the debt to be held liable for their corruption. We demand a financial oversight and management board with no personal interests in the debt, with a fixed salary attune with our financial reality, and working to benefit our economy.

We are being extorted and we are being enslaved. The people of Puerto Rico refuse to pay a debt that is not ours. We will not choose between education or healthcare. Our elders will not have their pensions reduced. We demand immediate action.

The island – an unincorporated territory of the US – is facing a serious financial crisis. This is why the Center for a New Economy, an independent, non-profit, non-partisan organization focused on promoting the country's socioeconomic development, is proposing a Fiscal Responsibility Law, instead of the Financial Control Board imposed by the federal US government. These are their reasons:

Puerto Rico's economic and fiscal crisis requires a broad restructuring of Puerto Rico's fiscal infrastructure. An effort imposed from the outside without the participation and conviction of Puerto Rican residents runs the risk of being rejected by the country's citizens.

The event was titled “Vigil for light and truth”. The following are some images from the event: 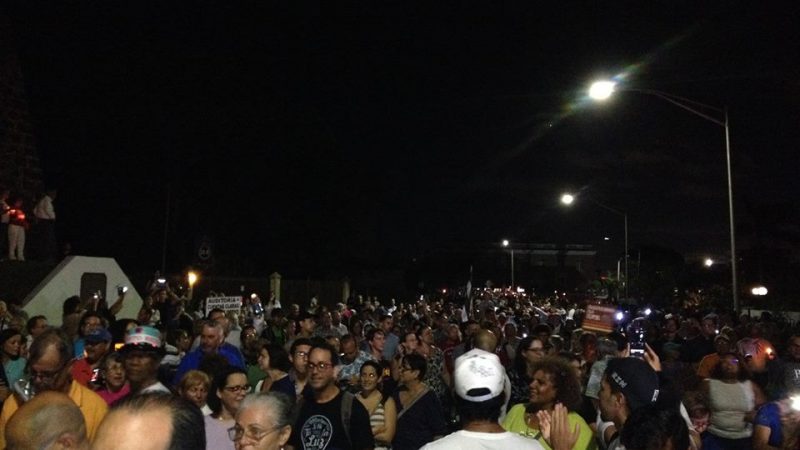 Participants in the vigil preparing for the march. Photo: Alberto Alonso. Used with permission. 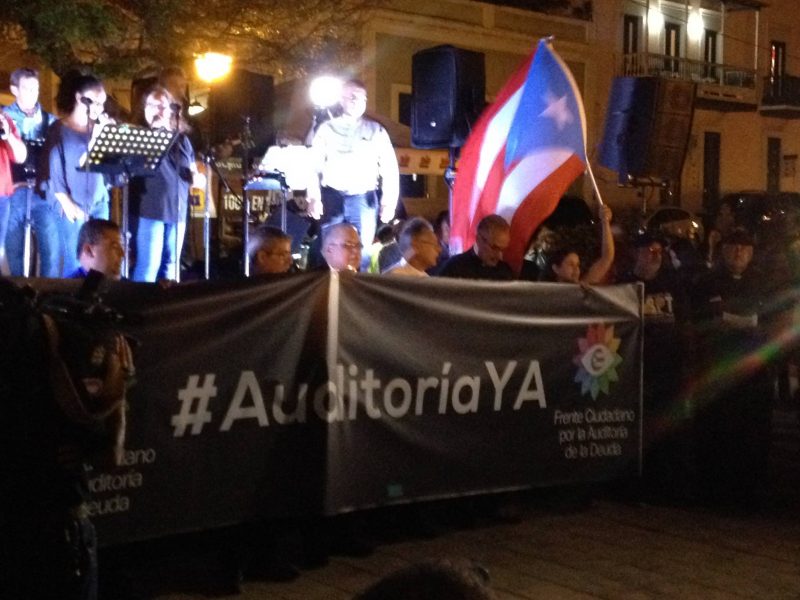 Some of the leaders arrive at the Plaza Colón del Viejo San Juan with a banner that reads “#AuditNOW”. Photo: Alberto Alonso. Used with permission.