Puerto Ricans Protest Against a Proposed US Financial Oversight Board 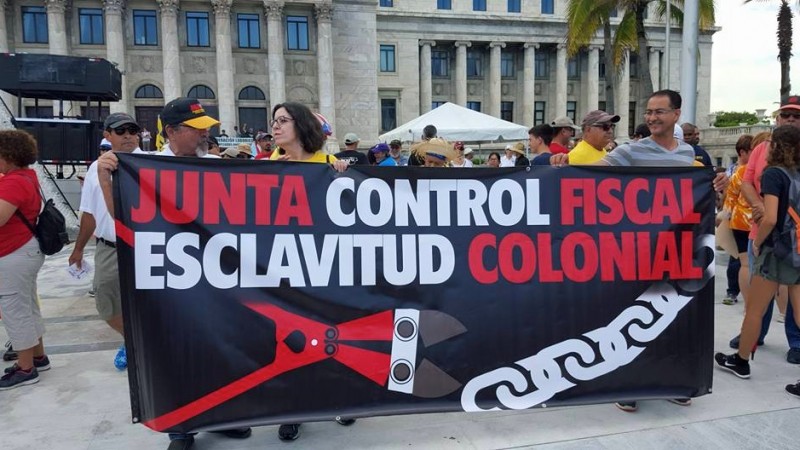 A banner at the march against the Financial Control Board in San Juan, Puerto Rico, reads, “Financial control board, colonial slavery.” Used with permission.

On Sunday, May 1, which is International Workers’ Day, various civic, trade union and political groups organized a massive march against a proposal by the United States Congress to impose a federal Financial Control Board with extensive powers over Puerto Rico.

The island, which is an unincorporated territory of the US, is facing a severe financial crisis. The same day, Puerto Rico's Governor Alejandro García Padilla announced he had blocked a $422 million debt payment that was due on Monday, May 2. The next payment deadline is July 1. The total public debt of the country is about $72 billion.

Critics argue, among other things, that the federal Financial Control Board will focus on paying bondholders instead of creating measures to stimulate the national economy, and that it is another instrument of colonial intervention and control. It also won't allow Puerto Rico to restructure its debt or change the fact that the island can't benefit from US Bankruptcy Law. The current economic recession has led to a large migration of Puerto Ricans due to an increase in the cost of living and the lack of jobs.

The Center for the New Economy, an independent, non-profit and non-partisan organization focused on promoting socioeconomic sound policies for Puerto Rico, has proposed a Fiscal Responsibility Act as an alternative:

A Fiscal Responsibility Law, promoted and managed locally, which seeks to reform the key institutions and to adopt a well-designed fiscal rule, won't only transform the fiscal status of Puerto Rico, but will also introduce governance reforms to ensure the fiscal solvency and sustainability of the government in the long term. A Fiscal Responsibility Law addresses the legitimate concerns of the federal government and the political objections that have emerged on the island around the proposal for a financial control board.

Here are some photos of the May 1 protest against the oversight board that were shared on social media: 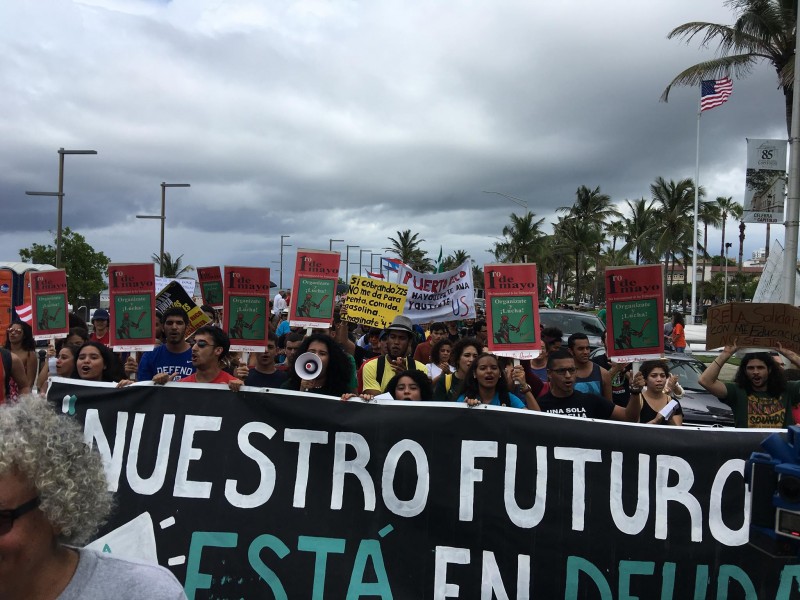 Protesters hold a banner that reads “Our future is in debt.” Used with permission. 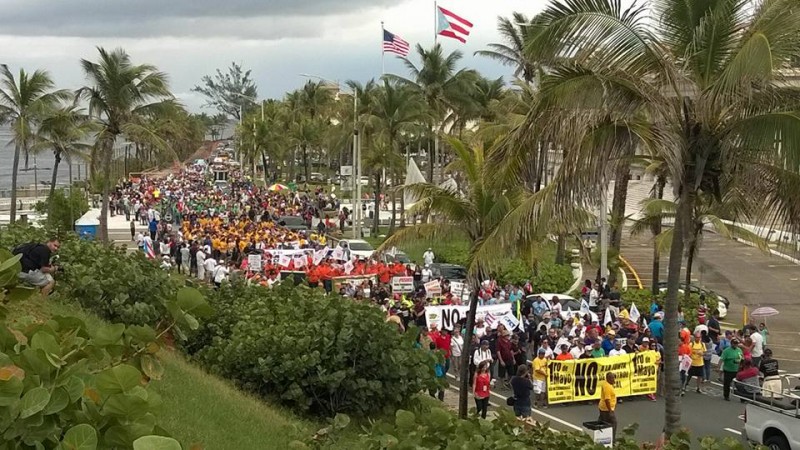 The protest in front of the capitol of Puerto Rico. Used with permission. 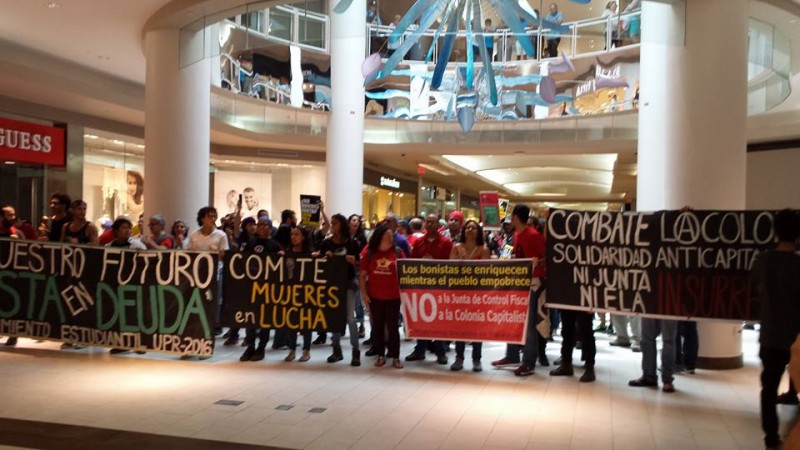 Protesters inside the Plaza Las Américas mall. Used with permission.