Despite a Military Mutiny, Côte D'Ivoire's Government Says It Is Ready for UN Troop Withdrawal 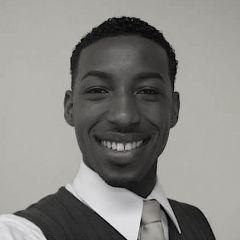 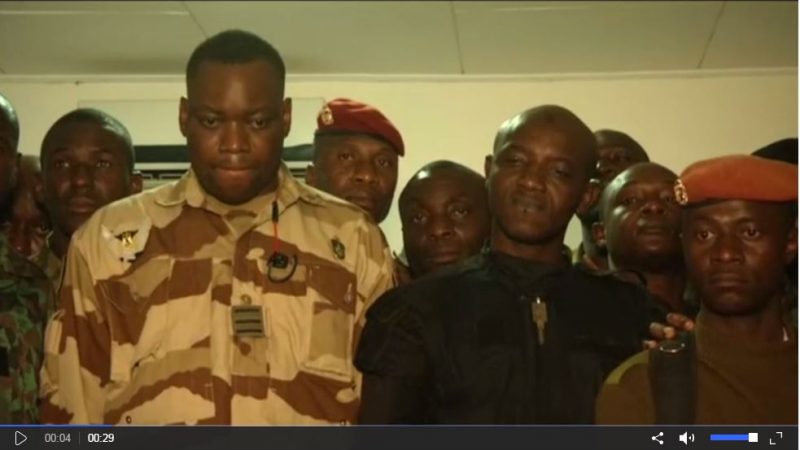 Screen capture of press conference from the barracks at Bouaké, Côte d'Ivoire

Once one of the largest economies in West Africa, Côte d’Ivoire is finally back on track to peace and economic growth after a brutal conflict in 2011. The United Nations operation in Côte d'Ivoire, which at one time numbered 10,000 personnel, is scheduled to withdraw entirely from the former French colony this summer.

In preparation, the Côte d'Ivoire government last year adopted a first-of-its-kind military reform law and earmarked 2,000 billion CFA francs (3.8 billion euros) for modernisation and renewal of its armed forces, over four years. Now, some soldiers within the military are rebelling and demanding their piece of the pie.

The soldiers who are taking matters into their own hands

Earlier this year, former soldiers in the central Côte d'Ivoire town of Bouaké seized weapons from police stations and closed off entry points into the city, demanding bonuses and housing from the government. Soon, negotiators for the government and the armed forces reached a breakthrough. “The military has agreed to return to its barracks and firing has ceased,” a local source in Bouaké told Global Voices in an email.

Then, during late February, in other towns across the country, soldiers and ex-combatants in the Ivorian military issued new demands, including bonus payments, salary increases and rapid promotions.

While clashes have ended, many Ivorians are wondering why the administration has surrendered to the soldiers’ wishes so readily. From the country's economic capital, Abidjan, social sciences expert Rodrigue Koné explains:

There is a lot of frustration right now, people feel that the fruits of growth are not being redistributed properly. So many of us struggle to make ends meet and yet they gave so much to former rebels. They see it as a bonus given to the ones who rebels against authority.

Many of these soldiers were ex-combatants who helped the current president, Alassane Ouattara, secure power in 2011.

That 2010-2011 conflict was mired with accusations of human rights abuses, extortion and racketeering from combatants and soldiers. The Ivorian judiciary has made progress in investigating atrocities committed during the crisis, but the government has failed to prosecute forces loyal to Ouattara.

The army has been demanding more resources since 2011

The conflict of 2011 largely gutted, then replaced the Armed Forces of Côte d'Ivoire (FACI) with ex-combatants. These ex-combatants helped President Ouattara secure power, but were also accused of human rights violations, such as torture, rape and murder. Many were brought into the military as non-commissioned officers (NCOs) after 2011; some continued to be accused of extortion and racketeering.

“It's a rookie army that eats up most of the national budget,” a retired military man confessed, saying that more than 12,000 men have been added to the nation's armed forces since 2011.

As part of the new military reform, Defense Minister Alain-Pierre Donwahi wants to reduce the number of officers in the armed forces. Salaries currently take up 90% of the military's budget.

But now, the soldiers — once combatants loyally fighting for power for the current president — aren't playing along.

When Côte d'Ivoire emerged from a decade of civil war and a rebellion centred in Bouaké, the Ivorian Army inherited a troubled organisational structure that's been accused of systematic abuses.

According to army experts’ analysis,  the systemic abuse of the current structure within their ranks can be traced to a lack of resources and training. These issues could be solved with new reform that will provide added resources to re-train soldiers and ex-combatants in their ranks.

There are efforts that have been made by the Ivorian government in terms of improving the living environment and means of members of the military, but […] you have to understand the sociology of those who are demonstrating today. They are former soldiers with the FAFN [Forces Nouvelles de Côte d'Ivoire] who feel they have contributed more than others to the accession to power of Alassane Ouattara and who now consider themselves poorly rewarded at the level of remuneration. […] The officers who have come out of the new Forces […] have experienced a rise in status. Some of them are lieutenant-colonels, colonels, whereas the soldiers have not experienced this rise.

As early as 2014, protesting members of the military won better salaries and changes to the army's promotion system.

The wars that revamped the armed forces

After a coup attempt in 2002, rebels seized control over northern Côte d'Ivoire, while forces loyal to the former president, Laurent Gbagbo, held power in the south. In January 2003, after a year of civil war, Gbagbo and the rebel leaders signed a peace deal, but the peace was fragile and fighting would break out again seven years later, when Gbagbo refused to accept his defeat in elections by Ouattara. Gbagbo's armed forces subsequently went to war with combatants loyal to Ouattara.

The Second Ivorian Civil War in 2010-2011 would claim roughly 3,000 lives, and was a conflict between forces loyal to Gbagbo, who was the country's president since the year 2000, and supporters of the internationally recognised president-elect, Alassane Ouattara.

The post-election crisis then evolved from a targeted campaign of violence by Gbagbo forces to an armed conflict in which armed forces from both sides committed grave crimes. Six months later, at least 3,000 civilians were killed and more than 150 women were raped, according to Human Rights Watch.

The United Nations (UN) and French forces also got involved, arresting Gbagbo at his residence in April 2011 and ending the conflict.

A new ‘Marshall Plan’ for the army

With the UN forces preparing to leave the coffee-growing former French colony, there is an urgency for the military to reform. In response, Ouattara's government drafted the ambitious legislation last year and passed several resolutions designed to improve soldiers’ living conditions.

The president has instructed the high command to initiate meetings with all the components of the country's security forces to see that their living conditions are improved.

According to the defense ministry, the government has also paid all bonus payment arrears. Commenting on the departure of UN operation, Defense Minister Donwahi says that everything has been done “to ensure a correct transfer of responsibilities.” “We are completely ready for it,” he assured.

But the success with which rebels in the military have been able to muscle the government suggests otherwise.