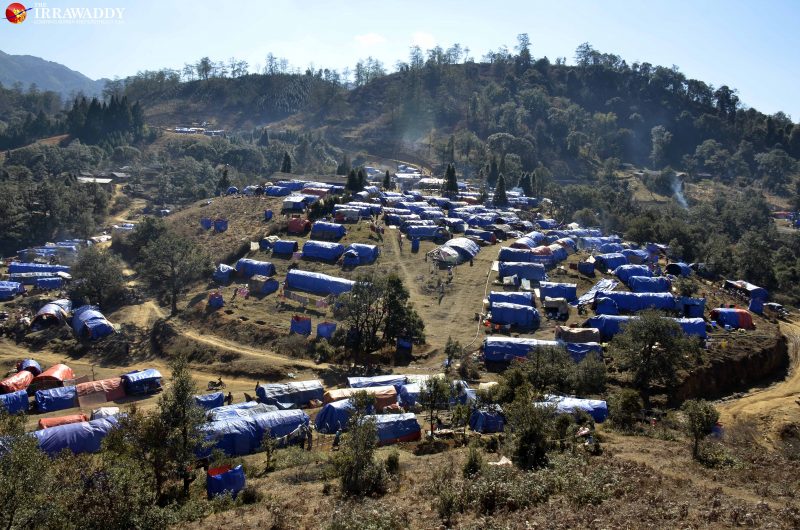 Kachin civilians have set up a camp in the China-Myanmar border to escape the renewed hostilities between the Kachin Independence Army and the Myanmar army. Photo by Myo Min Soe / The Irrawaddy

This article by Myo Min Soe and Nan Lwin Hnin Pwint is from The Irrawaddy, an independent news website in Myanmar, and is republished by Global Voices as part of a content-sharing agreement.

The text refers to the local war involving the military of the Myanmar government and the Kachin Independence Army. Despite the ongoing peace process initiated by the government which came to power last year, various armed ethnic groups across Myanmar are still engaged in an armed conflict with the military of the national government. These wars have produced a refugee crisis. The article below illustrates the impact of the war on the civilian population

They had to flee the camps in darkness on January 19 when artillery shells—fired in a battle between the Myanmar Army and KIA—rained down around their camps. These civilians rushed into Shait Yang village, which is situated on the Myanmar-China border. They expected that Shait Yang would be safe because there were no soldiers there, and because the Chinese and KIA had an agreement not to deploy soldiers too close to the frontier. An IDP and refugee relief committee struggled to assist the new arrivals.

The weather offered no help—the area is one of the few in Myanmar with snowfall. At night, the temperatures dropped to -4 degrees Celsius (25 degrees Fahrenheit). On January 25, when The Irrawaddy visited, some residents in the camp lacked clothes warm enough to protect them from the bitter cold. Some built fires to stay warm.

“My legs are killing me. They are numb due to the cold,” said 60-year-old Laphai Zau Ra, who wore only a worn-out blue sweater. He said that he’d had no time to grab other clothes when he ran for his life, away from the artillery shells at Zai Awng.

Another IDP, Kawt Mai, said she was afraid of the nighttime because the temperatures were becoming extreme.

“I have never experienced this kind of cold in my life,” she said. “It seems very long when I wait for the day to break.”

The refugee camp is situated in one of the few places in Myanmar with snowfall. Photo by Myo Min Soe / The Irrawaddy 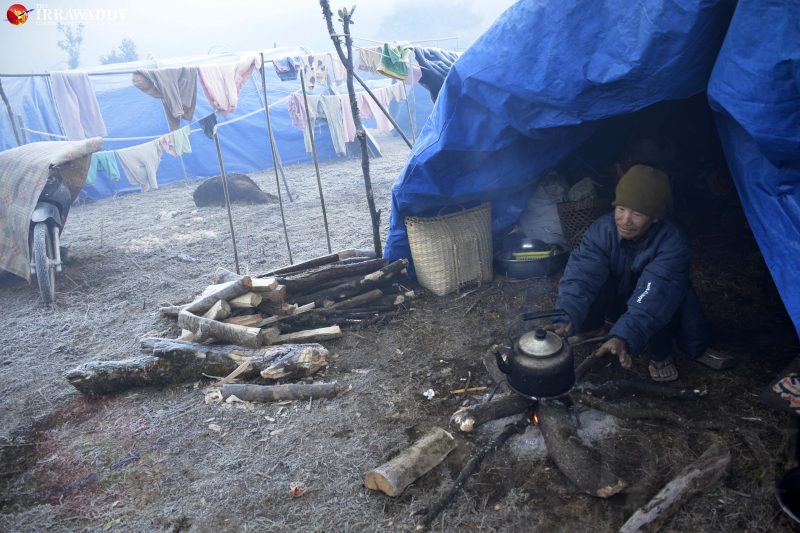 A Kachin refugee trying to get warm in the camp. Photo by Myo Min Soe / The Irrawaddy 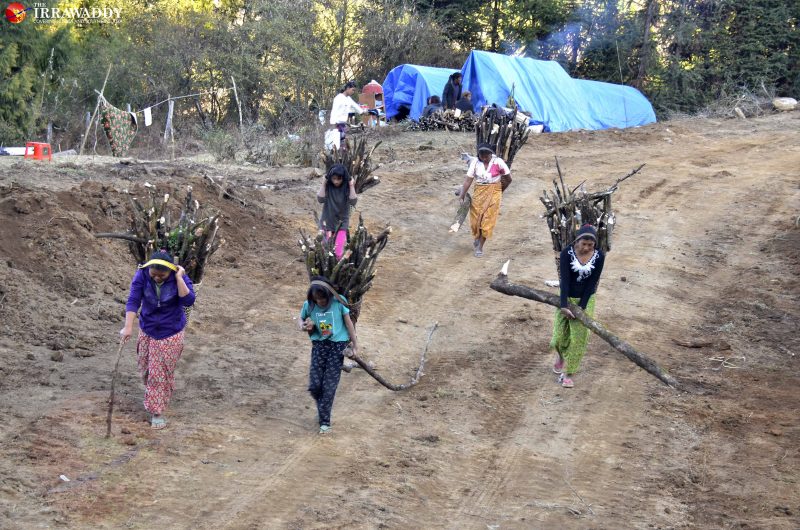 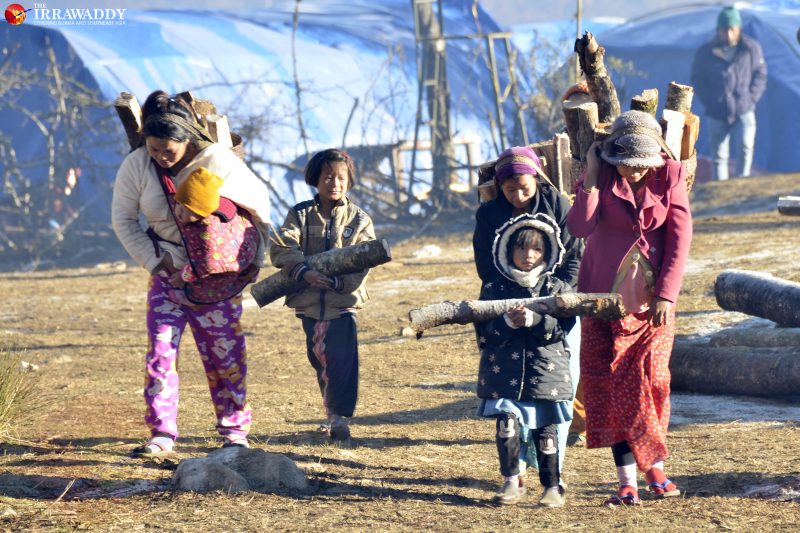 Children help their families in gathering firewood around the camp. Photo by Myo Min Soe / The Irrawaddy 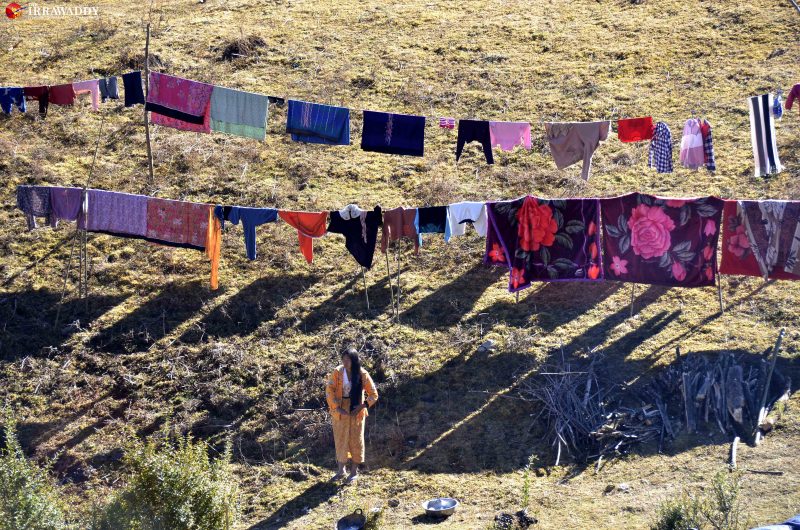 Almost 2,000 fled their villages after recent skirmishes between the Kachin Independence Army and the Myanmar army. Photo by Myo Min Soe / The Irrawaddy 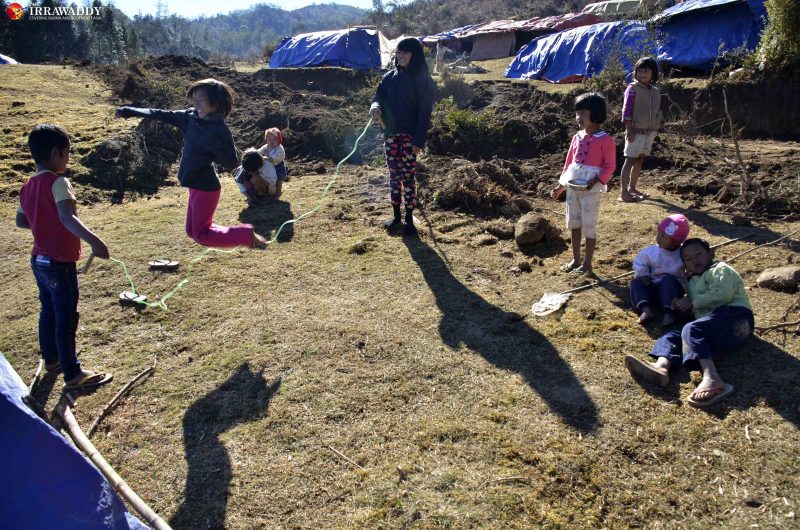 Kachin children playing in the camp. Photo by Myo Min Soe / The Irrawaddy 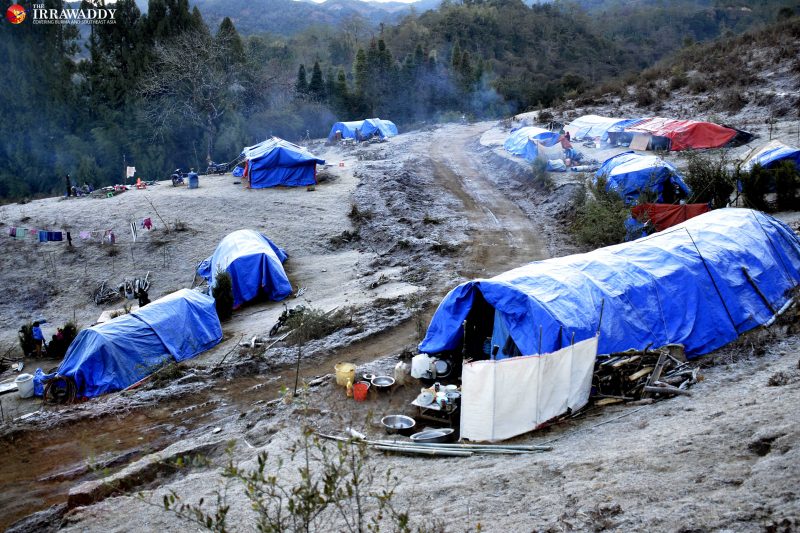 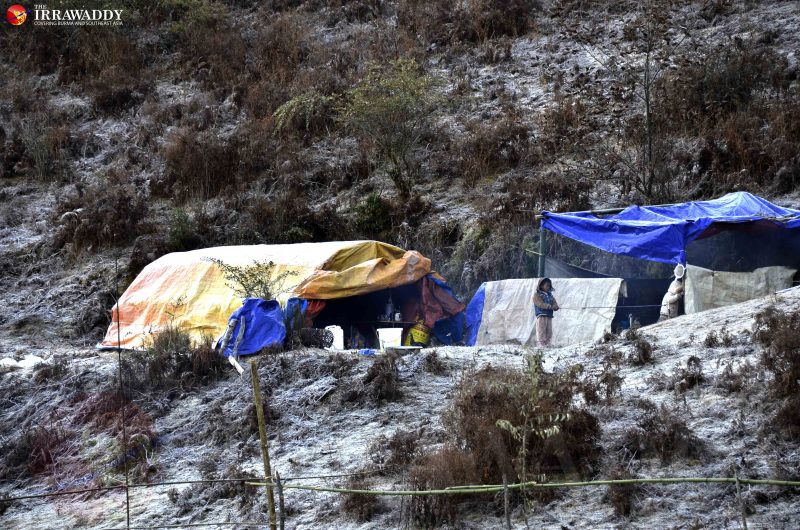