An American Artist Is Inking ‘RESIST’ Tattoos for Good Causes 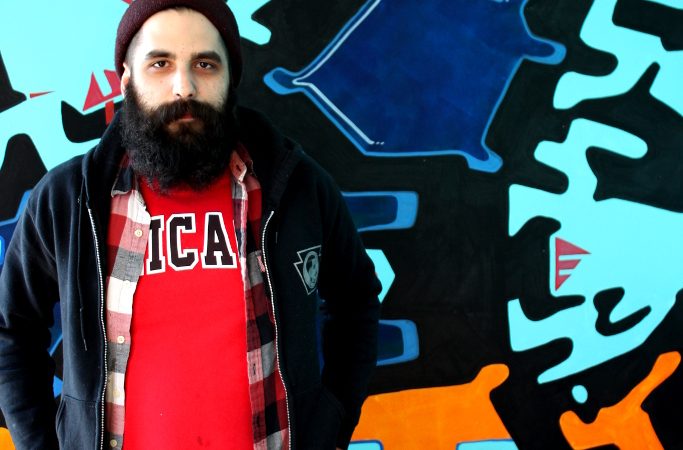 A tattoo artist in the United States is offering free “RESIST” themed tattoos to anyone who brings him proof of donating $100 or more to charities or organizations “fighting for a better world.”

Nate Kaschak works at A Psychic Unicorn, a tattoo and art studio owned by Rhi and Chris Wallace in the town of Kingston, Pennsylvania, population around 14,000. Located in the Wyoming Valley, Kingston was a historic coal mining region of northeastern Pennsylvania once pivotal in the industrial revolution.

Kaschak says he was tired of so much negativity online and wanted to encourage people to be more proactive instead of complaining. He drew an original series of “RESIST” themed tattoos and posted the following to Facebook on January 27:

Help our world, get a free tattoo!

Starting February I will be offering a selection of designs available at absolutely no charge with proof or receipt of donations of $100 or more to the following organizations (or a charity/organization of your choice, these are just my recomendations):

There's a ton of useful projects and organizations out there fighting for a better world, do your research! A great deal of change is heading our way and it's our collective responsibility to make sure they're positive and progressive steps towards a brighter future for E V E R Y O N E.

Do me a huge favor and share this around and feel free to suggest any programs you can think of. 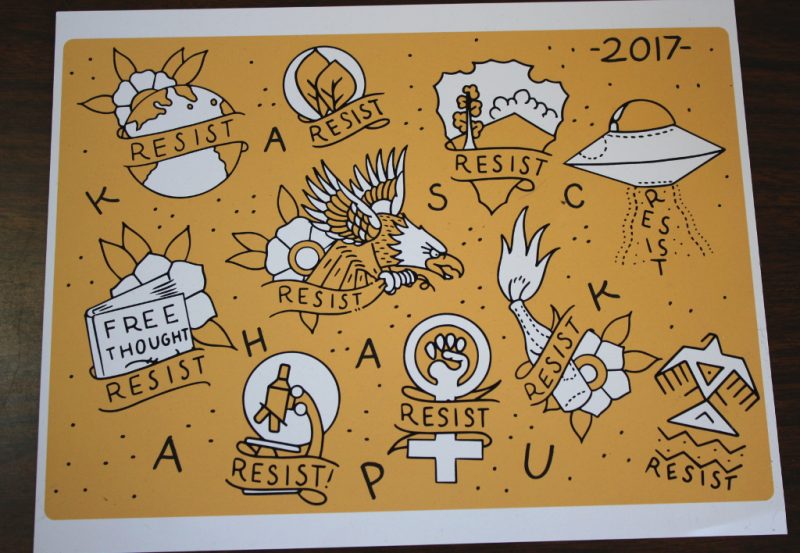 Kaschak’s Facebook post has gained quite a lot of attention and currently has 410 shares and many comments of people advising they have donated to various organizations and will be in for their tattoos. He says he’s been overwhelmed with the response and has booked appointments to ink his original “RESIST” designs from people in the local area as well as out of state. 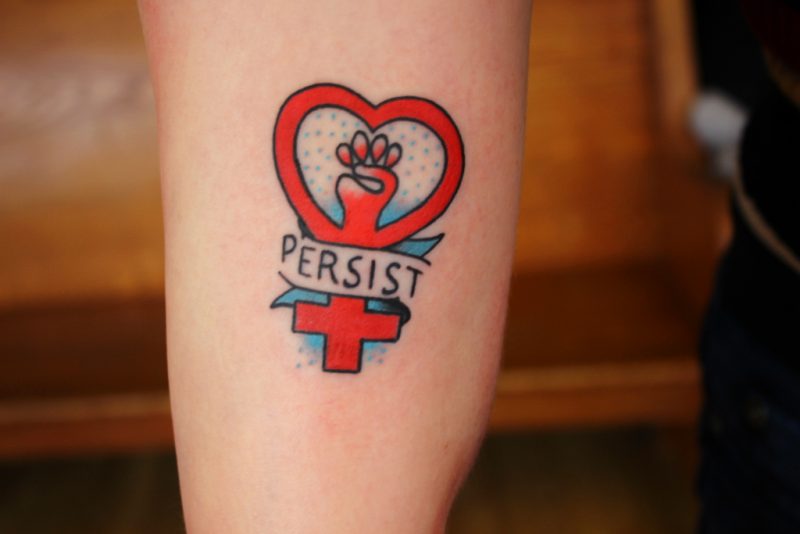 Global Voices visited A Psychic Unicorn and hung out with Kaschak as he was inking one of his new RESIST designs, which he modified to say “PERSIST” at the customer's request.

Kaschak, whose unique style is characterized by colorful creations and some signature ghosts, plans to release his “RESIST” designs with a Creative Commons license so artists anywhere can use them.

A Psychic Unicorn's Facebook page describes the studio as being home to artists who “all strive to be the best all around humans as possible” and lists personal interests as “charities for cancer, animals or anything that forwards positive vibes in the galaxy.” It seems Kaschak is certainly living up to that goal.