Listen to the Tranquil Sounds of the Jetigen, One of Central Asia's Forgotten Instruments 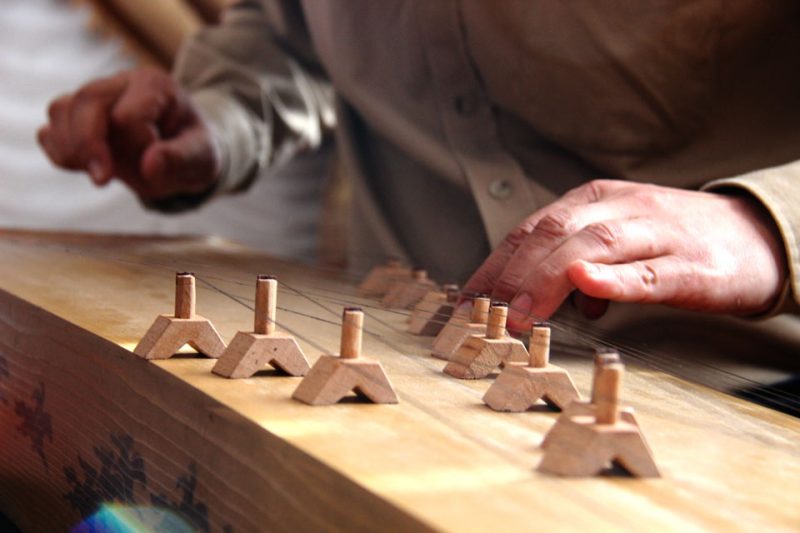 Kyrgyz media portal Kloop.kg has published a short feature on the jetigen musical instrument, with a video featuring Jusup Asayev, director of the ‘Dostuk (friendship) Folklore Ensemble’ playing on the instrument.

According to the author of the article, the jetigen, which is played flat and can have up to 15 strings, has become less popular in Kazakhstan and Kyrgyzstan in recent times.

Given that the jetigen's timbre is much more impressive than that of the tinny-sounding, lute-like komuz played by thousands in Kyrgyzstan, or its Kazakh relative the dombra, the main explanation for the jetigen falling out of favour may be its portability issues.

At over one-and-a-half metres in length, the longest, most mellifluous jetigens are simply more awkward to lug around than either of those, which fit neatly into cases that can be slung over the shoulder.

One place where the jetigen is still thriving is the Russian Republic of Khakassia, where the ethnic Turkic Khakas people live.

Now, having given a demonstration of the instrument at a music school in the capital Bishkek, Jusup Asayev is holding classes to help make the jetigen great again in his native Kyrgyzstan.