Is the World Ignoring Possible Genocide in Southern Kaduna in Nigeria? 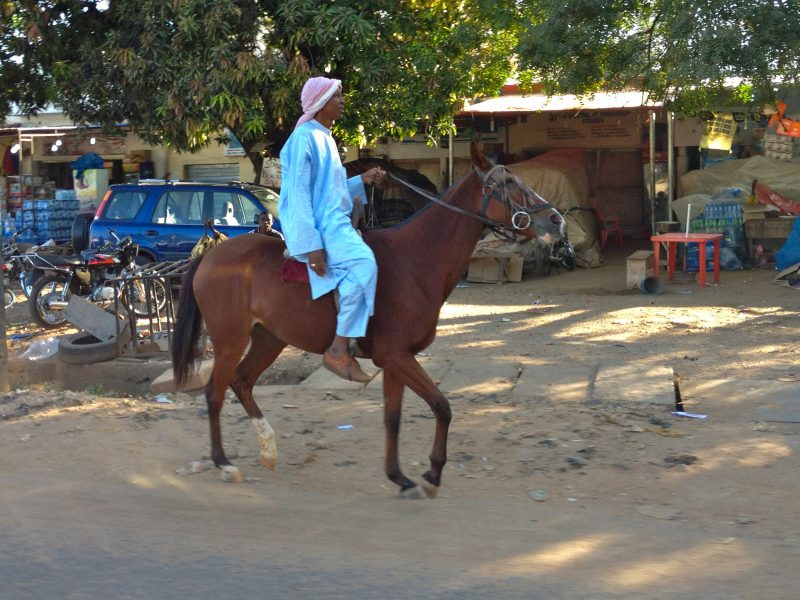 In a series of attacks throughout the past months, armed bandits have left over 800 people dead and many others displaced in southern Kaduna, a Nigerian state with a history of ethnic tensions, according to local Catholic Church leaders.

The gunmen have raided dozens of villages, the church officials stated:

The herdsmen and their ilk turned the towns into killing fields and killed mostly women, children and the elderly who couldn’t run for cover.

The level of barbarity was such that pregnant women got their wombs blown out and massacred before their children. And these innocent children were not spared either.

Many of the those targeted have been farmers, who have referred to the assailants as herdsmen (cattle-rearers). The farmers are accusing the herdsmen of trespassing on their farmland to graze their cattle, thereby destroying their crops. An aggrieved farmer who did not want to be named said:

that’s why they attack villages – they don’t just attack because of quarrels with villagers. They burn homes and farms so that we will have to start again somewhere else. But we can’t, and will not leave because this is our land.

Some residents also feel the attacks are part of an effort to get farming communities to leave their land, allowing the herdsmen to settle without competition for resources.

Southern Kaduna is a Christian-dominated community in Kaduna, and some residents have termed the crisis as an attack on Christians. Others on social media have gone so far as to call the violence a genocide.

Among those killed recently was Gimbia Morik, a senior secondary school student and the daughter of local politician Gideon Morik. Speaking to the News Agency of Nigeria (NAN) in Kafanchan, Morik said:

the attackers just stormed the village and started shooting; they killed six people including my daughter and five others.

He said that the attackers injured many others and burnt several houses in the village of Goska. A senior officer of the Nigerian police who confirmed the incident there described the destruction as “very devastating.” He said the corpses had been deposited at the Kafanchan General Hospital where the injured were also being treated.

Reacting to a related attack in October last year, Rev. Danladi Yarima, the secretary of the Northern Christian Association of Nigeria – responsible for the 19 northern states and the Federal Capital Territory – blamed the state government for failing to stop the killings:

We are disheartened that despite the re-occurrence of the attack, the government has not come out with a security plan to stop it […] We expected that the government should have mobilised more security personnel to the area. Every day, Christians are being attacked and killed and their homes and property destroyed. The killings have continued unabated and we are very worried. We urge the government and well-meaning Nigerians to stop the killings

The state's Governor Mallam Nasir El-Rufai has continuously condemned the attacks and vowed to fish out the attackers.

Kaduna is among Nigeria's north-central states, which is dominated by the Hausa and Fulani ethnicities and the Muslim religion. Christians are a minority, and tensions between the two groups have boiled over many times in recent Nigerian history. According to Musa Simon Reef, a respected journalist and media professional, Kaduna “represents the symbol of the long war of attrition that has existed between the Hausa-Fulani hegemony and its northern minorities” and “is best described as a theatre of blood letting.”

‘We need answers. This is genocide.’

Ndi Kato (also known as YarKafanchan on Twitter) is a political commentator, philanthropist and indigene of southern Kaduna. She shared a video of Evangelical Church Winning All representative, Barrister Wakili Kadima, speaking about the alarming situation in Southern Kaduna:

Barrister Wakili Kadima spoke with us on Thursday. The situation with our people; their lives and their farms is dire. #SouthernKaduna pic.twitter.com/aHN5aSmgdo

In the video, Kadima said:

…one of the major message we really like to pass on to the international community and particularly the government in their deployment of troops, is that the farmlands of all these refugees that you see here have been ravaged and grazed upon by cattle, have been set on fire and the youth of these communities have been fighting raging battles in the farmlands with the Fulanis for the past more than two weeks, we have had to bury some of them who have been killed in the battlefield, in the farmlands…

Yarkanchan, emotionally scarred by the gruesome murders of her people, revealed some images showing the enormity of the mayhem and accused the country's leaders of not doing enough to stop the violence.

This is what is left of Goska in Jema'a LGA. No Christmas for my people. We need answers. This is genocide. #SouthernKaduna pic.twitter.com/L5FZdHRdxY

LGA stands for local government area. NAN reports that Jemaa as well as Kaura and Zango-Kataf were put under a 24-hour curfew following incessant attacks by unknown gunmen.

She also posted photos of young people protesting against the attacks, with a banner that read, “Stop killing us”:

So today, after enduring FIVE MONTHS of MURDER AND MAYHEM, the Youths of Kafanchan came out to protest. #SouthernKadunaGenocide pic.twitter.com/T3W4FKIrjZ

The images in YarKafanchan's tweets have not been independently verified. However, Global Voices contacted YarKafanchan on the authenticity of these images. Her response:

The images are real. We have been sending supplies to the affected areas, so we have our people on ground who also send us these images and reports.

I haven't heard any message of empathy from our leaders Mr president , Governors, Senators or House of Reps! How heartless!#Southernkaduna

Professor Chidi Odinakalu, who not long ago was the chairman of the National Human Rights Commission of Nigeria, called for a consensus in the campaign to stop the killings in Southern Kaduna. He urged his followers:

Yamai Patrick, a graphic artist, made an illustration to call for an end to the killings:

In reaction to the crisis and the displacement of residents in the area, some citizens have taken to the internet to crowdsource funding for relief materials.

Thanks everyone for your kindness. We will not forget this and thanks to @Jollz and @YarKafanchan l. We just spoke to the Goska people too https://t.co/NdvD6WQsYY

Please follow hashtags #blanketdrive and #SouthernKaduna we need donations to buy blankets for displaced citizens. Thanks