Revellers in Costume Descend on Tokyo by the Thousands for Halloween 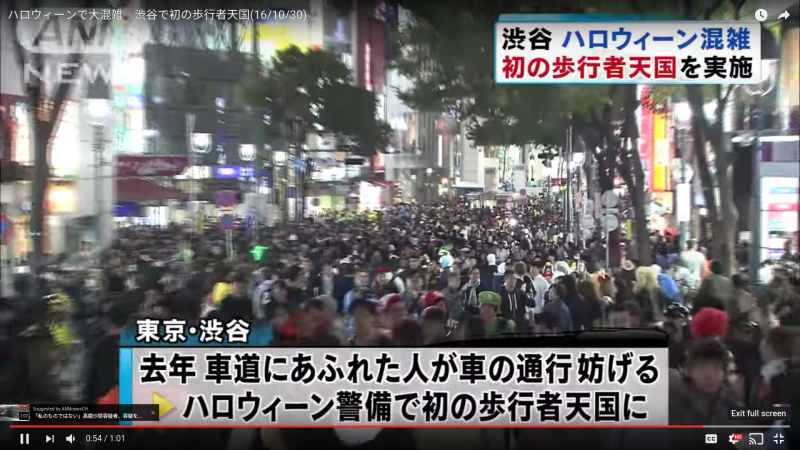 CAPTION: Roads were blocked off for pedestrians for Halloween 2016 after participants overflowed off of sidewalks onto city streets the previous year. Under strict security, Shibuya was turned into a “pedestrian paradise” for Halloween. Screencap from ANN News YouTube Channel.

One of Tokyo's most popular entertainment districts was shut down on Saturday, October 29 to host a giant Halloween Party. Shibuya, a “city within a city” in Tokyo, is ground zero for youth culture in Japan.

Its fashionable 109 department store and Bunka Mura Dori street are popular destinations for young people, and Shibuya itself is filled with nightclubs, karaoke bars and other places to have fun. And, each year, Shibuya is the scene of the biggest Halloween party in Japan.

These guys are risking getting sued for copyright infringement.

While there were some fears that rain and cool temperatures would keep crowds away, in the end thousands of people descended on Shibuya on Saturday night.

This is the first year that roads in and around Shibuya were closed to motor vehicle traffic for Halloween. According to independent news outlet Japan Today, in previous years “sidewalks were so jammed with people that it was almost impossible to move between 10 p.m. and midnight.”

The closed-off [part of Shibuya] included a 270-meter stretch in front of the SHIBUYA 109 Building, the Tokyu department store and Bunka Mura Dori [street], and another stretch of Dogenzaka from the 109 Building, to make a giant Y-shape [of closed-off space]. City streets normally dominated by cars were blocked off by barricades, and instead there was the rare sight of camera flashes going off amidst the people crowding the roadway.

Besides the fact roads were closed for pedestrian traffic, Halloween 2016 in Shibuya was notable for an effort to keep mess to a minimum and preserve order through a large police presence:

2016 Halloween in Shibuya: what it looks like right now (LOL)

This must be murder for people just getting off of work… it's impossible to move.

It's Halloween and it's crowded in Shibuya. And there is an abnormally huge number of police!

In a tweet, Sankei News also decided to focus on the participation of presumably non-Japanese (i.e., “foreign”) people in the Halloween festivities

A black person shouting “Whoo!” suddenly rushed onto the newly closed-off street. Under tight security, Shibuya closed down to cars for Halloween.

Since litter seems to have been a problem in previous years, organizers provided Halloween-themed garbage bags:

Newscasts reported on the size of the crowds, and provided some footage of costumes.

Halloween has been growing in popularity in Japan over previous years. In 2016, there was more money spent in Japan on Halloween than on Valentine's Day. 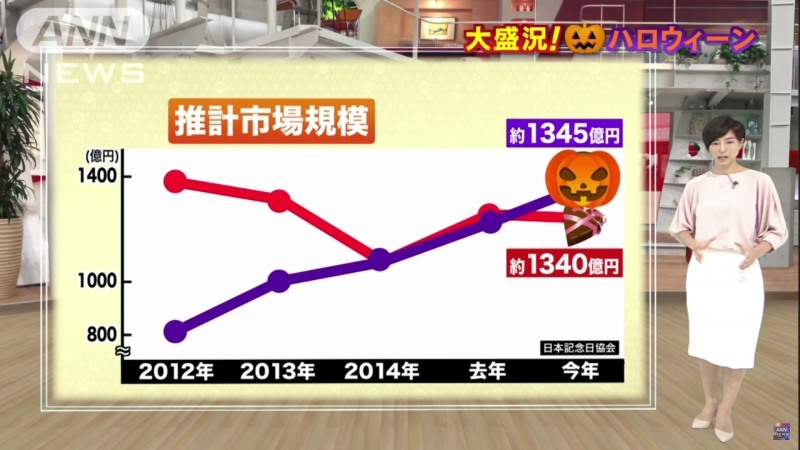