In solidarity with the city of #Orlando (photo by @idanscohen)

In the early hours of Sunday, June 12, United States authorities say Omar Mateen entered a gay nightclub in the Florida city of Orlando and opened fire on the densely packed crowd, killing 49 and injuring an estimated 53 more — making it the largest mass shooting in US history.

Israelis reacted immediately with an outpouring of love and support. Their solidarity came only days after a shooting by two gunmen in Tel Aviv's Sarona Market that killed four people and injured 18.

Avi Blecherman posted photos of the crowd gathering in Tel Aviv, Israel's cultural center, with signs reading, “No to LGBTQ-phobia,” “No to Islamophobia,” and “LGBTQ lives matter.”

Now in Tel Aviv: LGBTQ Lives Matter. We are all #Orlando. No to LGBTQ phobia. No to Islamophobia. #Loveislove pic.twitter.com/DnGl0ZWC8T

Countless Israeli citizens and residents posted photos of Tel Aviv's city hall, which lit up in solidarity with the LGBTQ community, in three variations: with the United States’ stars and stripes, the rainbow pride flag of the gay community, and Israel's blue and white Star of David motif.

From the official account of the mayor of Tel Aviv, Ron Huldai tweeted:

In solidarity with #Orlando #TelAviv City Hall is lit up with the #USA flag and the flag of the #LGBTQ community pic.twitter.com/ULKR0BeR7N

The tweet has garnered 2,000 retweets and 2,900 likes at time of writing, but photographs posted from smartphone cameras by individuals are also being widely posted, decentralizing the image across Israeli social media platforms.

A video of Tel Aviv's City Hall lights can be seen here:

Mayor Huldai has posted 11 times since opening his account on June 2, 2016. Following his announcement tweet, his first official post was a celebration of Tel Aviv's pride parade, tagged #LoveWins:

I am proud to launch the 2016 #TelAvivPride parade #LoveWins pic.twitter.com/5gIjwQi0ne

A reputation for tolerance

It is important to note Tel Aviv's status as one of the world's “gay-friendliest cities,” cited as “The Gay Capital of the Middle East,” and “The Gayest City on Earth.” It hosts one of the world's largest gay pride parades, which reported 200,000 participants this year.

Although same sex couples cannot legally get married in Israel — marriage is under the rigid jurisdiction of the religious court system — same-sex marriages performed abroad are legally recognized. Other hallmarks of acceptance include the ability of gay parents to adopt children and openly gay soldiers serving in the military.

Like a myriad of other countries across the world where gay culture is embraced in urban cultural centers but meets limited tolerance elsewhere, there is little social acceptance for expressions of sexuality outside of Tel Aviv. Religious and cultural conservatism as well as a lack of social exposure still prejudice people against the LGBTQ community. 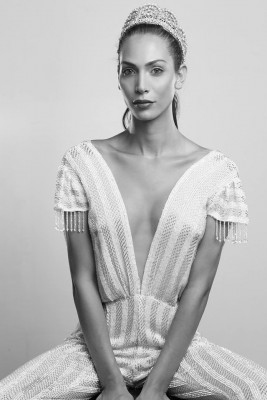 Yet, there has been a growing openness toward gay issues in the public sphere over the last decade. Professor Uzi Even became Israel's first openly gay Knesset (parliament) member in 2002, followed by journalist Nitzan Horowitz, who joined the Knesset in 2009. Both are members of the left-wing Meretz party. Horowitz also ran for mayor of Tel Aviv in 2008 (losing to Mayor Huldai, quoted above), which would have made him the first openly gay mayor in the Middle East.

In 1994, Israel's Dana International, a transgender male-to-female performer, won the title, “Female singer of the year,” followed by a 1998 win of the Eurovision Song Contest with her song, “Diva.” And 2016 saw the crowning of Miss Trans Tel Aviv, whose first winner, Talleen Abu Hanna, is an Arab Catholic, born and raised in Nazareth. (See a video profiling her here, in Hebrew with English subtitles.)

Building of the Tel Aviv municipality tonight. Over 10% of TLV's City Council are members of the LGBT community https://t.co/SjQoP6h4WH

While The Camel's Nose, who frequently posts about Israel and the Middle East, rejected the notion that Tel Aviv's support is a nod to “pinkwashing” — a term used by critics positing that Israel's promotion of gay rights is meant as a diversion from other controversial issues.

Israel's response to the Orlando attack should raise major skepticism about the validity of the “pinkwashing” claim https://t.co/0cuNyrAI00

‘It’s always the fear of those who are different’

Omar Mateen's identification as a Muslim led many on Israeli social media to comment on traditional Islamic views toward the LGBTQ community. Hen Mazzig, educational director of the outspoken pro-Israel advocacy group Stand With Us, for example, cited a 2013 Pew Research poll that found “widespread rejection in predominantly Muslim nations and in Africa, as well as in parts of Asia and in Russia.”

To compare, 60% of the US public surveyed responded “yes” to the question if society should accept homosexuality and 33% said “no.”

Others pushed back against the focus on religion.

those feasting over Islam connection:where is ur humanity 4Americans killed in mass shootings every single day?If u have none, just b silent

It doesn’t matter if the murderer in Orlando was Jewish, Christian or Muslim — the same hate crimes keep targeting us [the LGBTQ community], over and over again, across the world… We’re not going to address the ethnic origin of the murderer in Orlando, or the question of ISIS or whether he visited radical Islamist websites before he decided to go and massacre a club full of LGBTQ people. It doesn’t matter exactly which religion made him hate us to death. Sometimes it’s Christianity, sometimes it’s radical Jewish extremists, sometimes it’s Islam. It’s always the fear of those who are different, those who challenge the existing order.

In conclusion, Rena Bunder Rossner spoke of the “circles of influence” from which this great and tragic loss will resonate:

50 people???? And every one with family, with friends and circles upon circles of influence and futures…my heart is shattered.

To honor those lost, please refer to the City of Orlando's record of names, which is being updated as more people are identified.