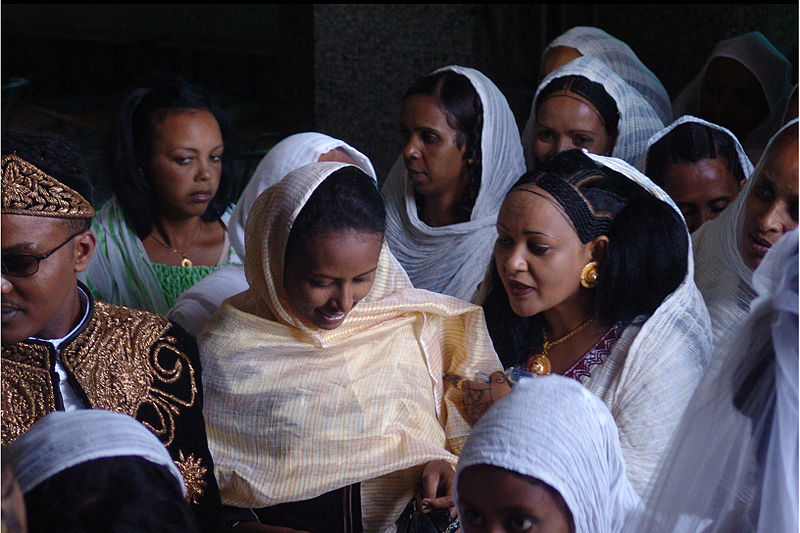 A fake story posted online alleging that the Eritrean government has passed a law forcing men to marry at least two wives or go to jail has prompted funny memes from Twitter users across Africa.

The story claims that the law was passed due to a shortage of men because of heavy casualties during the war with Ethiopia. The Eritrean–Ethiopian War took place from 1998 to 2000.

Sahara Reporters, a New York-based, Nigeria-focused news site, spoke with an Eritrean government representative at the Eritrean Mission at the United Nations in New York, who denied the rumor.

The website also spoke with Eritrean expert Awet Weldemichael, an assistant professor at Queen's University in Canada, who denied the story as well. Eritrean government officials have since refuted the story.

While it is not clear exactly where the story originated, many of the news sites that have published the hoax have yet to retract it.

Twitter users found fodder for memes in the hoax story. Here is a sample of hilarious tweets after the story appeared online:

Spotted at Eritrean Embassy in Nairobi today. Men struggling for a visa to Eritrea. After hearing men must marry ✌. pic.twitter.com/VG8qJFaJJo

When President Uhuru heard about the ‘mandatory two wives’ story in #Eritrea. 😭 pic.twitter.com/Ml73vXanOx

When your Eritrean wife is celebrating her birthday and you surprise her with a new co-wife pic.twitter.com/nFCRWTYPXQ

The first Nigerian to pick up his two wives from Eritrea. He told the press, “If I could do it, so can you.” pic.twitter.com/r3NbeooXF8

When you tell wify that u have to attend an emergency A.U. Summit in #Eritrea pic.twitter.com/K5ui44R2S3

When i heard the news from Eritrea….heading to the embassy for my free Visa like… pic.twitter.com/bSWkMUHzQw

My passport is missing. I suspect my wife knows about #Eritrea

Am already evolving Ugandan money to fit an air ticket to #Eritrea. pic.twitter.com/F1Zrj4xjwO

Zimbos be like…Passport, Visa, Citizenship for who? We got this y'll #Eritrea we here!!! pic.twitter.com/Oq7gwTZOUX

When you hear your VISA to Eritrea is cancelled pic.twitter.com/LYKNgQU0Rr