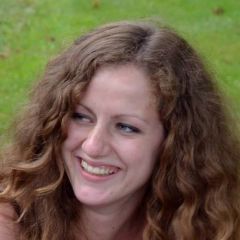 Beirut, Lebanon. 23rd August 2015 — A man stands next to burning barb-wire in Riad el Solh Square in Beirut, Lebanon after the army was deployed to curb the rubbish disposal protesters rallying in the capital against the government. — Protest organized by the “You Stink” movement Sunday turned into violence in Beirut Riad AlSolh square after protesters started to remove the barbed wire that leads to the Grand Seraii, Lebanese government head quarters building. Photograph by Issam Abdallah. Copyright: Demotix

Videos coming out of Lebanon show protesters being attacked viciously by security forces using teargas and water cannons, shot directly at the crowds.

The Tol3et Re7atkom (You Stink) movement gathered thousands of people last weekend in Beirut to demonstrate for a sustainable solution to the country's piling rubbish. But protesters were met with police violence in some cases, despite the movement's declarations that it is adhering to Non-Violent Direct Action (NVDA).

Here are some videos which show examples of police violence against civilians.

After chanting “This is a peaceful protests” civilians were beaten up by police forces:

This footage shows teargas being fired directly at protesters:

This video allegedly shows security forces attempting to kidnap and beat a woman:

Police trying to disperse the protesters in Beirut:

Teargas bombs launched at the protesters:

Teargas fired at the protesters inside Beirut Souks:

Protesters, civilians trapped and fired with tear gasses by the police INSIDE Beirut Souks.

Lebanese blogger Joey Ayoub, who is also a Global Voices Online Lebanon author, provides a first-hand account of what happened on August 22 and how the situation escalated on his blog Hummus for Thought. Ayoub explains:

I was there alongside thousands of Lebanese citizens demanding for our rights when we were met with police brutality, teargas canisters, water-canons and armed thugs following peaceful protestors and beating them.

As one of those who helped organize this protest, I can safely tell you that the government’s reaction was beyond anything we were expecting. We were expecting water-cannons like last time, and many of us came prepared for those (putting our phones in plastic bags etc.). But we were not prepared for the teargas and we were certainly not expecting to see riot police and army men playing the role of government thugs.

The sheer savagery of riot police and army men shooting teargas canisters haphazardly at any concentration of people they saw in front of us was a shock to us all. We saw old women and children between carried by men to save them from getting crushed by everyone else. We were yelling ‘we have kids! We have kids!’ while riot police increased the velocity of the water cannons until none of us could stand on our feet. The water-cannons pushed nearly 10,000 people into one another on a narrow street. Kids who came with their parents were being trampled on, old ladies screaming ‘shame! shame!’ while they tried to run away, young men and women building a solidarity wall to prevent the brutality of water cannons from hitting the weaker ones among us.

It was extremely dangerous. We genuinely feared for our lives. And for what? Demanding sustainable solutions to Lebanon’s trash crisis as opposed to its current catastrophic mismanagement? Wanting to live normal lives free of such suffocating corruption and sectarian nepotism?