An Iranian Facebook users in Tehran does the ALS Ice Bucket challenge, even though Iranians cannot donate to the charity because of sanctions.

The original version of this post appeared on the Masters of Media blog at the University of Amsterdam.
The social media phenomenon known as the ALS ice bucket challenge has indeed become global. As of a few weeks ago, it made its way the Islamic Republic of Iran, a country under such strict western sanctions that donating money to the US-based ALS foundation is against international and US law. Yet countless Iranians, despite the sanctions barrier which nullified the purpose of the challenge, and the nation’s extreme water shortages, went ahead and poured ice water on their heads and posted these videos on their Facebook accounts.
What are we to make of this? Are Iranians really more consumed by the likes and attention they can gain from their friends than they are with tangible problems within their own country, namely the massive water shortage in Iran’s Isfahan region? This is a unique manifestation of what Ethan Zuckerman has popularly termed the “cute cat theory” of the Internet, whereby the mundane and entertaining potentials of the Internet captures the interest most users. Watching Iranians dousing themselves in freezing cold water, one realizes that the cute cat theory may even reign supreme in a country that is typically thought of as repressive.

As a whole, the Internet has made it possible for us to engage in greater connectedness, collective action, and free expression (depending on where we live in the world.) I choose who I friend and what I like on Facebook, and I choose who I follow on Twitter. But how do we dig through all of this content to find what is relevant? The list of networks we can subscribe to at times seems endless. There is Facebook, Twitter, Tumblr, then selected pages and lists on these social networks as well as their news feeds, and timelines. The various nodes of connection seem invariably to open new pathways to new kinds of information.

But how does one digest and filter out what’s relevant in this scenario? Do we have the right expertise to know which news story or post is the most relevant to our lives, work, and studies?

Information overload is a struggle I deal with everyday, as I amass countless tabs throughout my day of things I should read, but often don’t have the time for. In Rewire, media studies scholar (and Global Voices co-founder) Ethan Zuckerman suggests that the challenge before us has less to do with access to information and more to do with “paying attention.”: He continues: “That challenge is made all the more difficult by our deeply ingrained tendency to pay disproportionate attention to phenomena that unfold nearby and directly affect ourselves, our friends, and our families.”

Zuckerman’s thesis in Rewire rests on the notion that in our digital cosmopolitan world, we might be as connected as ever to different cultures and countries through the Internet, but our knowledge of far away places and issues might still remain at the same level as before the World Wide Web connected us to all of this information. That is, we might have Facebook and Twitter feeds to help us connect with things, and be informed on topics we normally wouldn’t be exposed to, but we often find ourselves following things that are naturally interesting to us within our localities, and the updates of our close friends. Thus, an Iranian might prefer to follow his friend’s ice bucket video than to contemplate the growing water crisis a few provinces away.

One culprit at the centre of this milieu may be the tools themselves. That is, we used to blame the traditional sources of mass media, such as CNN, BBC, and the New York Times for the selection of information, or scrutinized authoritarian governments for their control over newspapers, and broadcast reporting. But now, the companies behind the platforms we use are central to our current notions of information control.

While we don’t rely on the traditional media centres to access information, how we extract information is often at the whim of the tools we use to see this free flowing information. Indeed, the algorithms that filter the content in the programs and applications such as Facebook and Twitter shape much of our online transactions. The code inherent in Facebook and Twitter are responsible for how we digest information. The impact of this has been so far-reaching that Facebook has invested resources in understanding how information presented to us can manipulate our emotions.

The rise of the Internet has been hailed by others as a popular ideology that equates technology with empowerment. In some regards this is true. Take Iran, for example. Prior to the Internet, Iranians often relied on state controlled newspapers, radios and sometimes even illegal satellite dishes broadcasting western channels. Regardless of the western, or state origins of the information, it was not free, and under the control of certain authorities. Despite filtering, circumvention technology is ubiquitous in Iran, and Iranians make up one of the biggest populations of Facebook users globally, with an ever growing number of Twitter users adding to the mix (Iran’s Minister of Culture places the number of Iranians on Facebook at 4 million users). That is to say, despite slower Internet speeds, Iran is part and parcel of this case study of global online information interactions.

Ultimately, what we see across platforms and countries with significant proportions of active Internet users, is that just as the Internet has the ability to create this new paradigm of control within a framework of ubiquitous access, it also has the ability to generate conversations that question these systems. The conversation around how the Internet is governed, and the role of corporations in shaping this world is an important one that affects our human right to unfettered, and free flowing information as global citizens.

Indeed, the problems inherent in the code of Facebook and Twitter in breaking relevant news have been covered by major media including the Guardian, and CBC, and have been shared on Facebook and Twitter accounts. What’s left for us to do is recognize the importance of these new forms of control in our new information age, and keep this conversation alive, constantly questioning how this increasingly important realm of the Internet is governed. 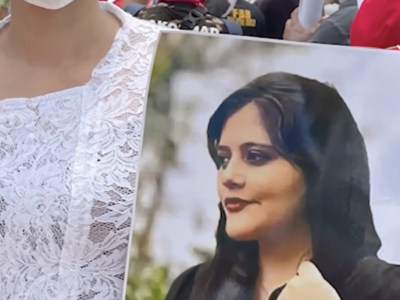