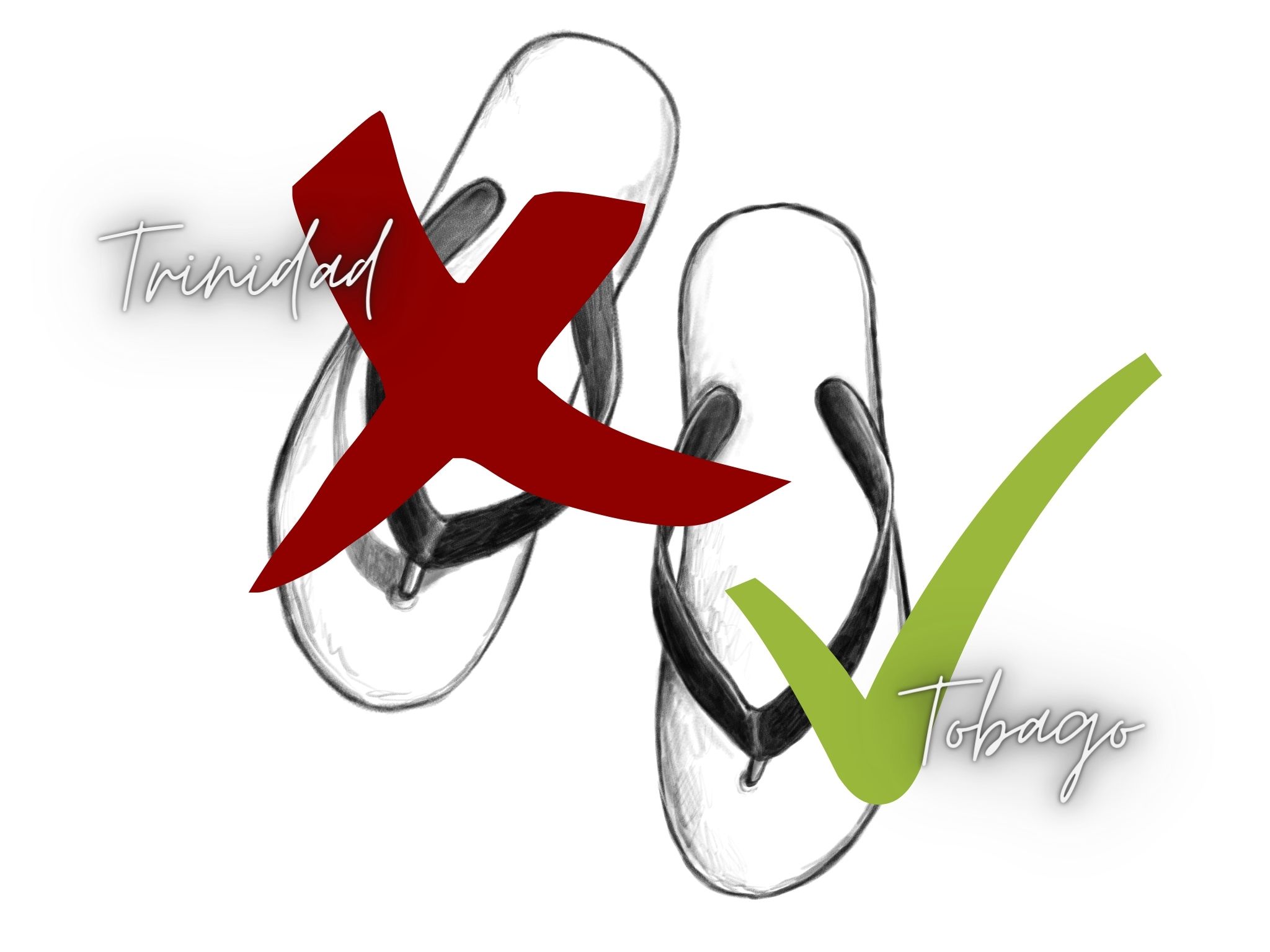 If you visit a government office in Trinidad and Tobago — as is the case in many Caribbean territories — you must adhere to a strict dress code. You may not wear anything “sleeveless” (including cap sleeves and vests). Mini-skirts, shorts, capri pants, leggings, slippers and sheer or transparent clothing are also off the table. Many state enterprises and financial institutions also prohibit headwear for security reasons — ironic now that masks are mandatory in the country's public spaces as a result of the COVID-19 pandemic.

Failure to adhere to these guidelines will, more often than not, result in your being unable to access these government services, as you will be given a public dressing down and asked to leave the building. This treatment has been a bone of contention for the public for decades, with citizens suggesting that such dress codes are outdated and do not take into consideration the country's tropical climate — mean daily temperatures are 26.5 Celsius or 79.7 Fahrenheit — nor the fact that not every member of the public may have a wardrobe that satisfies the requirements.

As such, one of the first orders of business that the new Tobago House of Assembly (THA) Chief Secretary Farley Augustine has done after his party, the Progressive Democratic Patriots (PDP), secured a landslide victory in the island's December 6 elections, is retire the contentious dress code.

Referring to the practice as “vestiges of colonialism,” Augustine maintained that no member of the public seeking to access government services should be turned away based on their attire:

Effective immediately we will […] send out a circular notifying of the change in policy with regards to the dress code for people seeking services in THA offices [doing away with] those clumsily written signs about no shorts, no sleeveless and no slippers […] We are not the first in the Caribbean to do this, it is about shaking off the vestiges of colonialism that we have held onto for dear life. No one can convince us that we ought to turn people back because they are wearing slippers. The taxpayers are paying us, we will dress professionally and serve the people however they come.

Most social media users welcomed the change, with several calling for Trinidad to follow suit. Facebook user Gerard Johnson said the former dress code was “one of the most ignorant policies on the plantation”, while A Corey Gilkes referred to it as “the most visible proof of the bankruptcy of our ‘Independence'” and quipped that he “wear[s] jacket and tie for the only time of the year it is appropriate to do so: J'Ouvert Morning.” (J'Ouvert is the sacred, elemental, messy ritual that marks the formal opening of Trinidad and Tobago Carnival.)

To refuse service to anyone for any reason related to dress codes are discriminatory, classist, and rooted in colonialism and segregation.

However, not everyone was comfortable with the relaxed dress policy. Trevor Williams suggested that “some people will go to the extreme if they are not restricted,” to which Merlin Hernandez replied:

Fascist much? Curtailing freedom with fear, (the colonial playbook, of course), and enforcing it through rules (and law perhaps). Playing the pan was once unacceptable to the elitist (read fascist) colonial mindset. Beating a drum was once illegal too. So now it's showing underwear…

Cheryl Hernandez made the point that the old dress code promoted a double standard, since some government employees flouted the rules, while Pat Agar mused:

That whole dress code policy in T&T is plain silly. It would make more sense to require good manners and patience when doing business.

The latter point was echoed by many, especially after Minister of Public Administration Allyson West deemed there were more pressing issues for her to deal with than a dress code.

In response, blogger Denise Demming suggested that if properly examined, the issue was one of social justice:

It is a problem of politicians losing touch with the needs of ordinary folks and forgetting the old adage that little things mean a lot. Most of us just want to live, follow the rules and keep out of trouble but the system works against us.

Quite a few social media users shared their stories about the many ways in which the system has worked against them—and how some have managed to outwit the enforcers of the dress code, often in clever and comical ways.

With the new dress code already in effect in Tobago, citizens can now go about their business without fear of being humiliated or turned away, but it seems Trinidad, mired in bureaucracy, may have to wait a bit longer.